Popular Bay Area pizza chain Patxi's may be getting a parklet outside its Irving Street location. The restaurant has collected letters of support from neighbors and nearby business owners, and last month, they submitted their proposal to the Planning Department.

Marketing head Jim Howard said Patxi's is still very early in the parklet process. "There will be many months of talking with residents and talking with neighbors before this would ever become a reality," he said. "We want to hear from people and make sure everyone's comfortable with it and that we can address any concerns." If the proposal is approved, he estimated installation would take about 18 months.

Howard said the idea for the parklet came from a neighbor, who asked Patxi's if they'd be willing to build it. They agreed, deciding it was in line with their community-minded mission. "One of the foundations of Patxi's is giving back to the community," said Howard, citing the "52 Weeks of Giving" program, in which the restaurant dedicates one day a week to a local school or organization, donating 10 percent of profits.

The Inner Sunset is already home to one parklet, in front of nearby Arizmendi Bakery. Installed in 2011, it faced vocal opposition from a small group of neighbors, but was otherwise widely supported. 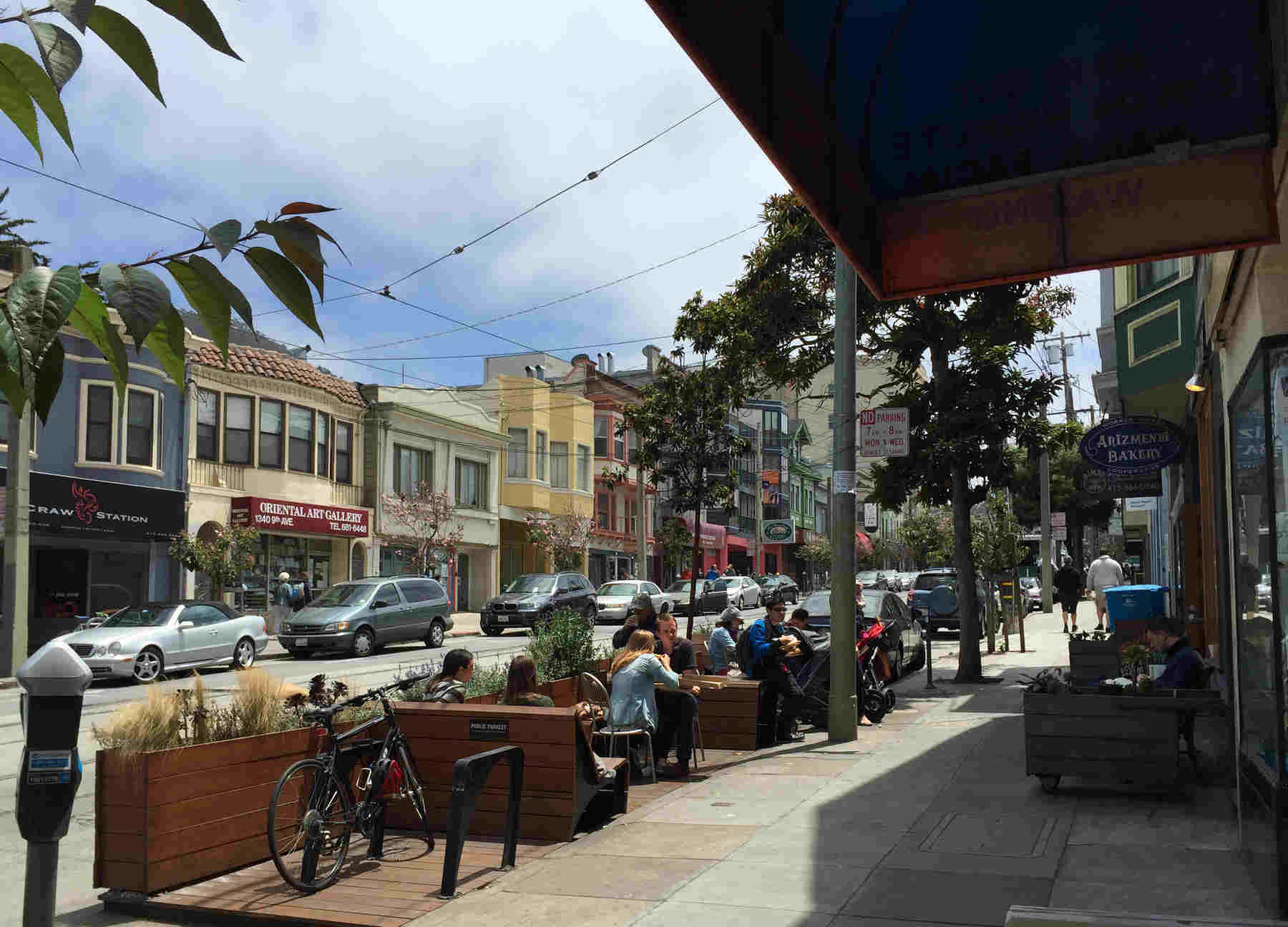 The Inner Sunset's only current parklet, outside Arizmendi Bakery.

David Zimmerman, president of the Inner Sunset Merchants Association, said the association is neutral on the proposal. Some businesses are for it, while others are opposed to the removal of parking spaces. "More green spaces are a good thing, but from a purely merchant and neighborhood perspective, parking is tight, and there's a duplicate park less than 100 yards away," he said. 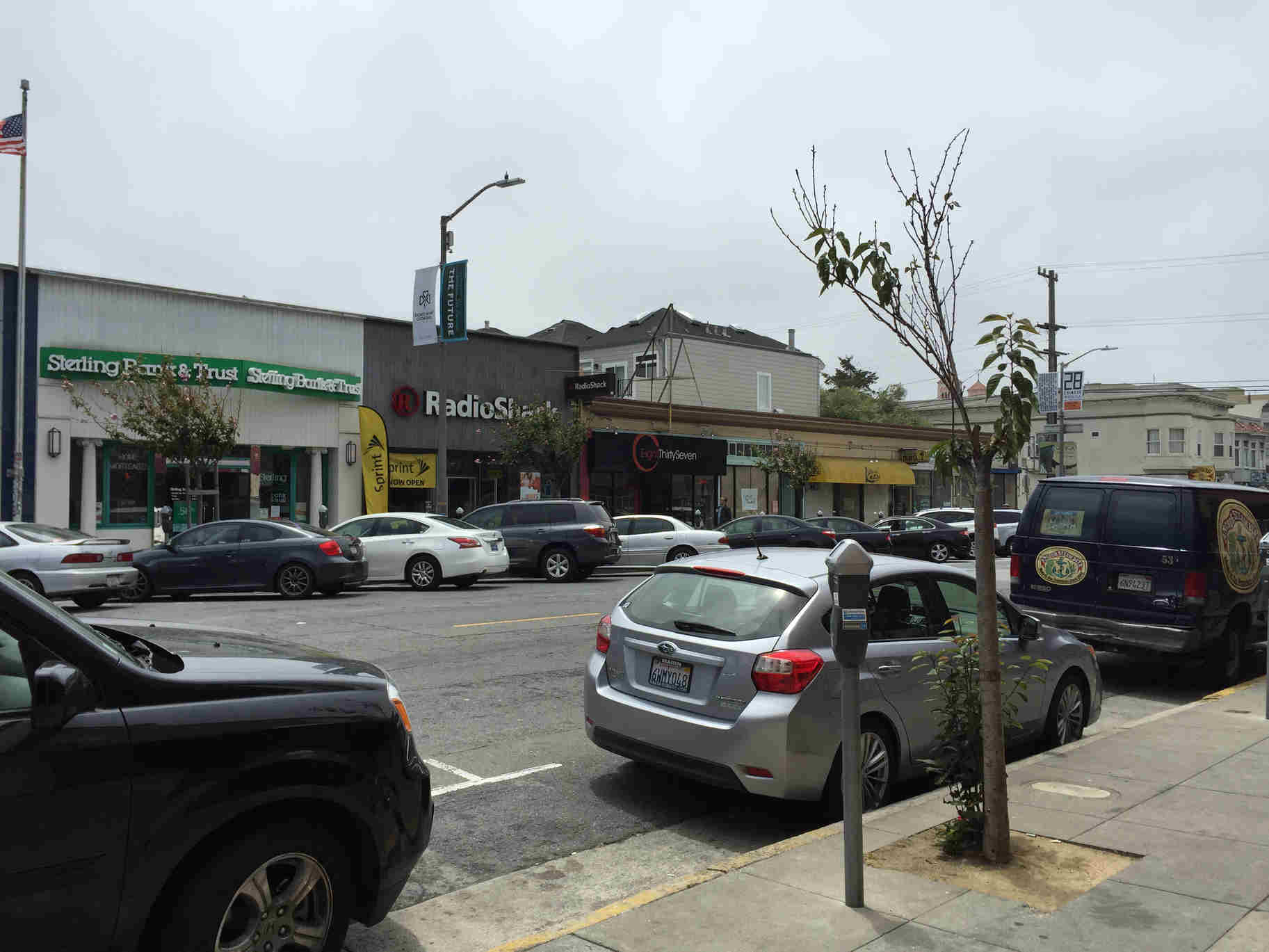 The site of the proposed parklet.

A draft of the parklet design has been completed by architect Shane Curnyn, who also designed the parklet outside Devil's Teeth Baking Company in the Outer Sunset. The design, which is subject to change, currently incorporates umbrella-shaded tables, benches interspersed with greenery, and a wood and metal fabrication designed to hold up against the elements. 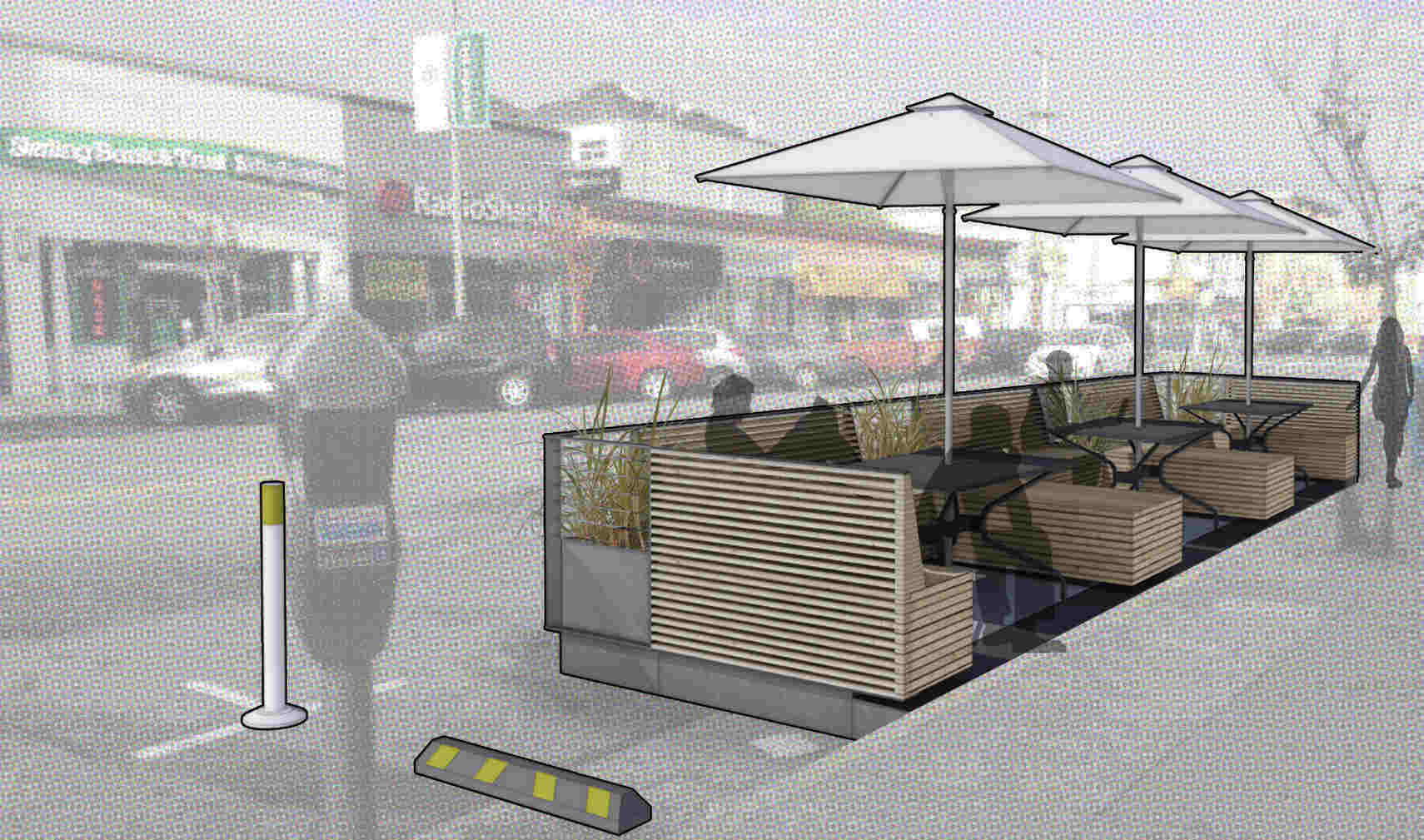 Draft design of the proposed parklet. (Photo via Patxi's Pizza)

If the city approves Patxi's proposal, which Howard said could happen in the next two-four weeks, the planning department will issue a public notice. Any objections will be discussed at a hearing held by the Department of Public Works. If the outcome is favorable to Patxi's, the parklet will progress to the design, development and permitting stage (which can take two-six months or longer), then to fabrication and installation. We'll keep you posted as the process unfolds.