For the grand finale of Pride Weekend today, we'll be posting photos from the parade and happenings around town. Have some good ones for us to include? Email them to editor (at) hoodline (dot) com, tweet at @HoodlineSF or post to facebook.com/HoodlineSF.

Newest posts on top – scroll down for a roundup of our coverage of Pride events over the past days and weeks.

Tara Toni (right) proposed to Jennifer Berg (left) this morning in front of the start line of the parade at 10:20am – right before she led the parade at the front of Dykes on Bikes. They've been living together in Western Addition and planning on getting engaged for a few months; they talked about it often. One of their friends suggested that they make a competition of it to see who would have the better proposal. Tara took the opportunity this morning to ask Jen to marry her. Jen, of course, said yes. Text by Alisa Scerrato, photo by Jessica Brown.

The parade begins with a celebrity sighting or two.

The parade kicks off at 10:30am, with massive amounts of traffic expected in all forms. The SF Chronicle put together this map of the street closures around the official Parade, per the SFMTA.

And CBS explains how the whole Bay Area is descending into complete traffic anarchy from north to south and east to west.

Commuters to the parade agree.

@HoodlineSF even the sky was with the program for Pink Saturday in the Castro pic.twitter.com/Vhr2jQsiAU

The Castro celebrated the SCOTUS ruling in style on Friday night. One Facebook event group, #DecisionDay SF, indicates that 1,500 of its members attended. There were no doubt many more. Photos, including the cool GIF above, by Win Mixter. 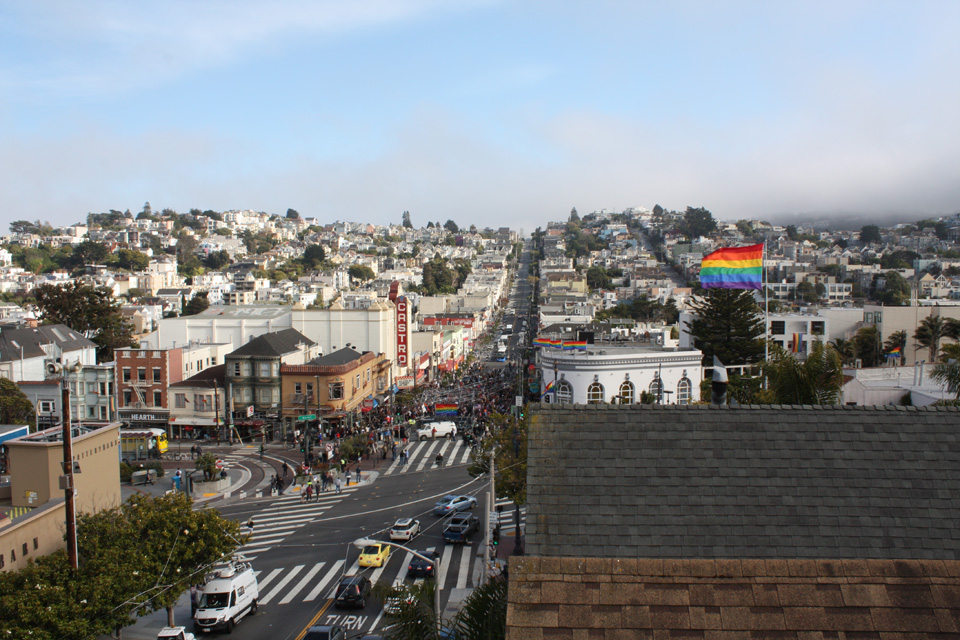 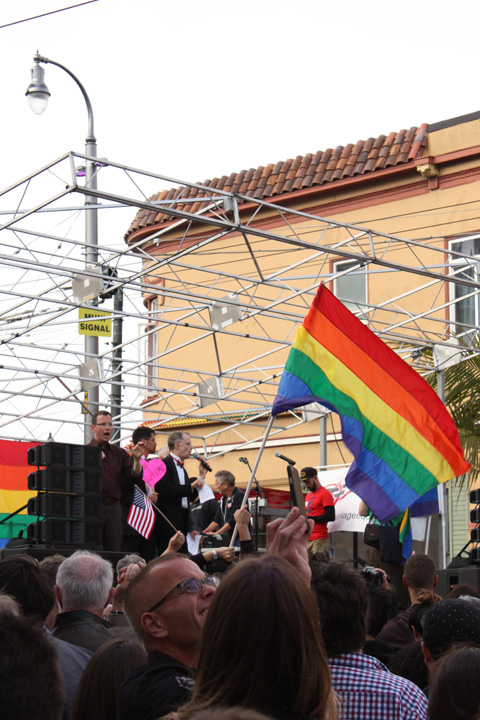 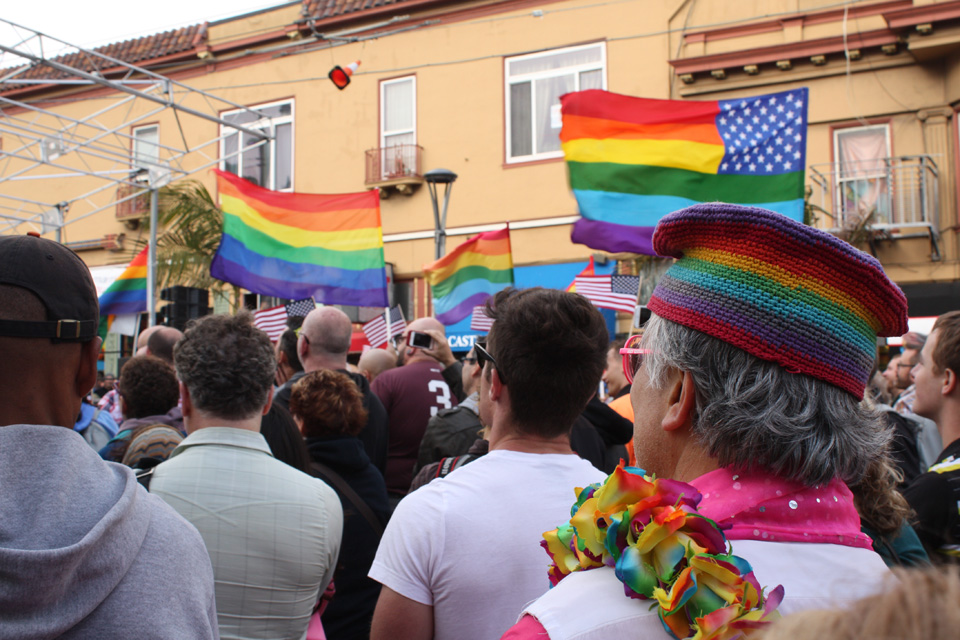 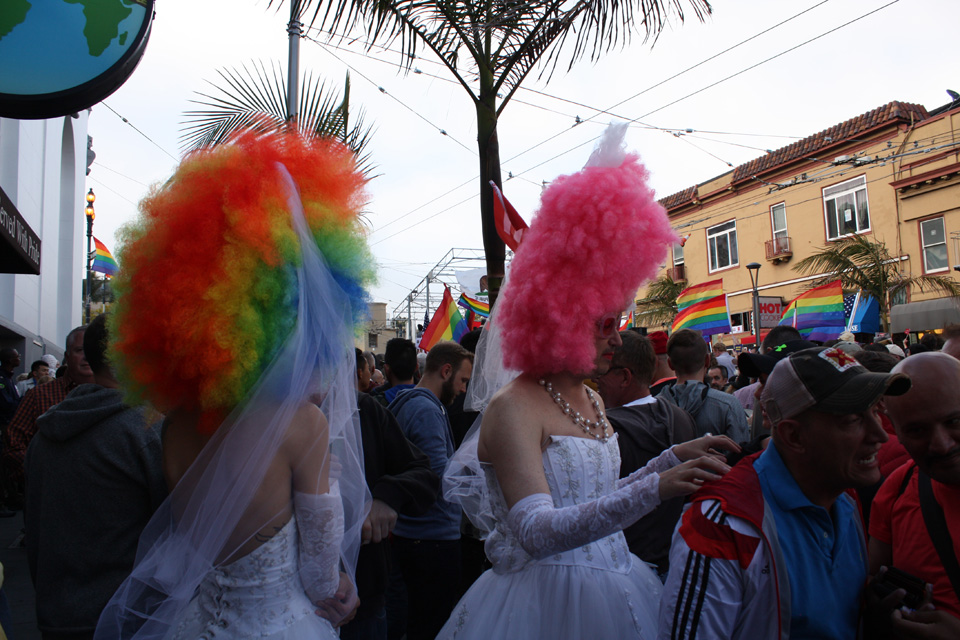 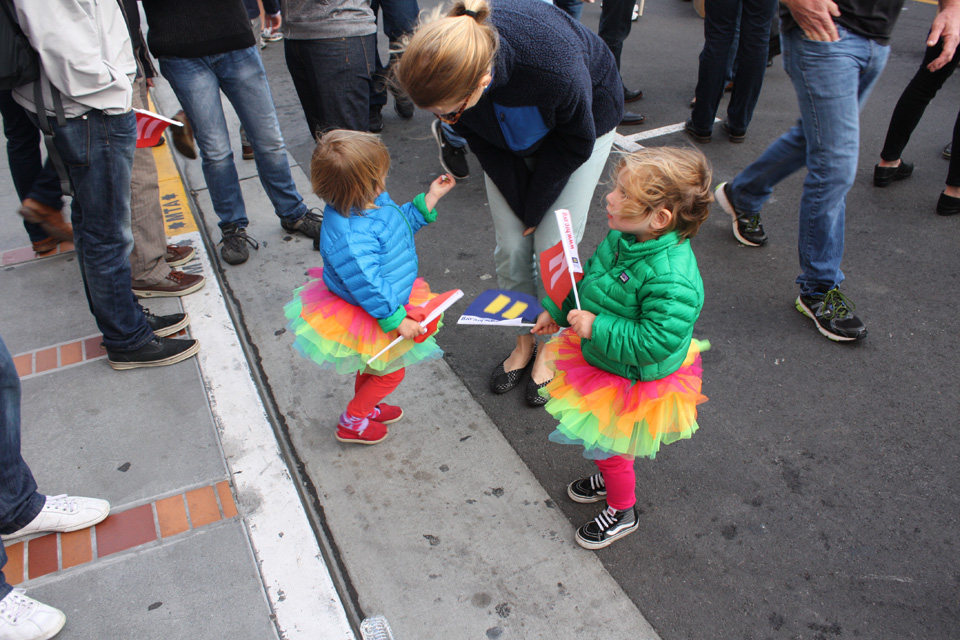 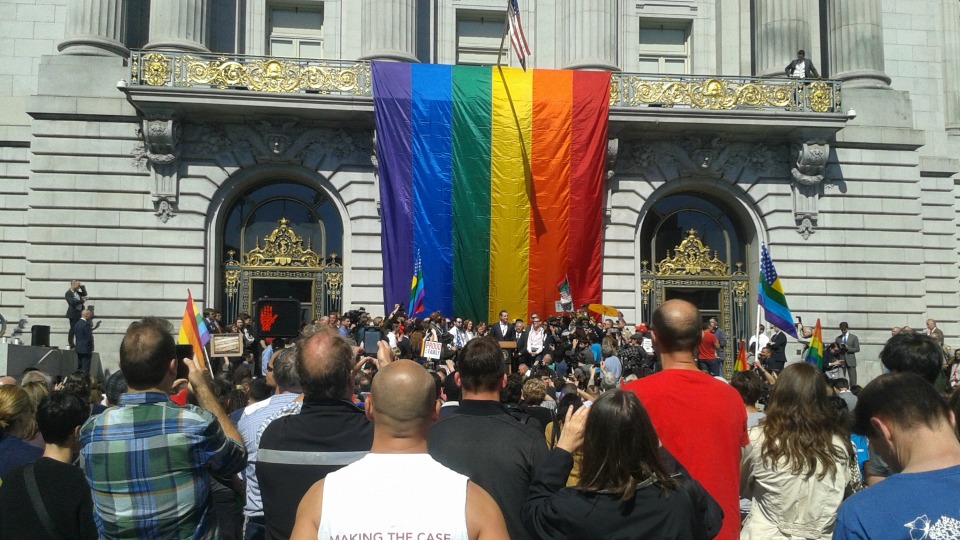 The weekend got off to a huge start on Friday morning when the US Supreme Court ruling in favor of gay marriage for all 50 states. Dignitaries were on hand at City Hall to commemorate the occasion. Photo by David-Elijah Nahmod.

We've been covering LGBTQ history, traditions, personalities, events and much more around our neighborhoods in the lead-up to Pride. Here's a selection of stories in case you missed anything.

A Dream And 100 Dresses: The Life Of Peaches Christ

Here Comes Pride: Your Guide To This Week's Events And Activities

Frameline Opens With Provocative 'I Am Michael' At The Castro Theatre