After a seven-hour public hearing yesterday evening, the Board of Supervisors voted to strike down appeals and approve Forest City's 5M Project.

As we previously reported, the four-acre site includes parcels at Fifth, Mission and Howard streets owned by the San Francisco Chronicle. Forest City has been working with the city and community members over the past eight years to devise a plan that turns underutilized parking lots and commercial buildings on those parcels into mixed-use office and residential towers between 200 and 450 feet high, while preserving the historic Chronicle, Camelline and Dempster buildings.

During yesterday's public hearing, the full Board of Supervisors was required to consider appeals of the environmental review and office space allocation filed by the South of Market Action Committee, South of Market Community Action Network, Save Our SoMa and Friends of Boeddeker Park, and approve or deny the creation of the 5M Special Use District that would amend the area's existing zoning to allow the developer to construct towers on the lots.

While Supervisor Jane Kim announced last week that Forest City had agreed to make 40 percent of the proposed 610 units affordable for low- and middle-income individuals and families, about 70 residents spoke in favor of the appeals.

In opening remarks, an attorney for the appellants argued that the environmental review certified by the Planning Commission in September was defective for many reasons. The report included multiple different project descriptions that were misleading to the public, she said; it did not analyze the environmental impacts of a version of the project that adhered to the neighborhood's existing zoning controls; and it was compiled in 2012 during the recession and does not take into consideration the growth the neighborhood is currently undergoing. Additionally, the shadowing effects on Boeddeker and Yerba Buena Gardens and the quality of the project's proposed public open spaces were not studied sufficiently, she argued. 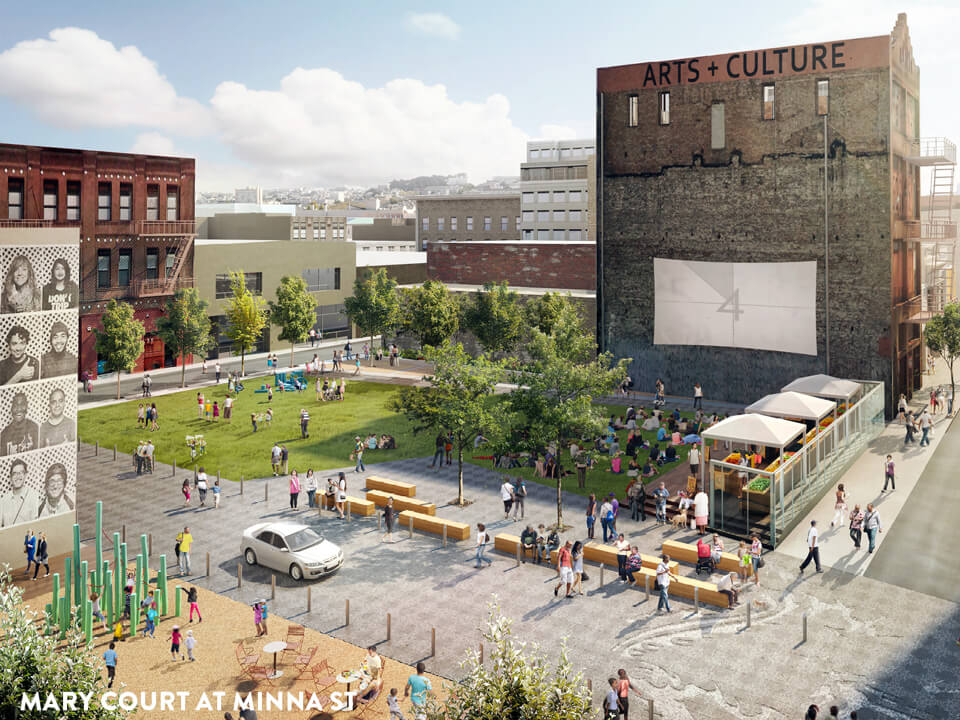 When pressed by Supervisor Jane Kim for more detailed examples of how these claims rendered the EIR defective, the attorney refused, noting that a letter submitted by the appellants provided those facts.

During public comment, droves of Filipino residents and community service providers urged the board to side with the appellants, underscoring the project's potential to raise property values, incite evictions, and flood the area with new residents and workers that will overwhelm the existing working class community. Speakers highlighted the city's history of displacing the Filipino community for development — citing the I Hotel evictions that disbanded the former Manilatown in the current Financial District and demolition of homes and businesses to create Yerba Buena Gardens  — and called these acts systematic oppression and racism. Echoing the sentiments of an op-ed published in the Examiner earlier this week, many also argued that the project would be zero percent affordable to low-income individuals and families currently in the neighborhood.

About 35 commenters in favor of the project focused on its unprecedented percentage of affordable housing on private land and argued that this type of density near transit is in line with the city's general plan — an argument that Planning Department representatives focused on as well.

Representatives from the Planning Department and Environmental Planning also assured the board that the project's potential to displace existing residents was studied extensively. Not a single residence would be demolished to create this new housing or office space. And when analyzing the housing stock within a quarter mile of the project, they found that 90 percent of surrounding units were subject to "some" level of protection, meaning they are either rent-controlled, owned by a nonprofit, adult supportive housing, below-market-rate units under the purview of the Mayor's Office of Housing, or SROs subject to the hotel conversion ordinance.

As for the claim that none of the project's affordable units would be truly affordable, Supervisor Kim and representatives of the Office of Economic and Workforce Development walked through the numbers multiple times, providing specifics on the number of units being set aside for formerly homeless individuals and families, as well as low- and middle-income earners. The Planning Department outlined exactly when each affordable housing agreement would need to be provided in order for the developer to receive building permits for each portion of the project. It was also noted that that the project's proposed community benefits package does exceed what would be possible using the still-under-development Central SoMa Plan. 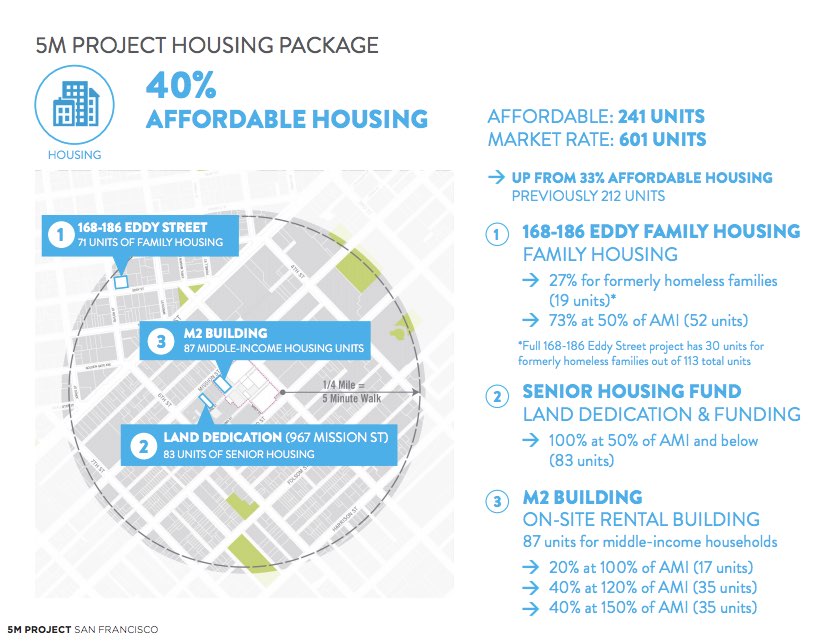 Prior to the vote, supervisors Avalos, Campos and Mar expressed their concerns and explained why they could not vote in favor of the development.

Supervisor Avalos noted that some aspects of the project are worthy, but said, “I really feel that gentrification is real. We can see the projected rise in land values. I want to stand on the right side of history."

Supervisor Mar expressed concern regarding the way the affordable housing package was calculated and the decision to spot-zone the project. He argued that the development was out of scope for the surrounding residences and small businesses, would result in displacement and should have adhered to existing community planning.

In her remarks supporting the project, Supervisor Kim argued that SoMa has a far lower eviction rate over the past 10 years compared to other districts due in part to the area's housing development boom. And, she said, if the Board could not support 40 percent affordable housing, she didn't know what they could support.

In the end, the development passed with an 8-3 vote — with a few additions to the community benefit agreement: