The massive apartment complex now known as Alchemy By Alta has put its floor plans and pricing online, and is now taking applications for residence. 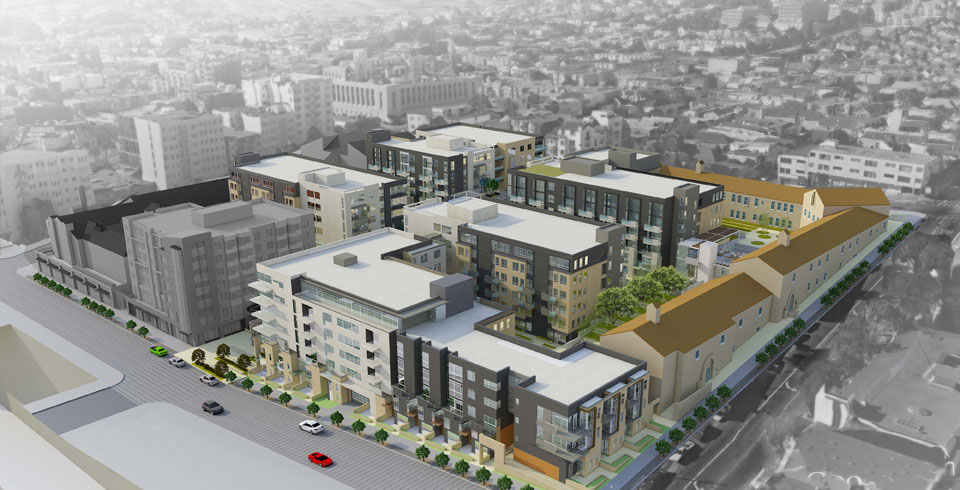 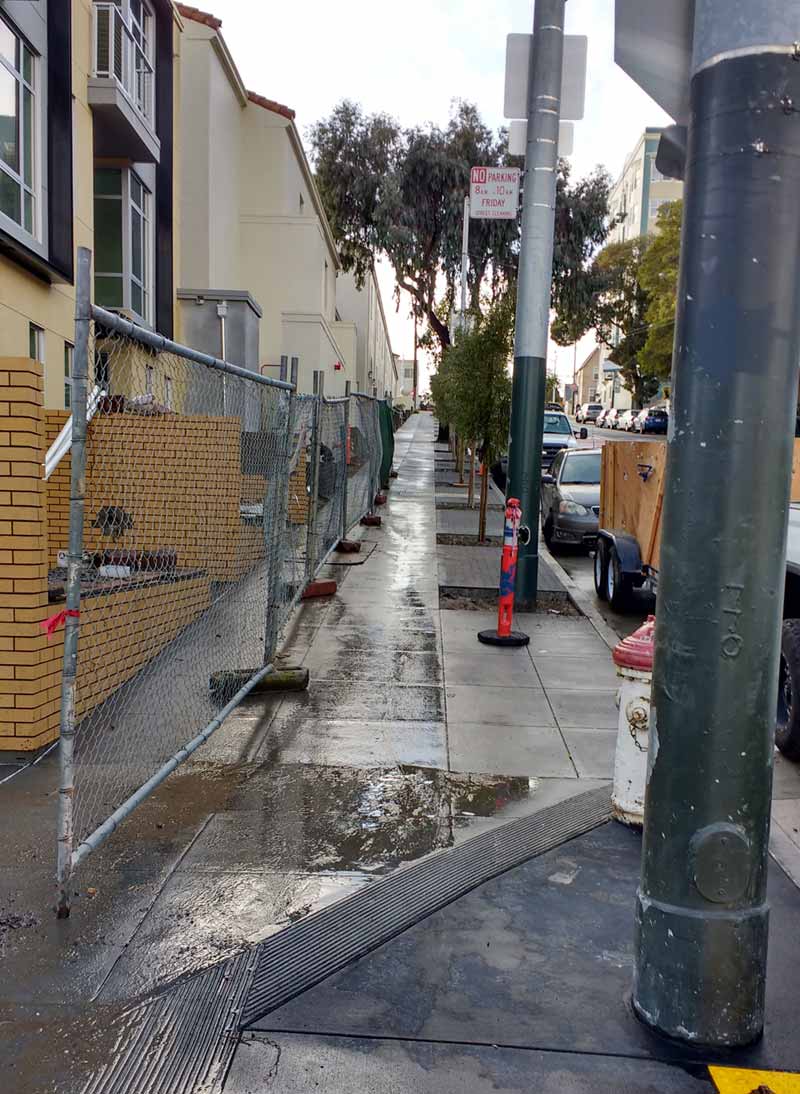 Work on the project is wrapping up, with the sidewalk on the south side of Haight Street between Laguna and Buchanan finally passable after months of construction. (Thanks to reader Kendall W. for the pic.)

With the development's completion fast approaching, 272 of the units are now available, including 5 studios, 177 one-bedrooms, 88 two-bedrooms, and 2 three-bedrooms. They all appear to be market-rate units.

Pricing has actually crept up since October, when we spotted an online pricing sheet that has since been removed. Now, the ranges are:

Renderings of each unit model are also available, from the 453-square-foot studio pictured above, to this 1,541-square-foot 3-bedroom: 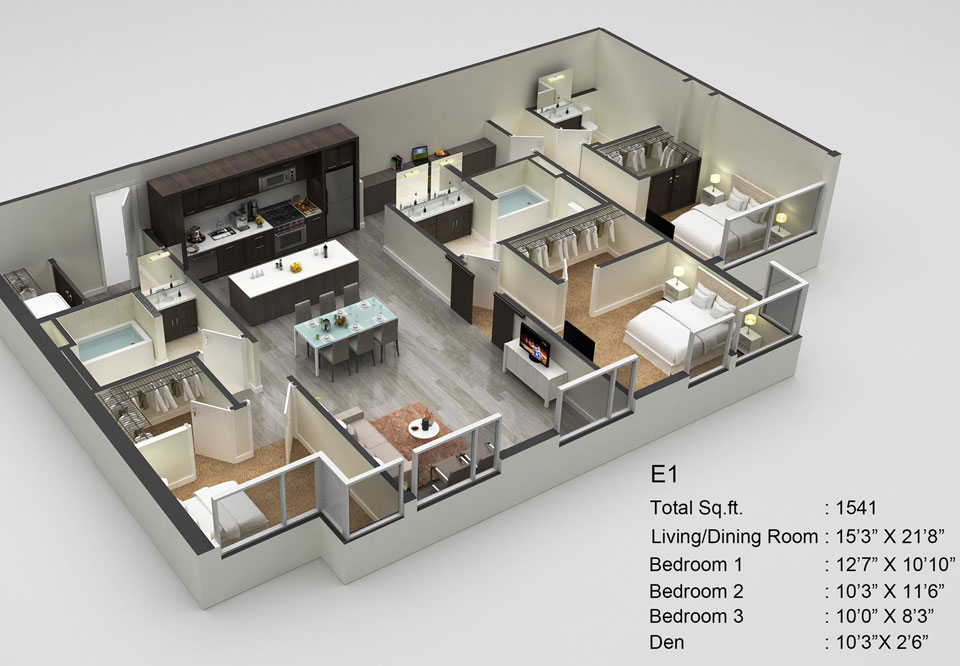 Units are slated to be ready for move-in either February 1st or April 1st, 2016.

Other features of the complex that can be gleaned from the website: a bocce court, community garden, fitness center, club house, music studio, and rooftop terrace. 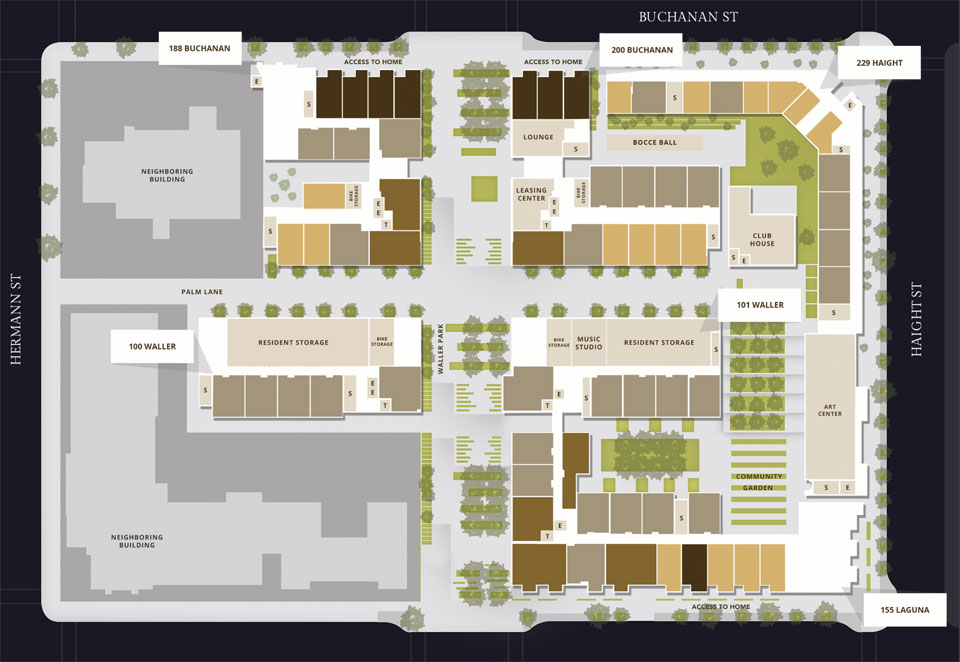 The separate 55 Laguna project (pictured at the bottom-left corner of the map above), which will feature 119 units of senior housing and LGBT-friendly features and services, is aiming for a Summer/Fall 2016 debut. A second building that's part of that project, at 95 Laguna, will begin construction in late 2016, and open in the Fall of 2018.