One of the gardens planted by the Panhandle Park Stewards. (Photo by R. A. Schuetz/Hoodline)
By R. A. Schuetz - Published on January 08, 2016.
San FranciscoUpper HaightNoPa

On the second Saturday of every month, a group of volunteers gather at the bulletin board in the Panhandle (near the basketball courts, bathrooms, and playground) to get their hands dirty. After passing out gloves—and sometimes nibbling on a few cookies brought by a volunteer—they get to work weeding, raking, and planting the gardens you see throughout the park.

The Panhandle Park Stewards have been working with Recreation and Parks gardeners in this manner for a decade.

Among the projects they've worked on are the gardens next to the playground and in front of the bathrooms (before the Stewards, there was much less landscaping) and protecting the roots of trees with compost and mulch.

"Without the help of the volunteers, it would be impossible to keep the park in the way that it is right now," said Guillermo Vasquez, a gardener in the park. "Because they come once a month, but they put in a lot of work."

The group was originally called Panhandle Cleanup before Dale Danley, the current organizer, changed the name to the Panhandle Park Stewards. He thought the previous name had been misleading. "Panhandle Cleanup always sounded like we came to the park to pick up trash. What we do is more interesting and complicated than that. We take more of an ecological approach." 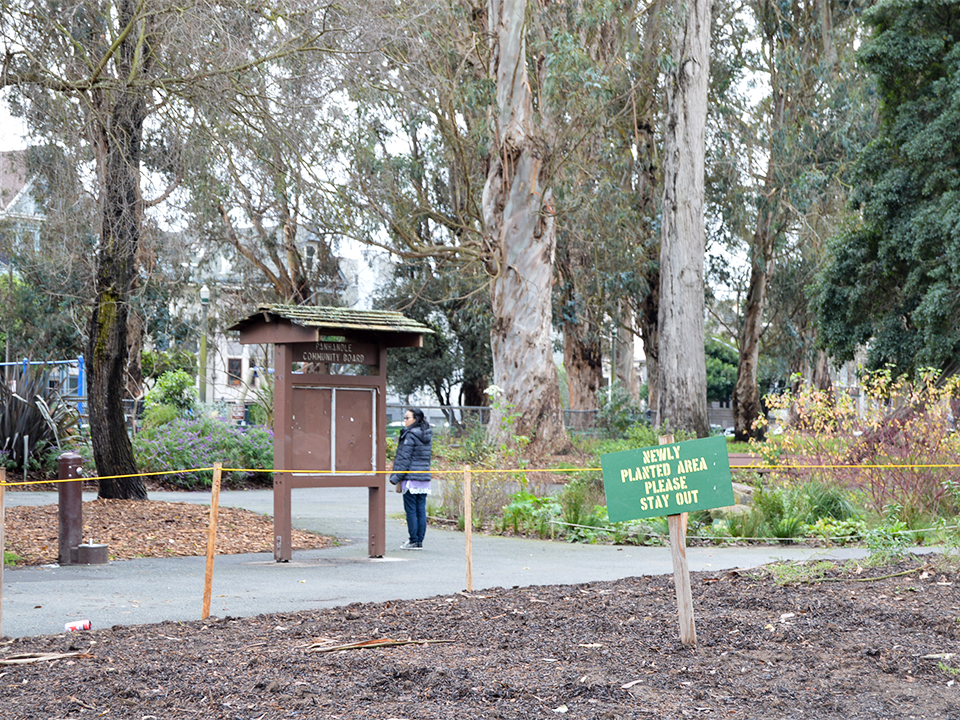 The bulletin board where Panhandle Park Stewards meet.

Before the group formed, Panhandle Park worked with volunteers different organizations, but none of them served the permanent, recurring role of the Stewards for community members who wanted to spend time helping tend to the neighborhood's backyard.

"Every Saturday they show up. It’s a powerful and beautiful thing," said Vasquez. "And it’s a visible example of how important it is to keep the community spirit—that makes a big change in any neighborhood."

The visible evidence of the community's impact on the park goes back even further than the Stewards. In its early days, the Panhandle had a road down its center instead of a bike line and pedestrian path. In the '50s and '60s, when the road was proposed to be upgraded into a freeway through the park, community members revolted, and instead, the road was removed, resulting in the park you see today.

Now the work of the Stewards helps keep the park a resource for the city. They partner with San Francisco Day School, located a few blocks north of the park, which organizes students and their families to join a couple of community workdays a year.

"I think it's a fantastic opportunity for kids who live in the city to have a chance to use wheelbarrows, shovels, and rakes—something that doesn't come up that often—and to do it while contributing to our community," said Amie Nenninger, a community service co-chair at San Francisco Day School. "Guillermo and Dale are always fantastic about explaining how we're going to help winterize the redwoods or seed the lawn so it'll be ready for springtime." Her family passes through the park every day on their way to school, so they can see the changes they've made taking root. 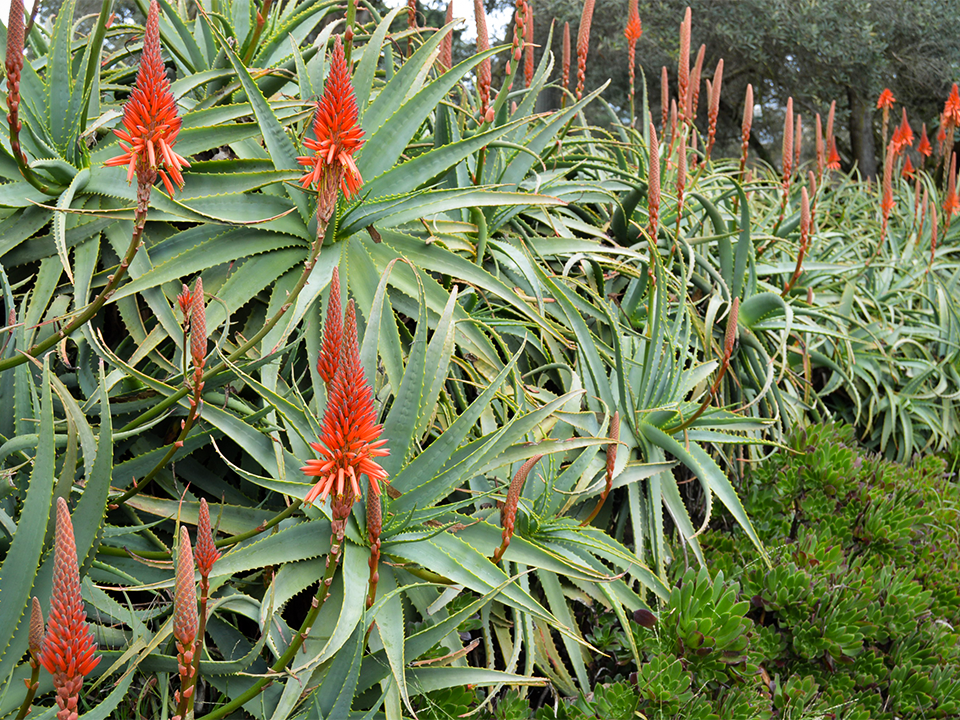 Aloe vera blooms along the side of the park.

He said that when he asks students what they thought of the work they've done in the park, they begin rhapsodizing about the sanctuary they find in the midst of the city. "When I work with the kids, the kids blow my mind ... They start talking like poets. It’s powerful. "

The next community workday is January 9th (tomorrow) from 9am until noon. Drop-ins are welcome, even if you can't stay the entire time—and bring your boots, as rain is forecasted.