The saga continues over at Sparky's, the late-night Castro diner whose sudden closure has saddened many night owls. Mysteriously shuttered since at least Sunday, the diner now has a notice in the window from its landlord that it hasn't paid rent, and that the property will be considered abandoned if it doesn't pay up soon. 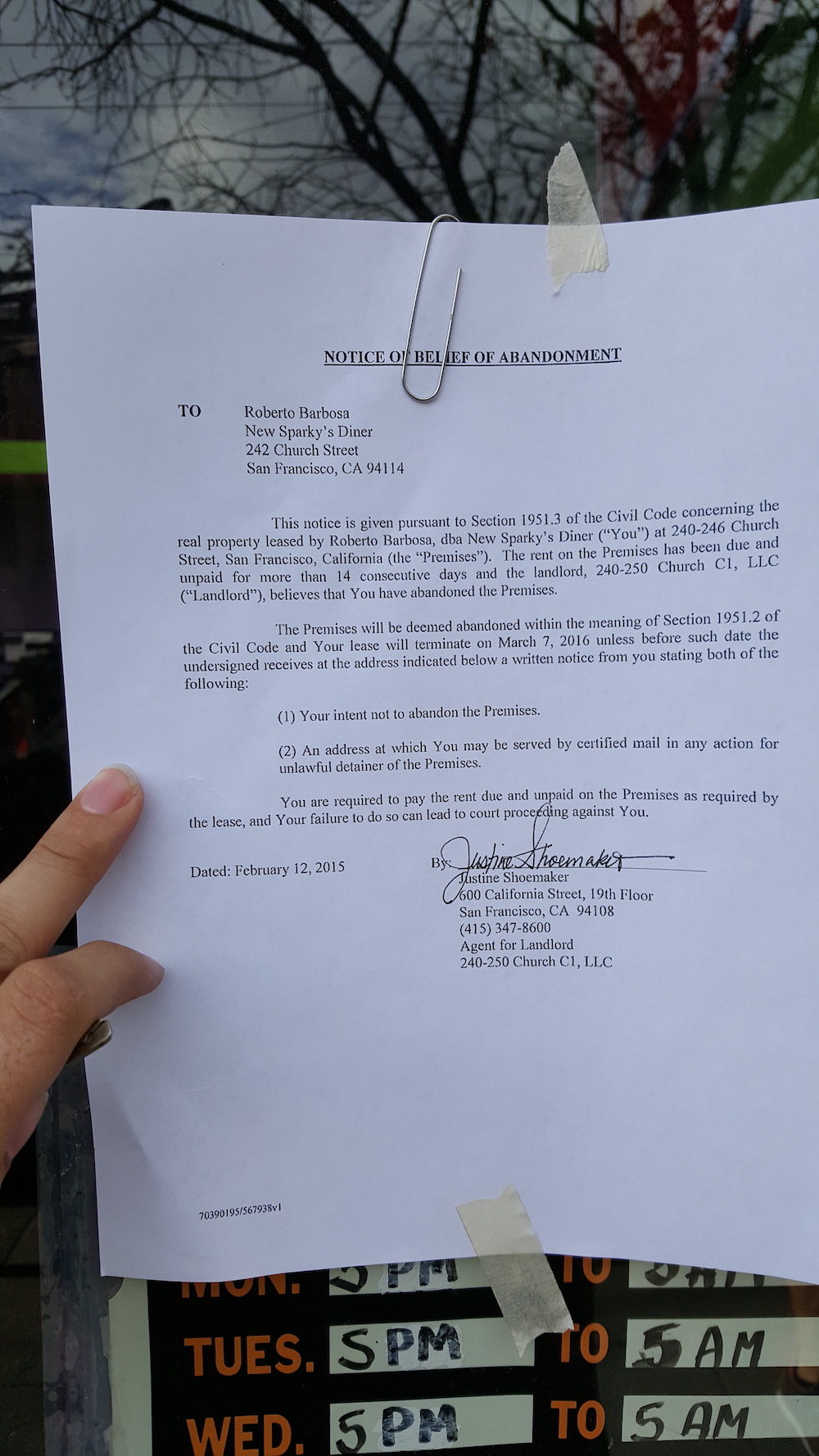 In the letter, sent to us by tipster MJ D., the landlord states that Sparky's owner Roberto Barbosa is at least 14 days behind on paying the diner's rent, and that if he doesn't get in touch by March 7th, Sparky's lease will be terminated.

If you have any more info on what's going on, send us a tip.