Fans of Fillmore Street's church-turned-skate-rink may notice a couple changes as they lace up their skates this month. Following a weeks-long renovation in January, the old church's tile floors have been replaced by a wood floor, and a net that used to hide the artwork on the ceiling has been removed.

Sacred Heart Catholic Church closed in 2004, following low attendance and a desperate need for a seismic retrofit, which was out of the congregation's budget. It was then bought by John Pollard of The Pollard Group. For years, the church stood empty, until David Miles Jr. and his rollicking Church of 8 Wheels began leasing the space a few evenings a week, starting in November of 2013. Since then, the old church has come back to life as a community space, with rollerskating and a live DJ on hand Friday and Saturday nights, as well as at least one celebrity sighting.

The building remained largely untouched despite its large weekend crowds, but all that changed this year, when Pollard replaced the worn tile floors. While the Church of 8 Wheels technically didn't have anything to do with the renovation (Pollard paid for the new floors), its weekly skaters are certainly reaping the benefits. 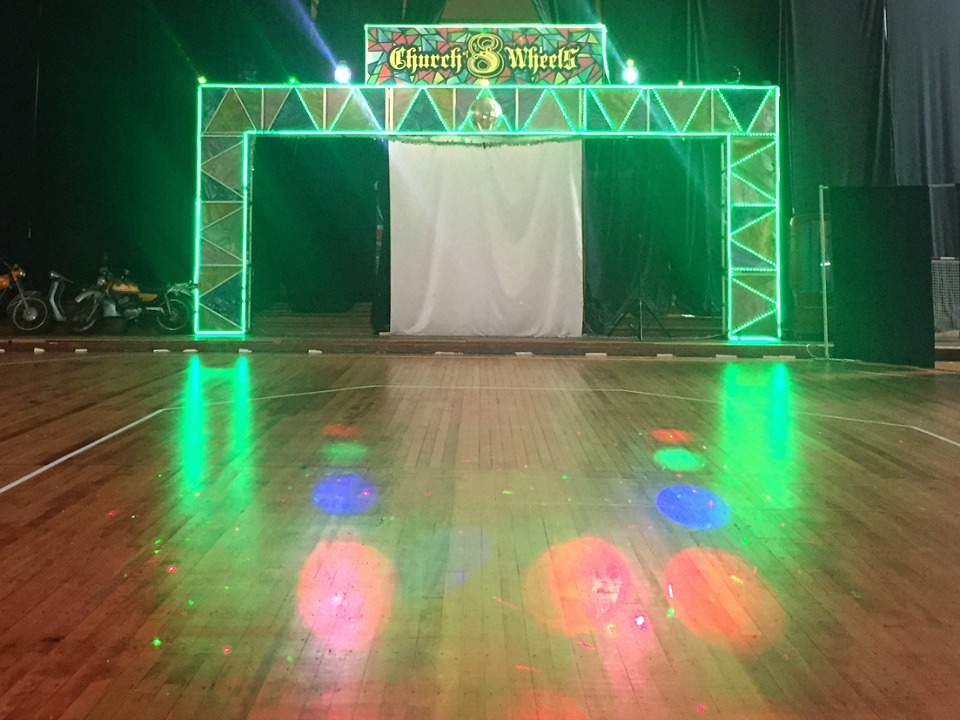 The estimated time for the project was six days, but the construction team met with some major issues. The old tiles were glued down with tar, and the machines needed to remove it kept shorting out the old building's fuses. Only one machine could be run at a time, drawing out the renovation to a full month.

Following the renovation, Levi's rented out the space for several weekends in February for a commercial. With the construction and the filming, Church of 8 Wheels ended up being closed to weekend skaters until earlier this month.

So far, the time-consuming work appears to be worth it. Instead of a slippery old tile floor with bumps where the seams met, skaters can now enjoy a polished wooden floor, sticky and bouncy like a basketball court. "It's a much smoother skate with no bumps," David Miles Jr. of the Church of 8 Wheels told us, which means those with less skating experience might have better luck staying upright. 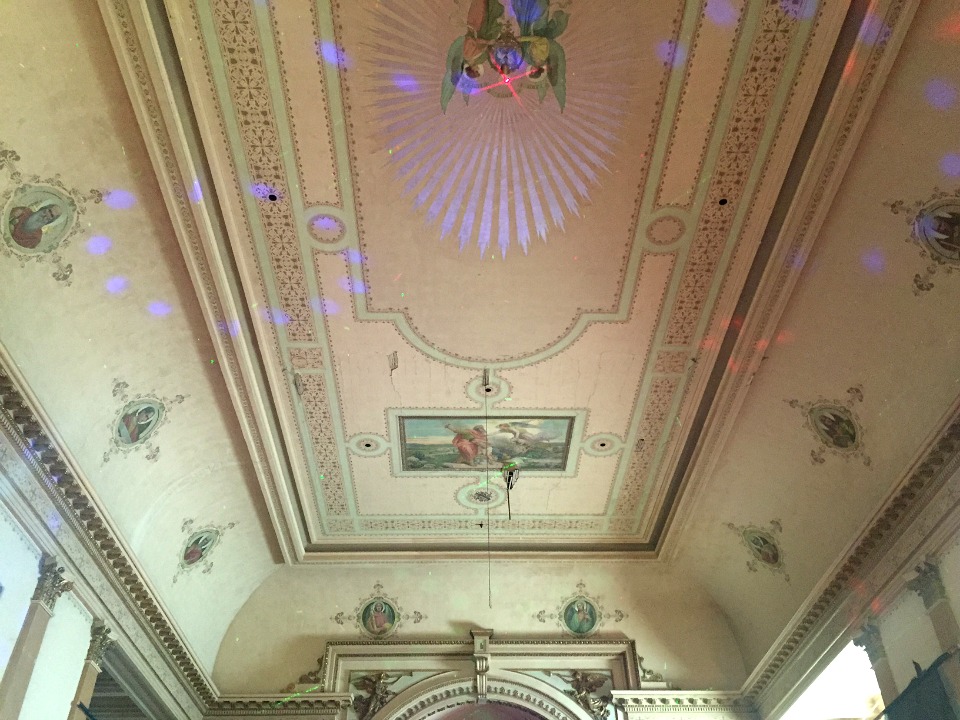 The floors aren't the only noticeable change to the space after January's renovation. Prior to the work, the ceiling was covered by a protective netting, installed after the 1989 Loma Prieta quake. Now, the ceiling murals are in full view. "The coolness factor is now off the scale to measure," Miles said of the renovations. 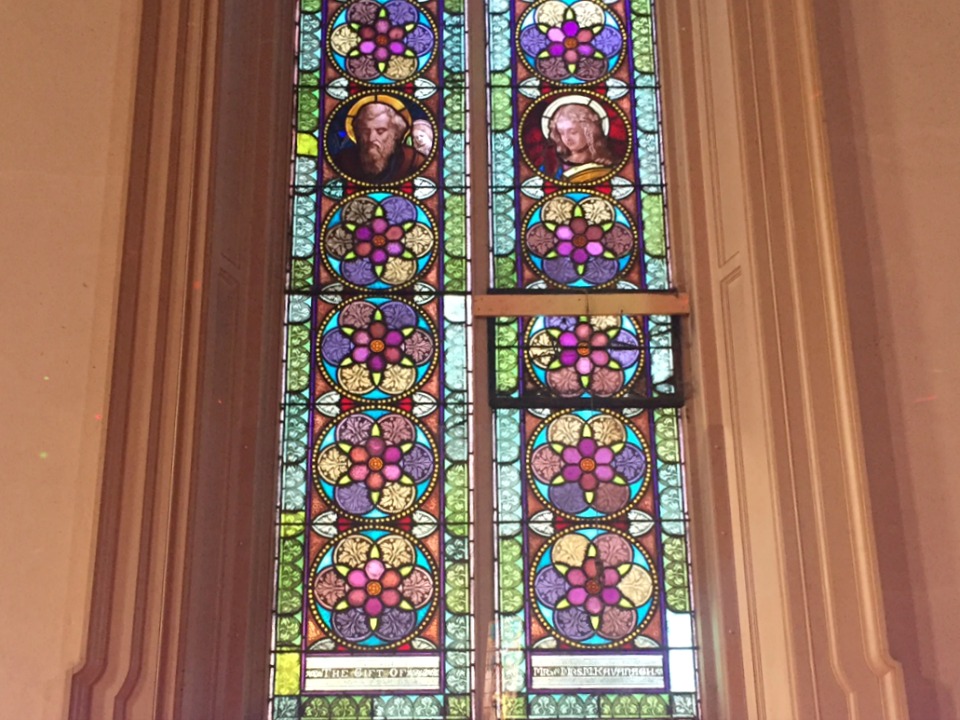 But the future of the disco roller rink, and of the historic church, is in flux. As we reported last year, a Preliminary Planning Assessment (PPA) was filed with the city by Pollard to convert the 118-year-old building into five floors of residential and commercial space.

We reached out to Planning for an update, but nothing new has been filed since the initial PPA, and Pollard hasn't yet respond to our requests for comment. So for now at least, it appears the space will continue to serve skaters looking to get on a roll.