Video: On The Scene At Nob Hill's Clinton-Clooney Fundraiser Protest

As promised, a group of protesters swarmed Nob Hill this evening to express their opposition to money in politics, via a fundraising dinner being held for Democratic presidential candidate Hillary Clinton. The dinner was being hosted by George Clooney and his wife, Amal, at the Nob Hill home of Clinton supporter Shervin Pishevar, best known as an investor in Uber. 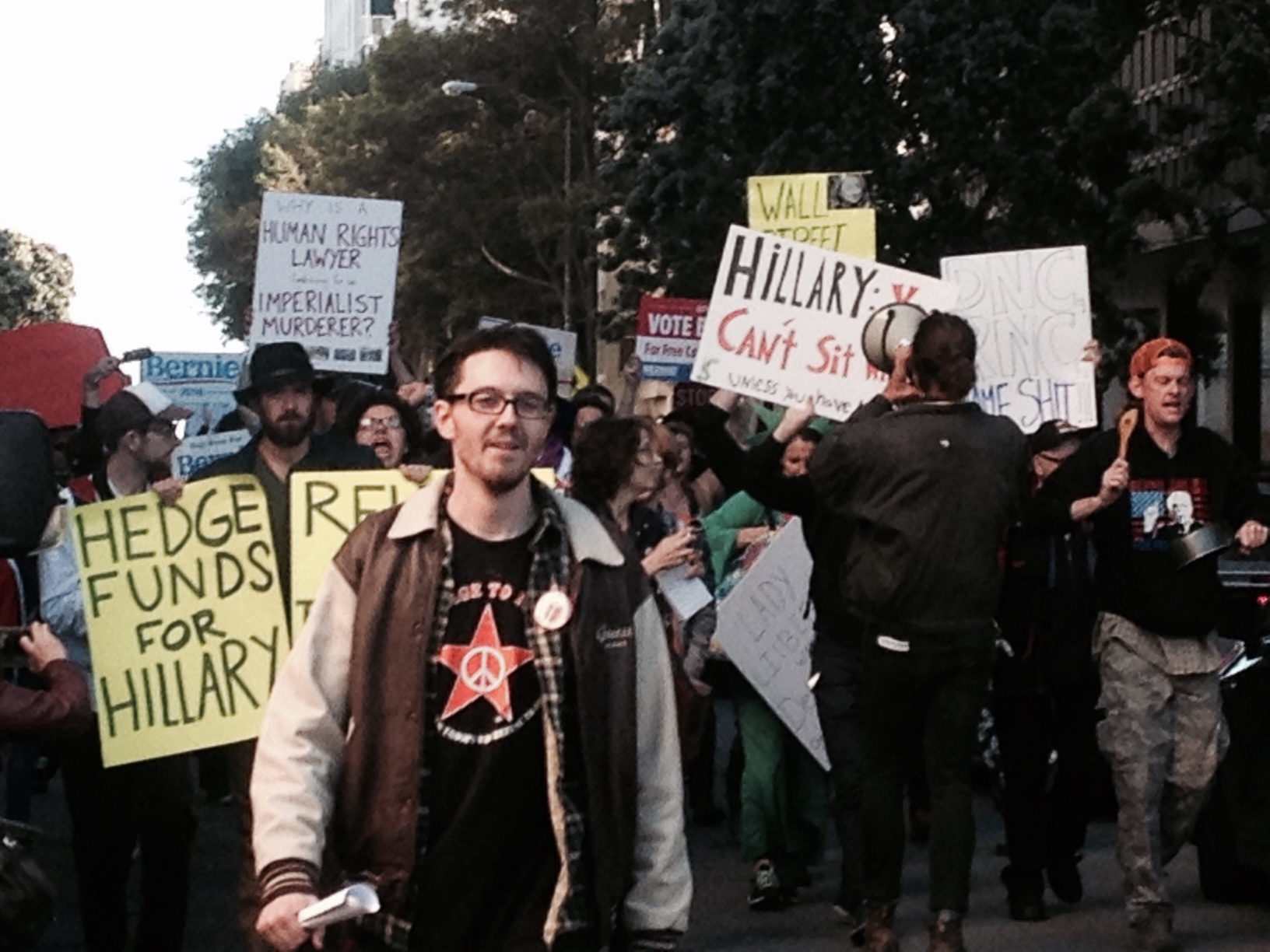 Police on the scene said the group numbered around 100 people, far fewer than the 1,600 projected earlier today by the event's organizers. Banging pots and pans, the protesters blocked off the intersection of Washington and Jones streets (including the cable cars) with chants of "Hey hey, ho ho! Corporate greed has got to go!" and "Citizens United has got to go!" Many carried signs indicating their support of Clinton's opponent for the nomination, Bernie Sanders, chanting "Feel the Bern!"

After some time protesting outside of Pishevar's home, the group continued marching down Jones and over to Jackson Street, with police following on motorcycles.

Tickets for tonight's dinner cost upwards of $30,000 per attendee (which includes a selfie with Clinton). Prime seats at Clinton and the Clooneys' table are going for $353,400. 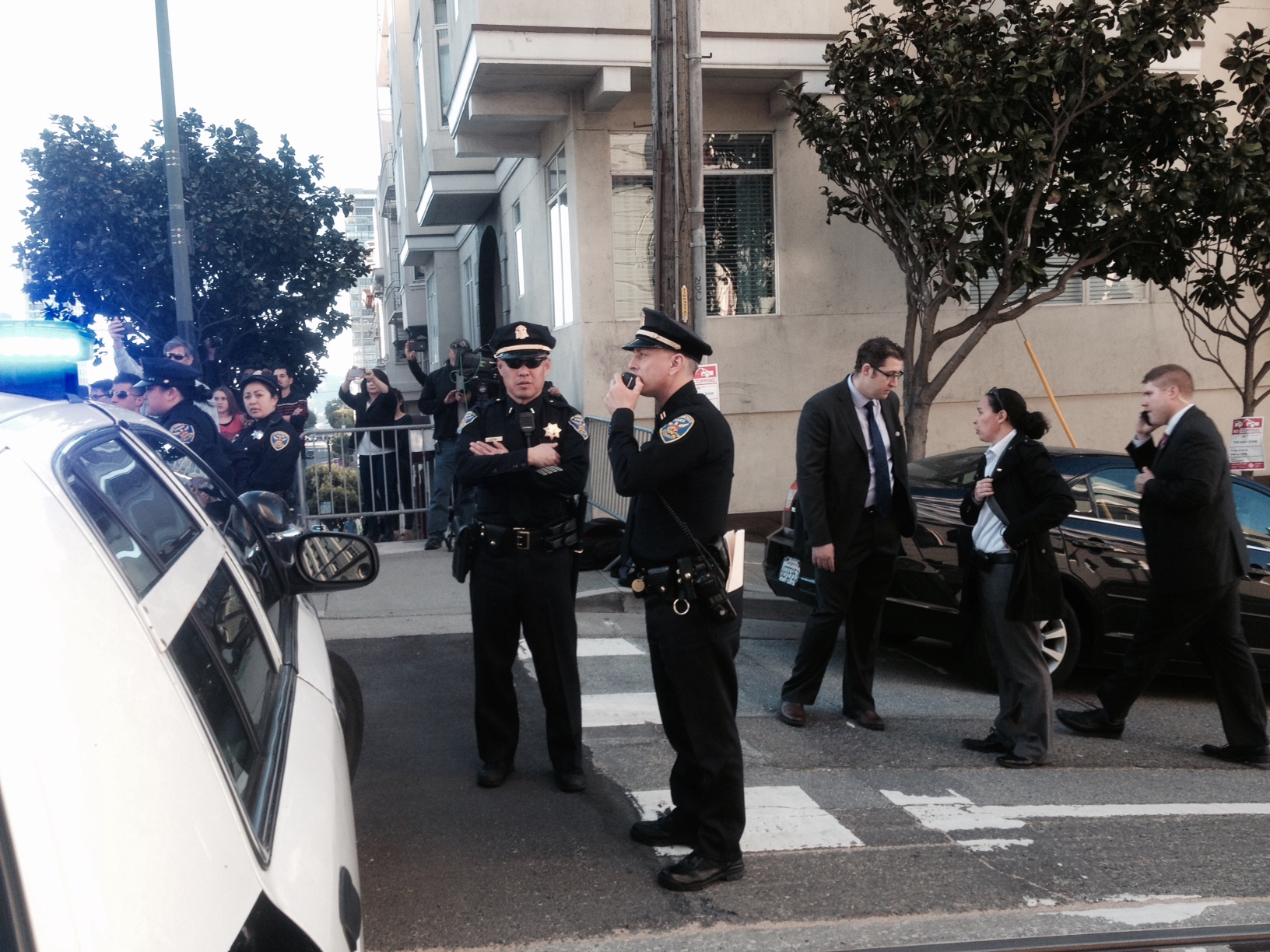 Pishevar told the Guardian earlier today that he welcomed the protest "as an exercise of our great democracy." He believes Clinton "is one of the most qualified presidential candidates in American history... only in America would an Iranian-born immigrant son of a taxi driver and maid trying to help elect our first woman president be protested at his home."

Some Nob Hill neighbors didn't realize the protest was going on, but stopped to watch anyway, including Dr. Janet Kierstead, who told us that she was out walking her dog when she saw the commotion. A self-described "huge Bernie supporter," Kierstead said she "wants to see money taken out of politics, so each registered voter has a say in who gets elected, regardless of income ... Hillary has great ideas, but no vision. Sanders wants to change the whole damn system and make this a democracy again, rather than an oligarchy, which it has become."

San FranciscoNob Hill
About 21 hours ago