The former Barcino space at the corner of Gough and Grove (also formerly Boxing Room) has reemerged this week as Akna, a new Mayan-Yucatecan pop-up backed by the Absinthe Group.

Named for the Mayan goddess of motherhood, Akna highlights the indigenous flavors of the Yucatan peninsula and other parts of Mexico, with a menu that includes Yucatecan tamales, handmade blue-corn tortillas, cochinita pibil, and plenty of seafood.

A signature dish, seen above, is the tamal de rajas y queso — a traditional tamal of jalapeno, cheese, and padilla peppers. They're doing a version of the very trendy-in-the-Bay Area quesabirria taco, with braised beef and melted Oaxacan cheese. And you'll find a shrimp-and-octopus cocktail, a shrimp quesadilla, and prawns "a la diabla" on the menu, as well. 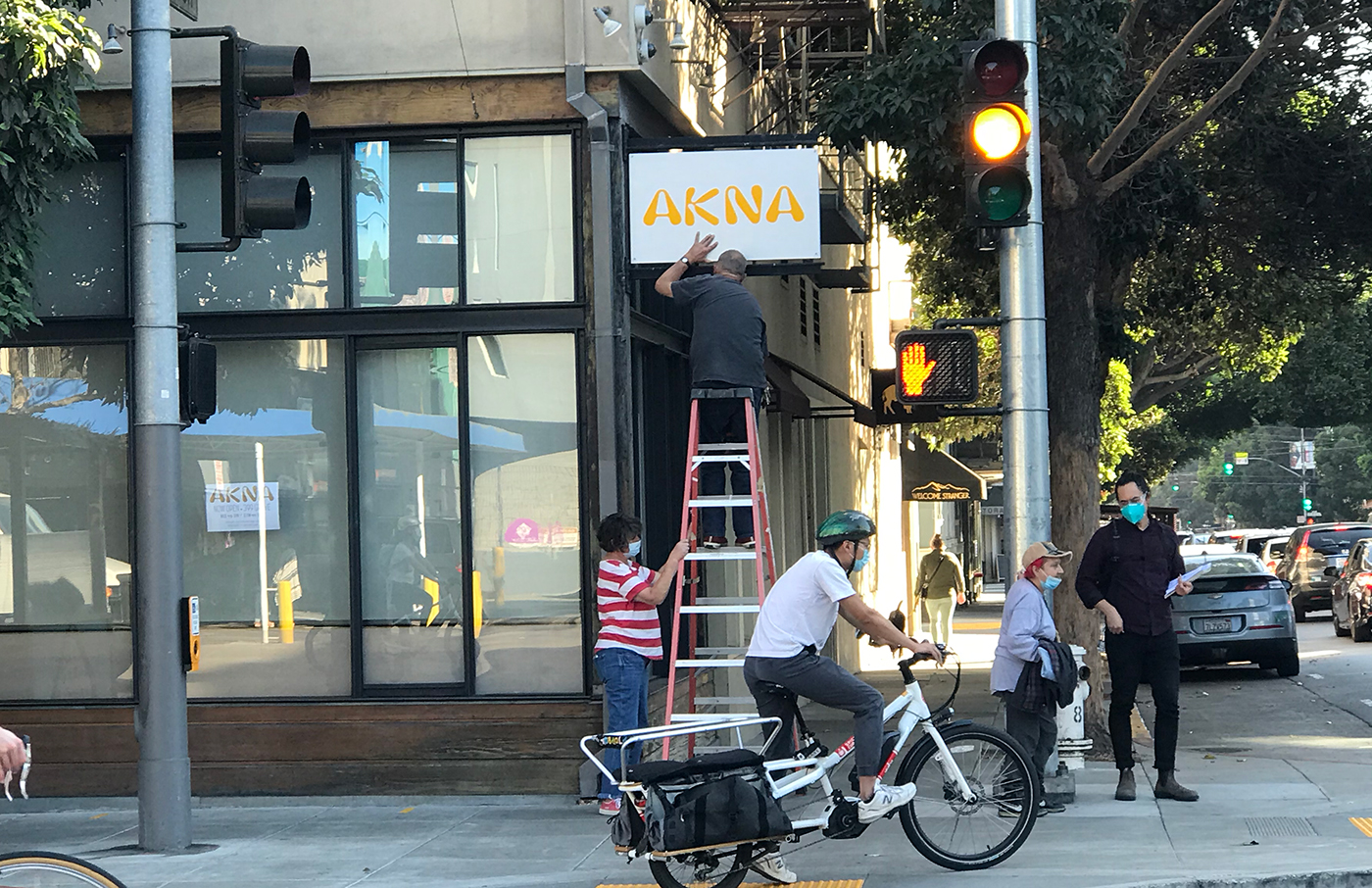 The signs going up on Tuesday. | Photo: Jay Barmann/Hoodline

There are also four flavors of margarita available to go, at $11 a pop. 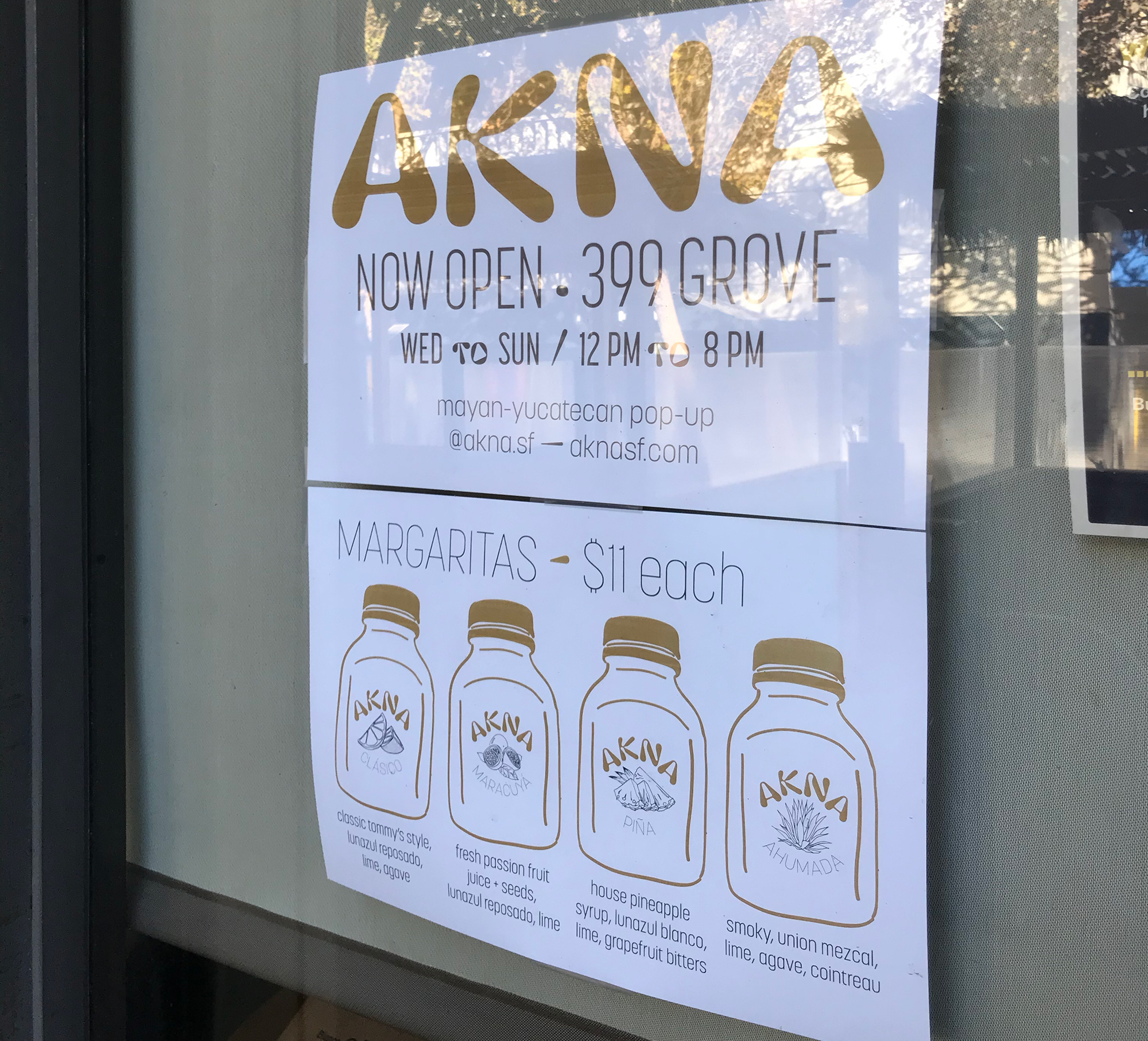 The restaurant is open for takeout and delivery only as of this week, from Wednesday to Sunday, noon to 8 p.m. (Order here.) And soon they will be offering sidewalk seating under a "palapa," as Tablehopper noted last week.

San FranciscoHayes Valley
About 20 hours ago