The event was in response to Bank of America's installation of signs three days earlier announcing it would no longer allow impromptu memorials or tributes to be posted on the corner of the building, as it had been used for decades. 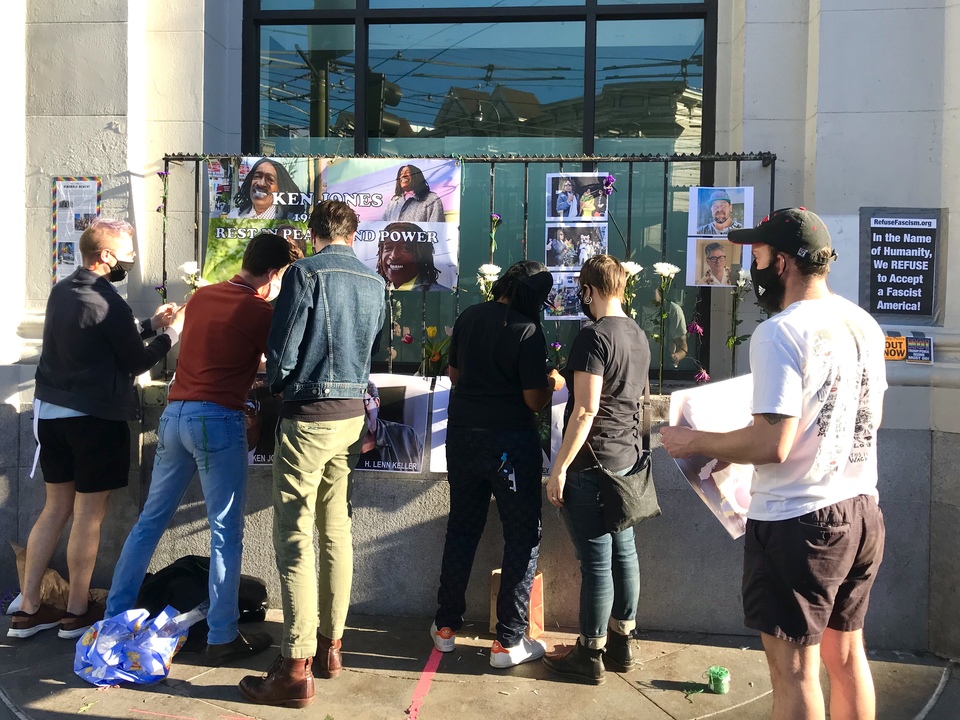 Memorials being hung on the Bank of America building. | Photo: Lee Hepner

Along with hanging memorials, the Milk Club, in partnership with queer historian Gerard Koskovich, posted a historic context statement on the building in response to Bank of America's decision to prohibit memorials and tributes. While not officially designated a San Francisco landmark, the Milk Club also called on community leaders to install a permanent plaque in honor of the site's history.

In part, the statement read, "[t]his corner of 18th and Castro, with its angled facade and wide sidewalk, has long been used by the LGBTQ community and the Castro neighborhood as a site for civic engagement, cruising, street performance, and posting information and informal memorials." "Over the decades, the site became known to many as 'the center of the gay universe'." 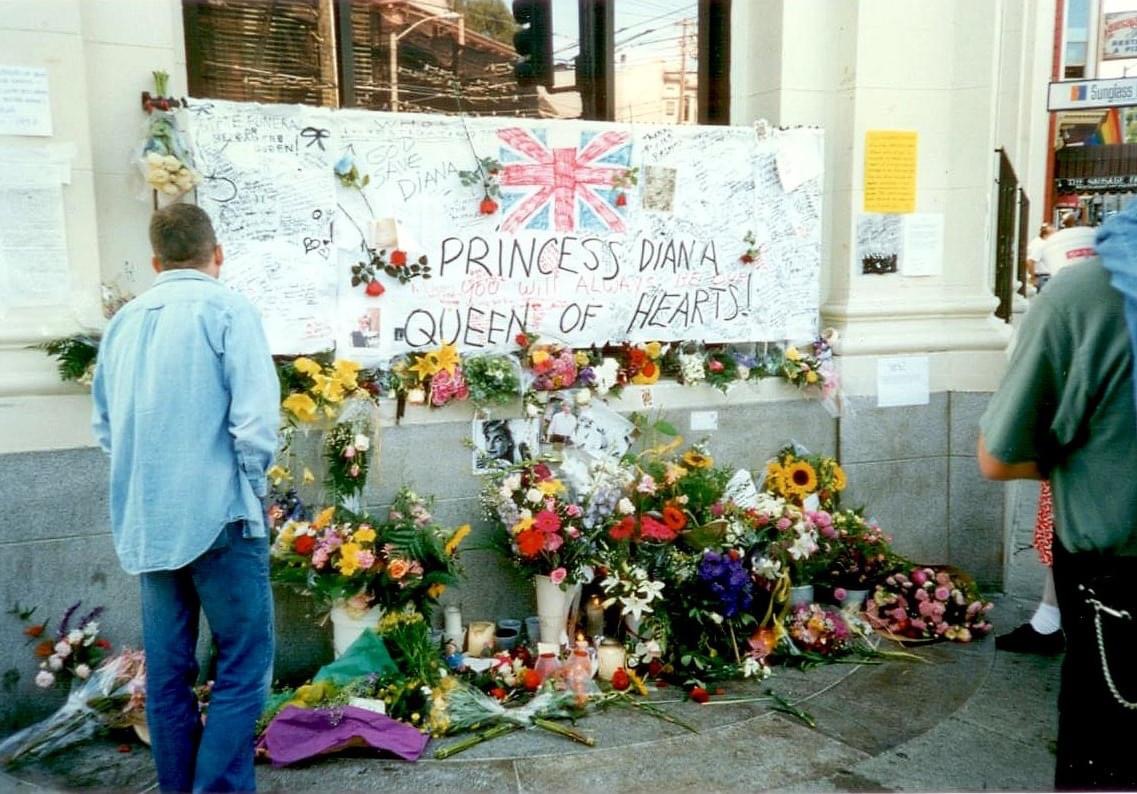 "The emergence of AIDS in the mid-1980s prompted a further use of the space: displaying informal memorials to those lost to the epidemic," the statement continues. "In the subsequent decades, folk memorials in this location have commemorated hundreds of LGBTQ people, as well as significant allies such as Princess Diana in 1997."

"Memorials at the site also have marked queer participation in profoundly felt moments of national mourning, including honoring the memory of Matthew Shepard, murdered in an antigay hate crime in Wyoming in 1998, and the victims of the mass killing at the Pulse nightclub in Florida in 2016," the statement explains.

"Places are given meaning by the people who gather in them to build and sustain the culture that ties us all together." "Such meaning-making is of far greater value than any profit-making."

The statement ends by stating, "We hereby reclaim this site for the LGBTQ community and our allies." 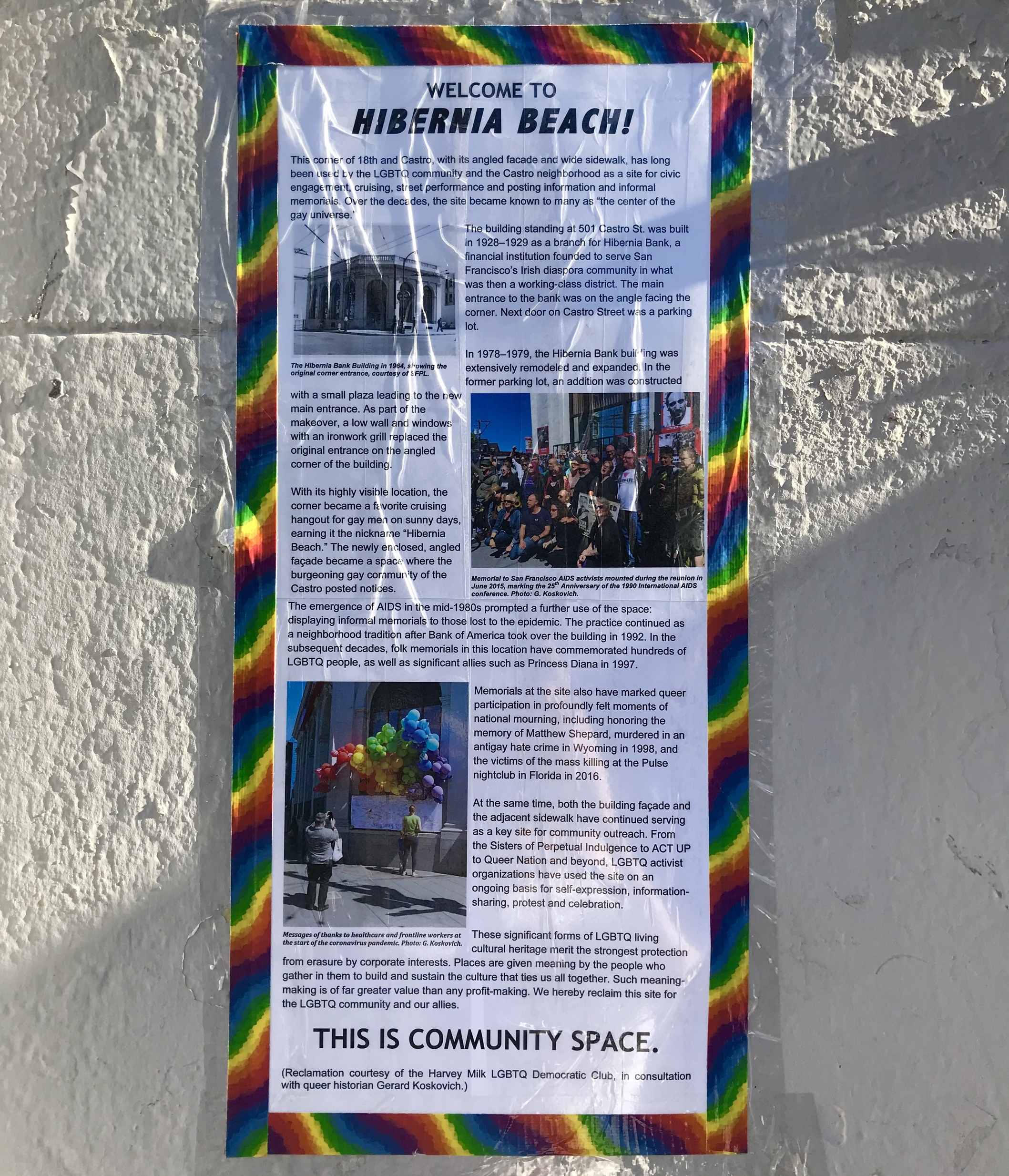 "It was a touching event," Milk Club member Lee Hepner tells Hoodline. "The history of this space runs deep. As critical to gay liberation as Stonewall, and probably even more important as a site of living cultural heritage."

"If Bank of America needs a reminder of that fact, it’s the community’s obligation to provide that reminder," added Hepner. "Now, hopefully the Castro/Upper Market Community Benefit District pulls through with the funds to install a permanent plaque, and to work with the Castro LGBTQ Cultural District to ensure it reflects the community it honors."

The now-removed Bank of America signs read, "please do not post or affix materials to the fence or building surface." However, shortly after posting the signs and amid a social media uproar, they were removed and Bank of America reversed course. 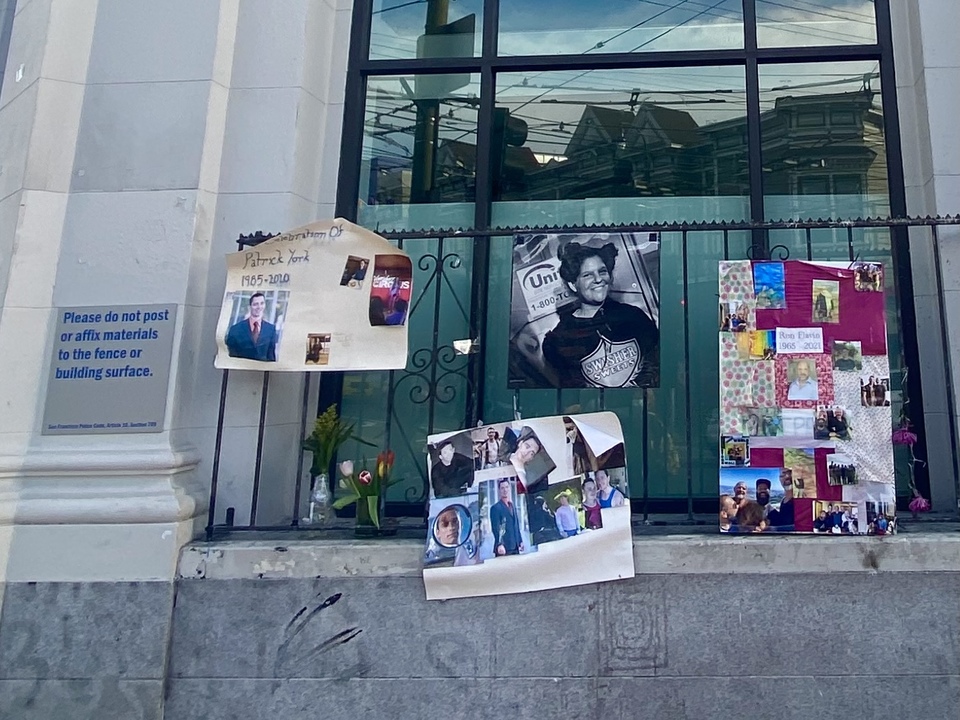 On Saturday, Bank of America spokesperson Colleen Haggerty issued this statement to Hoodline: "We absolutely understand the significance and importance of the space and will continue working with the community to ensure it remains a memorial, as it has for decades. After speaking with community members, we realized the code enforcement signs created confusion and therefore we had them removed immediately."

Shortly after the signs were posted, community support against Bank of America quickly grew on social media. Many called for the signs to be removed and for a response from the community.