Construction on the final phase of the Upper Market Street Safety Project is set to begin Thursday, July 1. The project aims to increase safety and comfort for pedestrians, cyclists, and drivers alike on Upper Market Street between Octavia Boulevard and Castro Street.

The final phase will be split into two segments along Market Street, beginning with the stretch between 14th Street and Octavia Boulevard, followed by the segment from Castro to 14th streets in early 2022.

Earlier this spring, Esquivel Grading & Paving, Inc. was awarded the contract to complete the final construction phase of the project. 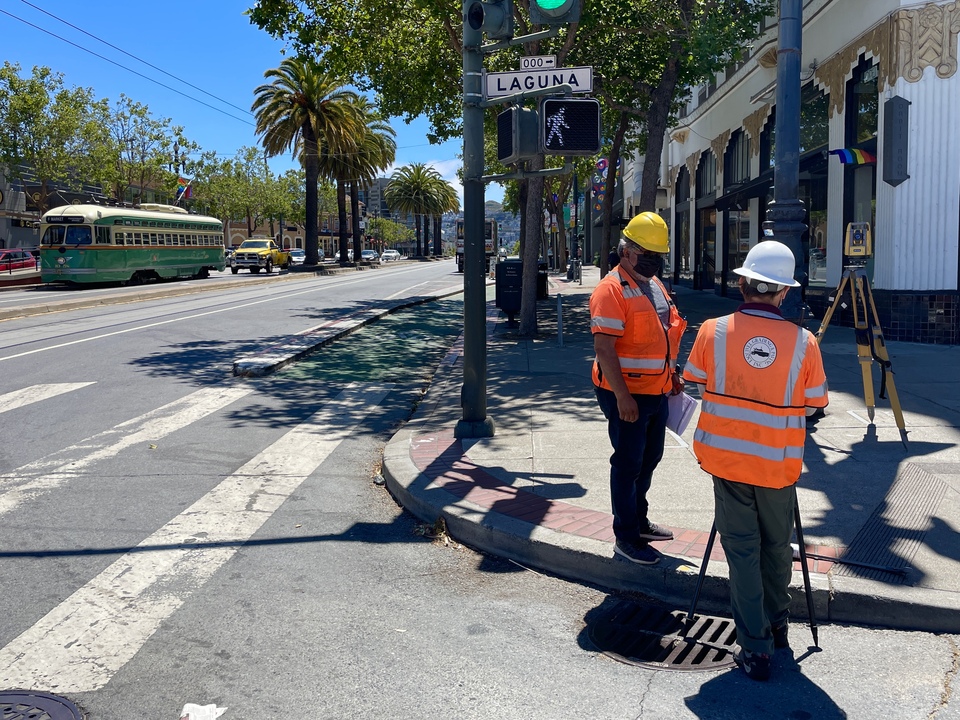 The project is anticipated to be completed by June 2022 and is funded with Market-Octavia developer impact fees, San Francisco County Transportation Authority (SFCTA) Prop K sales tax revenue, a state grant, and other local sources.

Hoodline readers will recall that this $10 million project has been a long time coming, after months of meetings, presentations, and open houses.

Market between Octavia and Castro is identified as a high-injury corridor under the city's Vision Zero plan, which aims to eliminate traffic fatalities by 2024.

The project’s final set of capital investments to the Upper Market Street corridor will include the following elements. 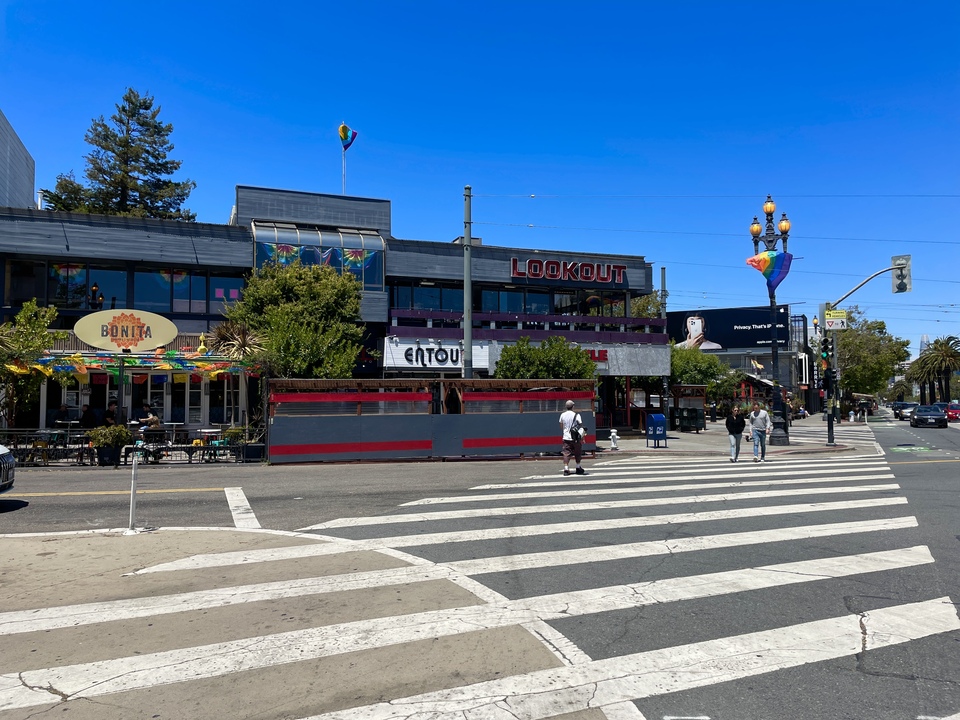 Bulb-outs will be installed at 16th and Noe streets to replace temporary paint. | Photo: Steven Bracco/Hoodline

Sidewalk extensions, more commonly referred to as bulb-outs, and ADA accessibility upgrades will be made at seven intersections including 17th and Noe, 16th and Noe, 15th and Sanchez, 14th St., Dolores St., Laguna and Guerrero streets, and Octavia at the Central Freeway ramp.

Traffic signals will also be overhauled at the intersections of 16th and Noe streets and at Laguna and Guerrero streets. A new signal will be installed at the Hermann and Laguna streets approach to Market St. 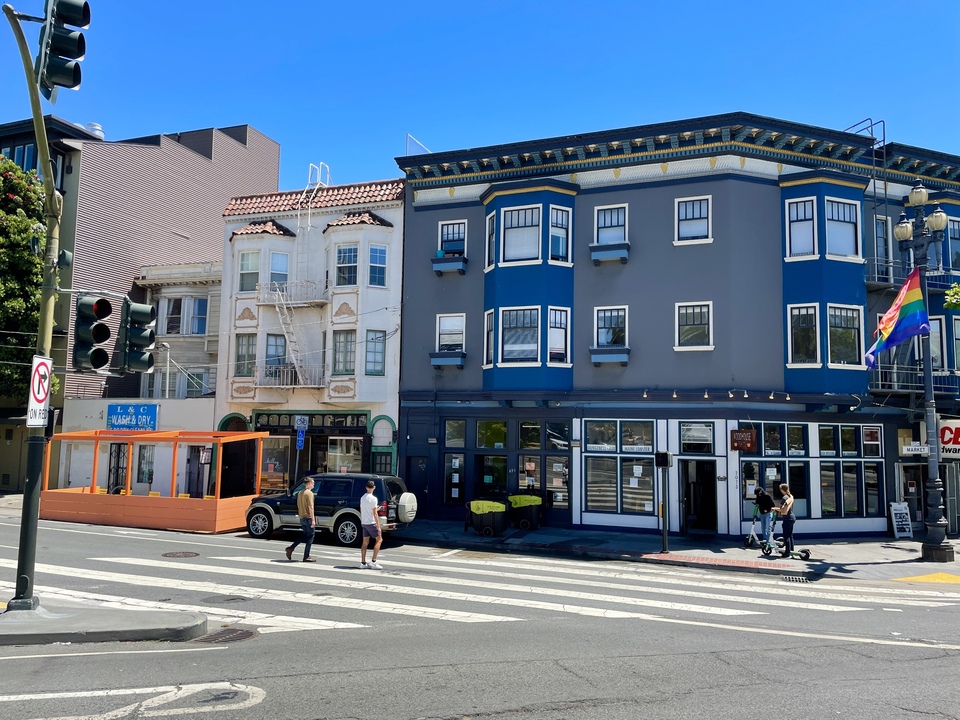 Bulb-outs will also be installed at 14th and Market streets. | Photo: Steven Bracco/Hoodline

Signal and phasing modifications will also be made on Octavia Boulevard, 15th Street, and Castro Street.

Bike safety improvements will also be made along Market by widening and straightening the bikeway eastbound at McCoppin and the Central Freeway and westbound at Laguna and Buchanan streets. 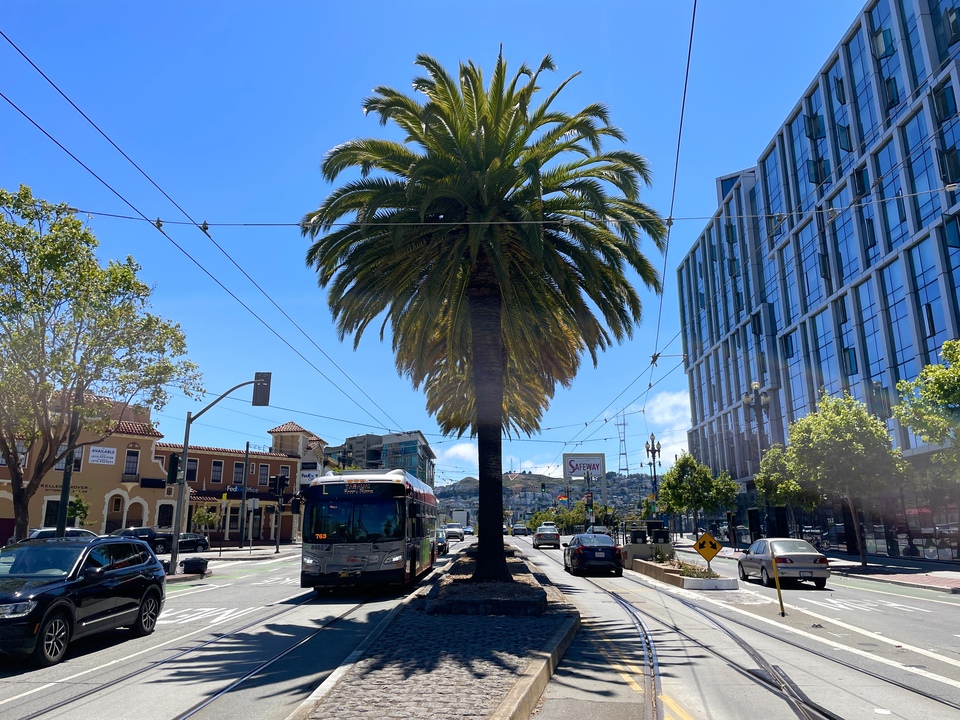 Improvements will be made to the center medians. | Photo: Steven Bracco/Hoodline

Transit access will be improved at Laguna St with the expansion of the outbound boarding platform.

Streetscape improvements along the corridor include tree replacement, a new landscaped median along Guerrero St., uplighting of the center median palm trees, decorative crosswalks at the intersections of 15th and Sanchez and Hermann and Laguna streets, and extension of the Rainbow Honor Walk. 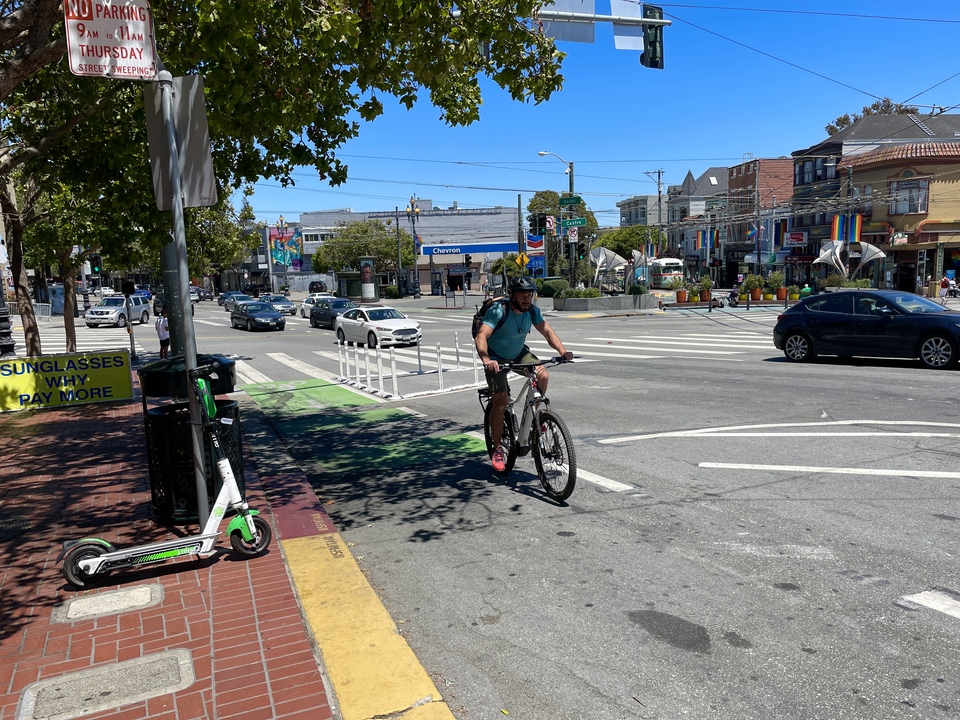 Safety improvements were previously made at the intersection of Castro, Market, and 17th streets. | Photo: Steven Bracco/Hoodline

Earlier this year, SFMTA crews completed safety improvements at the intersection of Castro, Market, and 17th streets. New posts and roadway striping were added to protect the westbound bike lane, pedestrians in the crosswalk, and to help slow the speed of turning vehicles. Additional traffic-calming measures were added to 17th Street, and a new midblock crosswalk to Pink Triangle Park will be added in the second phase of construction.

Pedestrians, bicyclists, and vehicles in the area can expect construction on weekdays from 7 a.m. until 3 p.m. Temporary 'no parking/ tow away' signs with a 72-hour notice may also be posted. Detours may also be required to complete the work.

Update 7/1: San Francisco Public Works employee Coma Te tells Hoodline the start date of the project had been changed to Tuesday, July 6. "The project will begin after the 4th of July holiday, and the city holiday of July 5th," said Te.