A handful of Bay Area beaches have been given poor water-quality ratings in an annual study by a nonprofit. Five out of the top 10 "Beach Bummers" in California, or most polluted beaches, are in the Bay Area, with three in San Mateo County and one in Santa Cruz.

Heal the Bay's yearly grading of 500 California Beaches delivered "Fs" for three Foster City beaches: Erckenbrack Park and Gull Park, which are located in Foster City's canals, were ranked the second- and fourth-most polluted beaches respectively, while Marlin Park, located on the Bay, was ranked the eight-most polluted. Runoff from surrounding commercial developments is responsible for the poor water quality, according to KRON4. 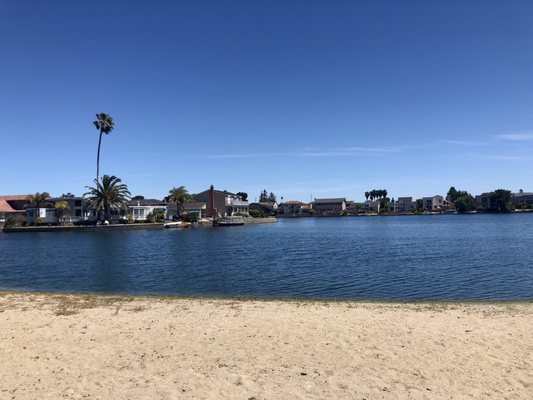 Look, but don't touch . . . or swim. Nestled into the canals of Foster City, Erckenbrack Park was ranked as the second-most polluted beach in California by the nonprofit Heal the Bay. Source: Mapquest

Last year, a total of six San Mateo County beaches earned the "Bummer" label, as KRON4 reported. Most of those beaches were in Pillar Point, near Half Moon Bay; those areas did not make the F-list this year.

The iconic Capitola Beach in Santa Cruz was ranked as the third-most polluted beach in the state by Heal the Bay. Birds nesting in nearby Soquel Creek create a concentration of fecal matter, which then festers in stagnant waters. "In my working with the folks at the county environmental health, they believe it's a circulation problem tied to currents are in the cove," Steve Jesberg, the Public Works Director City of Capitola, was quoted as saying by the Santa Cruz Sentinel. "And then Soquel Creek discharges right into the center of [Capitola] beach." Water-sample results found three types of fecal bacteria around the Captiola Beach, including E.coli, the Sentinel reported. 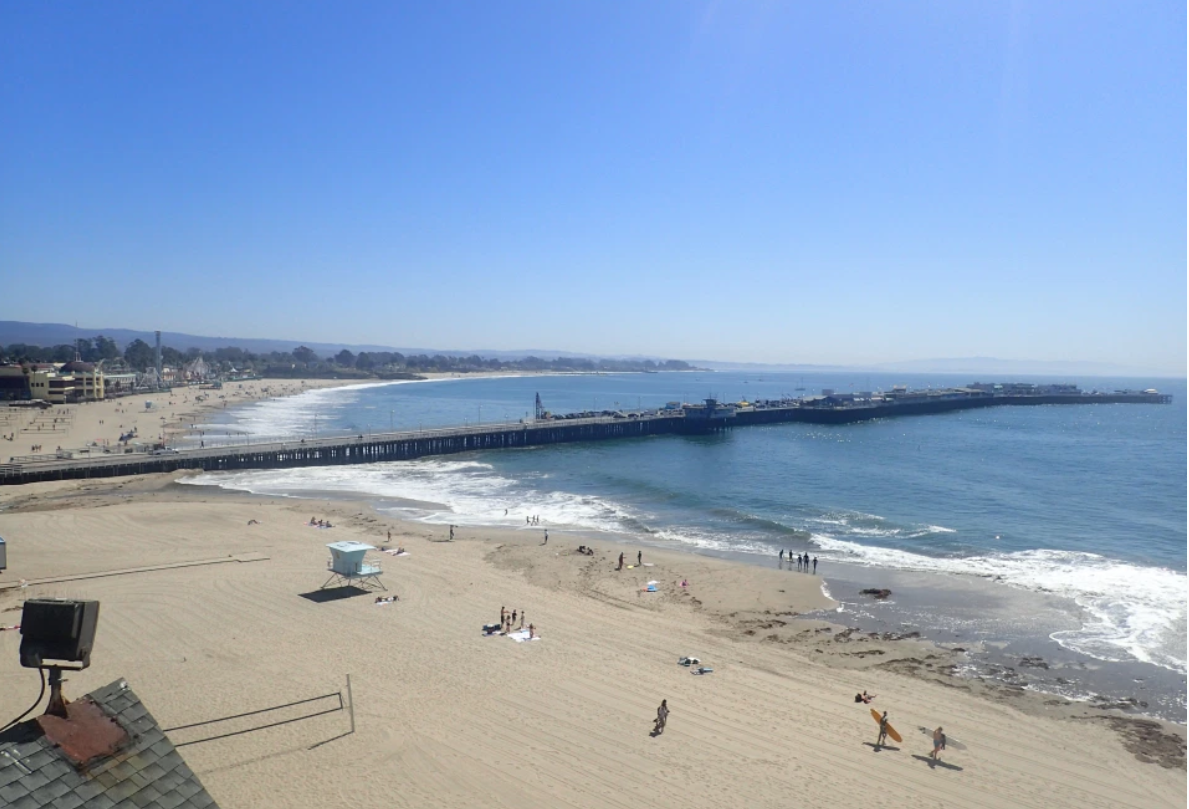 Capitola Beach in Santa Cruz suffers from pollution from nearby bird colonies; a nearby lagoon has poor water circulation to flush out bacteria. Source: Contributed photo, City of Santa Cruz

"We’ve found if we have lots of rain, especially in the spring, we get a good cleaning out of the lagoon and the creek, and that helps our bacteria counts," Jesberg was quoted as saying by the Sentinel. "On drought years, like we're facing now, we anticipate a few more problems."

Another longtime hotspot for pollution in Santa Cruz did not make the beach bummer list this year. Cowell Beach, north of Capitola, had been on Heal the Bay's F-list for a decade. "For the second consecutive year, Cowell Beach is not included on Heal the Bay’s 'Beach Bummer' list," the city of Santa Cruz said in a press release, adding that Cowell has had continued water-quality success with diminished weekly levels of ocean-bacterial pollution.

"This is such great news," Santa Cruz Mayor Donna Meyers was quoted as saying in the press release. "The changes in bacteria data measurements, which have kept Cowell Beach off of the ‘Beach Bummer’ list over two years, now demonstrate the positive power of government working with a focused group of community organizations." In 2014, the city of Santa Cruz marshalled the efforts of several nonprofits — including the Save The Waves Coalition, Sierra Club and Surfrider Foundation — to implement mitigative measures to improve water quality, the Sentinel reported. Metal screens were installed near the Santa Cruz municipal wharf to prevent mass nesting.