You will notice a height gap between the Polk Gulch’s Grubstake Diner and its much taller neighbors on either side. That gap will not remain. The San Francisco Board of Supervisors approved a much taller Grubstake Tuesday night, shooting down an appeal that would have blocked the proposal to demolish the current Grubstake, and replace it with a similar structure, but with an eight-story, 21 dwelling-unit housing complex on top.

That Grubstake plan was approved by the Planning Commission in July, but neighbors at the adjacent 12-story condo complex The Austin appealed that decision to the supervisors, claiming the new, taller Grubstake condo project would block out their sunlight, and destroy a historical resource in the Grubstake Diner’s train-car facade. After an hour and 45-minute appeal discussion, the supervisors disagreed and unanimously voted in favor of the project. The Grubstake will take the form of the rendering seen below. 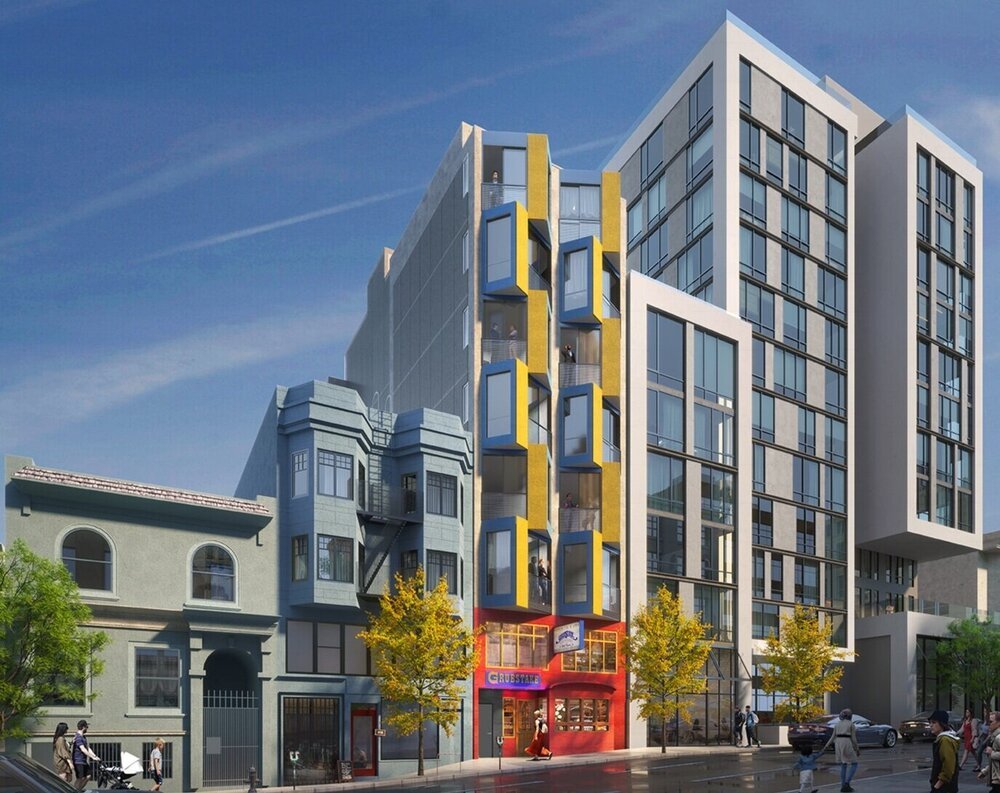 Just as the Grubstake supporters brought out drag royal Juanita MORE! to speak in favor of the project in July, Tuesday night they enlisted “First Lady of the Castro” Donna Sachet. She complained the project was “about to end up in the dustbin, all because of a handful of disgruntled neighbors,” and urged the supervisors to “deny once and for all this ongoing appeal, and join me in the near future for a late-night dinner at the new and improved Grubstake.”

Grubstake owner Jimmy Consos insisted that the Grubstake can’t survive without the added revenue of real estate up top. “The project, as proposed, is what makes retaining the Grubstake and its features financially feasible,” he said. “Changing the project size and decreasing the housing will make it infeasible.”

“We knew the city needed housing, and the Grubstake needed new facilities,” he added. “It has always been my intent for the Grubstake to remain in the same location, with the same successful menu and ambiance, just with a new sustainable building and state-of-the-art cooking facilities.” 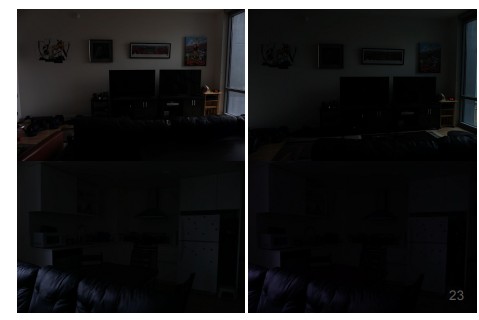 The appealing neighbors presented plenty of technical data, based on their own calculations with light meters, that the new taller building would block sunlight from their units.

“The primary reason for the appeal is that the adverse effect that a lack of light has on people is very well documented,” said a neighbor identifying himself as Sergei. “It can negatively impact sleep, it can trigger depression, agitation, as well as a host of other mental disorders.”

“A non-trivial number of units and apartment owners would be subjected to having the natural light they received through their windows be decreased by an unacceptable amount,” he argued.

The Grubstake’s land use attorney Alexis Pelosi argued these calculations were flawed and unreliable.

“The light study prepared is clearly inaccurate or erroneous,” she told the supervisors. “A light study was prepared by the appellants, who are not technical experts, and was based on handheld light meter readings, a cardboard model, a misunderstanding of the basic concepts of light, and misinterpreted information.” She said that cardboard is not not reflective in the same way this proposed building’s exterior materials would be.

The supervisors were more concerned about the demolition of the train car facade, and its historical role in the Polk Gulch LGBTQ Historic District. The Grubstake says they will salvage and reinstall parts of that train car.

“The existing building is not an individually eligible historic resource, rather it’s a contributor to a historic district,” said Rachel Schuett of the Planning Department. “In this case, the district is the resource. Demolishing a contributor would not result in a significant impact on the district .”

And that argument won over the district’s supervisor, Aaron Peskin. “The only colorable argument is the argument about the demolition, and whether that’s a significant impact,” he said. Peskin voted for the project, along with all other supervisors, saying he was satisfied with "the incorporation, the salvaging, and the reinstallation of part of the existing facility”

This is the third iteration of the condo project proposed above Grubstake. The first proposal was a seven-story building with 28 units, which was downsized in 2016 to just 15 units, but this third, tallest version is the one that passed. A construction timeline has not yet been announced.