After last week's news that Another Planet Entertainment (APE) would be taking over programming at the nearly 100-year-old Castro Theatre (429 Castro St.) many theatergoers, event producers, and neighborhood residents have had questions and concerns about the future of the historic theater.

Hoodline spoke with Gregg Perloff, APE CEO and co-founder, to address some of those questions and concerns. Theater owners the Nasser family have not responded to multiple requests for comment.

There has been a wide array of public outcry, cautious optimism, and anxiety since last week's announcement about APE becoming the full-time operator of the theater, after a century of management by one family. And Perloff wanted first of all to address the volume of worry.

"We weren't prepared for the amount of concern having just signed the contract a week earlier," Perloff said. "We didn't plan on people assuming — there were a lot of assumptions made."

Perloff tells Hoodline that APE has been trying to speak with as many community stakeholders as possible to address their concerns. "There's been a lot of misinformation and we had planned over the next six months to do a lot of outreach," he said. 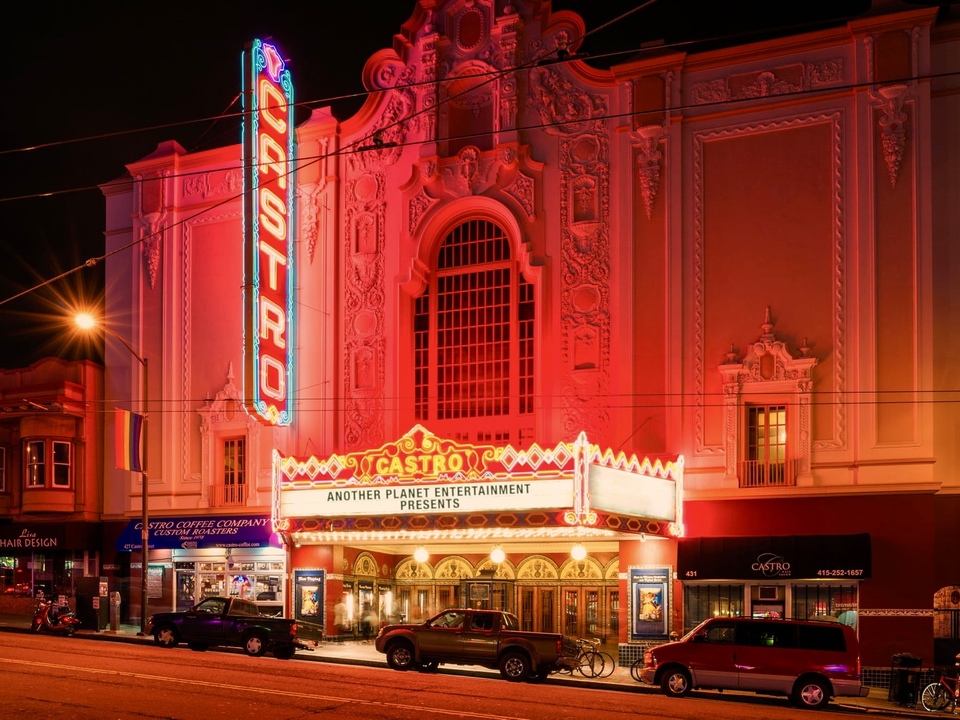 "There's a tremendous amount of interest in what we're going to be doing, but a lot of it comes out of fear," said Perloff. "Some people don't like change, period."

"I know our company will respect the history of the Castro Theatre," he added. "There's a lot of important history in the Castro District and specifically at the Castro Theatre. I understand people being concerned but I don't have all the answers yet."

"I've spent a lot of time dealing with old theatres and this opportunity came up," said Perloff. "We think it's a great theater and we want to be successful. What I've been trying to explain to people is that in order to be successful in 2022 and beyond you can't just do one thing. You couldn't just do comedy, music, or film. All the theatres we operate in we do a lot of different genres. We find that it's a better way to be successful." 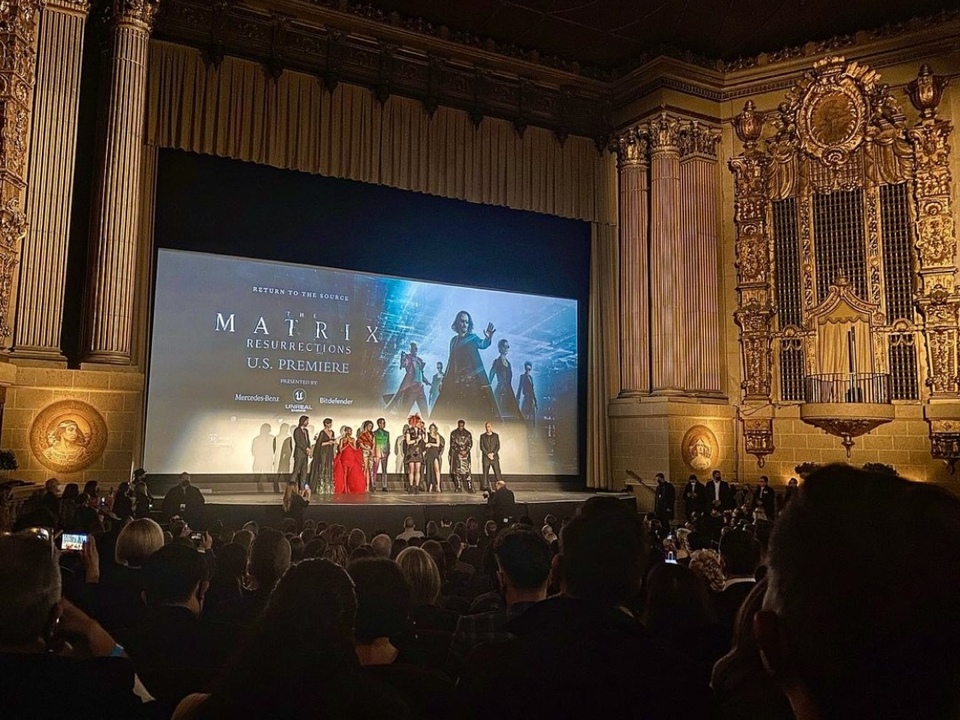 Crowd inside the Castro Theatre for The Matrix: Resurrections premiere. | Photo: Suzy Cole/Instagram

While the Castro Theatre is smaller than many of the venues APE manages, it's not their smallest. APE also runs the 500-seat The Independent on Divisadero, which they also restored.

"The Castro Theatre is not exactly small, it's 1,400 seats," Perloff says. "Compared to the other well-known theatres and Outside Lands it is [small], but I think there's a place for a 1,400-seater."

"The public will eventually dictate what they want to see at the Castro Theatre," said Perloff. "If people want to see repertory film, they're going to see it."

However, Perfloff said that filling the theater for any event is important. "It doesn't help anyone if 12 people show up to a film."

"There's a difference between these big festivals that go into the Castro and some of the smaller repertory films," he said. "But then you've got all the other artists who have been historically involved with the Castro Theatre like Peaches Christ."

On Sunday, activist Michael Petrelis held a rally outside the Castro Theatre on Sunday where attendees wrote notes demanding that APE keep repertory film at the theater. 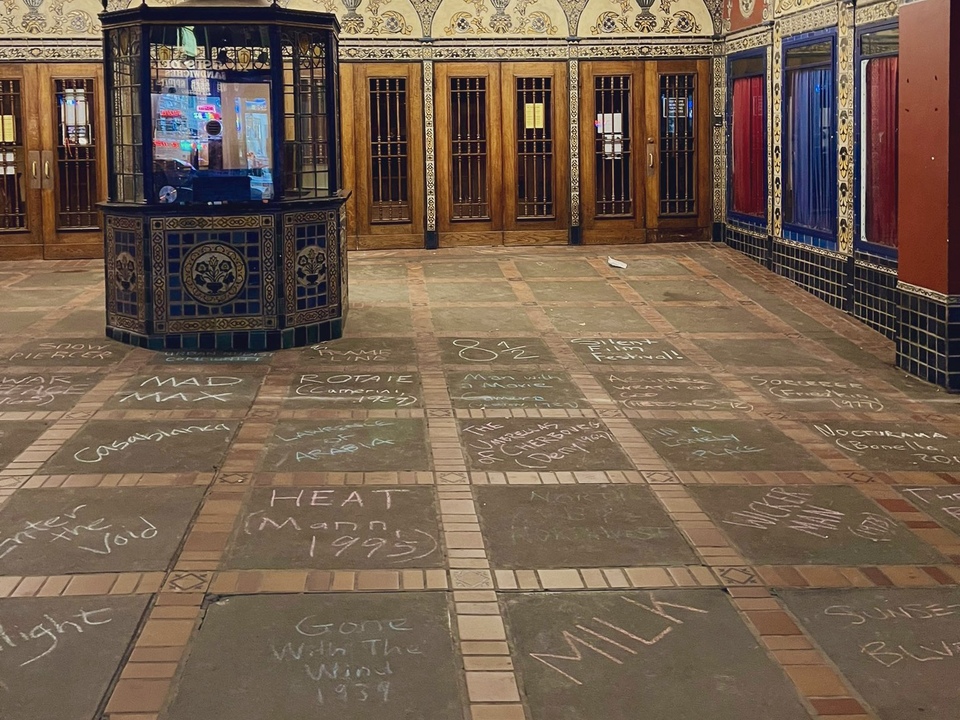 In response, Perloff said that most venues like this are lucky if they host 130 live events per year. "That leaves you over 230 days for film," he said. "It's not like there isn't space to do everything."

Perloff declined to disclose which APE employee would be responsible for booking talent. Asked what some of the musical or comedy acts might be Perloff declined to provide specifics but said, "It would be someone that would draw enough people to make it worthwhile."

Mary Conde, APE production director, tells Hoodline all the confirmed events that had holds prior to APE assuming management will be honored including Frameline, SF International Film Festival, and SF Silent Film Festival.

Peaches told SFist that she's "feeling optimistic about the potential for us to work together moving forward at the Castro Theatre," and she was reassured by what the company told her about their intentions when it comes to local programming, like her popular "Midnight Mass" events.

When asked if events with an emphasis on the LGBTQ+ community like these would continue beyond 2022 Perloff said, "I'd like to have all of those events." He added, "We want more activities, not less." 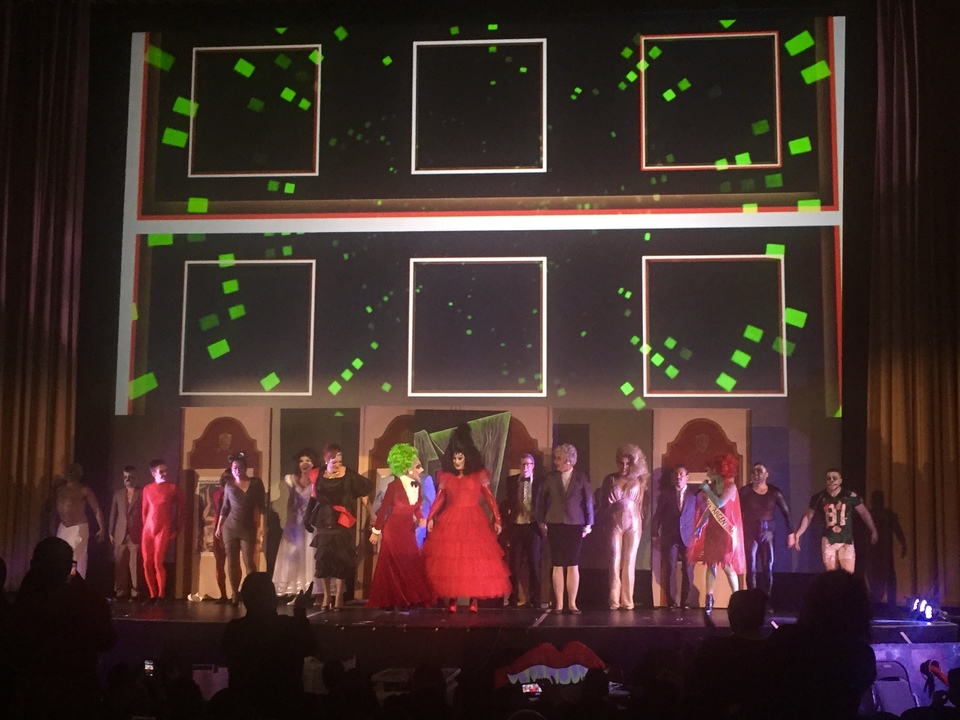 A major concern for many event producers is the cost of renting out the theatre. Asked if the cost would increase, Perloff said, "Prices go up in everything." Perloff would not disclose how much the increase would be due to the costs associated with rehabbing the theatre.

Some estimates have said that it will cost approximately $30 million to upgrade the theatre. Perloff would neither confirm nor deny that figure to Hoodline.

"I don't know how much we will have to charge two, five years from now," said Perloff. "Anyone who says they that know is a liar." Perloff said there is potential for having a different pricing scale for non-profit organizations.

Many questions about the theatre Perloff believes will be better answered in a year from now. "I want to be as transparent as possible, but I also don't want to say things that are potentially not accurate," said Perloff.

SFSFF's 25th anniversary festival will take place at the Castro Theatre May 5–11, 2022. Be there!

At this time APE is not planning to host a community meeting about the future of the theatre. "We're individually talking to every stakeholder to see what it is they are concerned about," said Perloff. "Everyone has different concerns."

Perloff said The Castro Merchants were concerned about the potential of Castro Street being shut down for big events, after the issues that arose from the Matrix: Resurrections premiere.

The Berkeley-based independent concert company plans to update the Castro Theatre over the next year by implementing significant improvements to the sound system, lighting, production, HVAC, and the theatre's trademark marquee.

Perloff tells Hoodline that APE is also exploring having a certain number of movable seats in front of the stage. "It gives you more flexibility, it allows you to do dances," said Perloff. Perloff says he's received a lot of complaints about the seats and they need to be changed out. 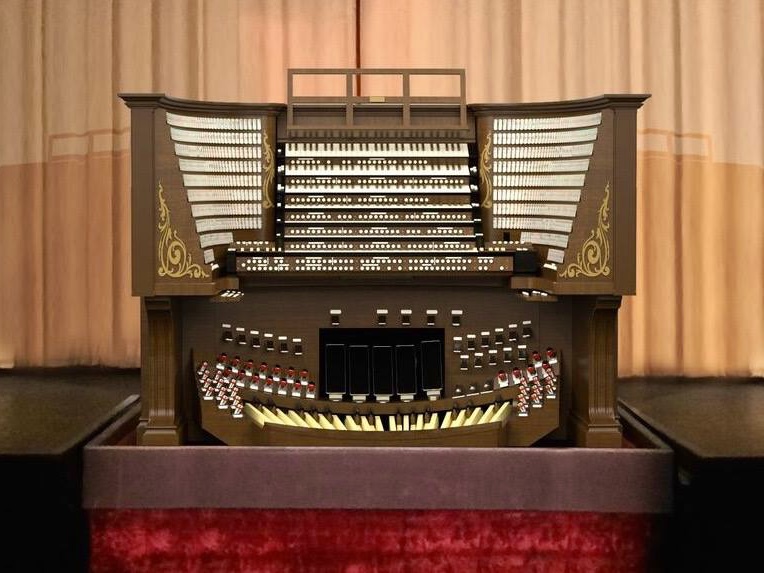 Perloff said another reason for the moveable seats is to make room for the new organ. "I was told potentially that we may have to dig down ten feet," said Perloff. "It may take up more seats."

According to Peroff, the stage may also need to be a different height because of the size of the new organ. However, details are still being worked out. "Every one of these things we're just getting into right now," he said.

"I can tell you that we want to have an organ," he added. "What I can't tell you right now is what organ that will be and what it will do to the seating in front of the stage."

One of the first things APE will be addressing is taking out the old electrical pipes and conduit that were left after being upgraded earlier. There are also plans to add more points of sale for food and beverages upstairs but Perloff would not say if APE was applying for a liquor license.

A construction date has not been set at this time as APE will have to await entitlements from a variety of city agencies including Planning and the Department of Building Inspection.

"We want to be good neighbors," said Perloff. "We are not some big conglomerate or corporate entity. We want people to be proud of the Castro Theatre and that's why we want to be involved."