Tenderloin rooster removed from Tenderloin, reign of crowing is over

About three months ago, residents of the Tenderloin started waking up to poultry problems. Namely, a rooster, whom some unnamed resident had taken in, but as the Chronicle reported last week, the rooster was crowing at 5 a.m. in the Tenderloin every day, cocking up the neighborhood’s early morning sleep.

"We have many challenges in the Tenderloin and a rooster is now one of them": Residents in San Francisco's densest and most urban neighborhood have had enough with the rooster who crows at all hours.

But when neighbors complained to SF Animal Care and Control (ACC), the department could not initially do anything about the rooster’s noise. “The crowing and disruption is considered a noise ordinance disruption,” ACC spokesperson Deb Campbell told the Chronicle last week. “It’s common people will contact us for barking dogs and we will investigate cruelty and neglect but barking dogs are, again, a noise complaint for the police department.”

For folks who were following this story, we were able to get the rooster turned into Animal Control, it's my understanding it'll be sent to a more appropriate home on a farm pic.twitter.com/h12ubbBuBZ

So, feathers had to fly with the police department and City Attorney instead. But apparently the rooster’s owner did not want to play chicken with the law. The district’s supervisor Matt Haney tweeted Wednesday afternoon that “we were able to get the rooster turned into Animal Control, it's my understanding it'll be sent to a more appropriate home on a farm.” 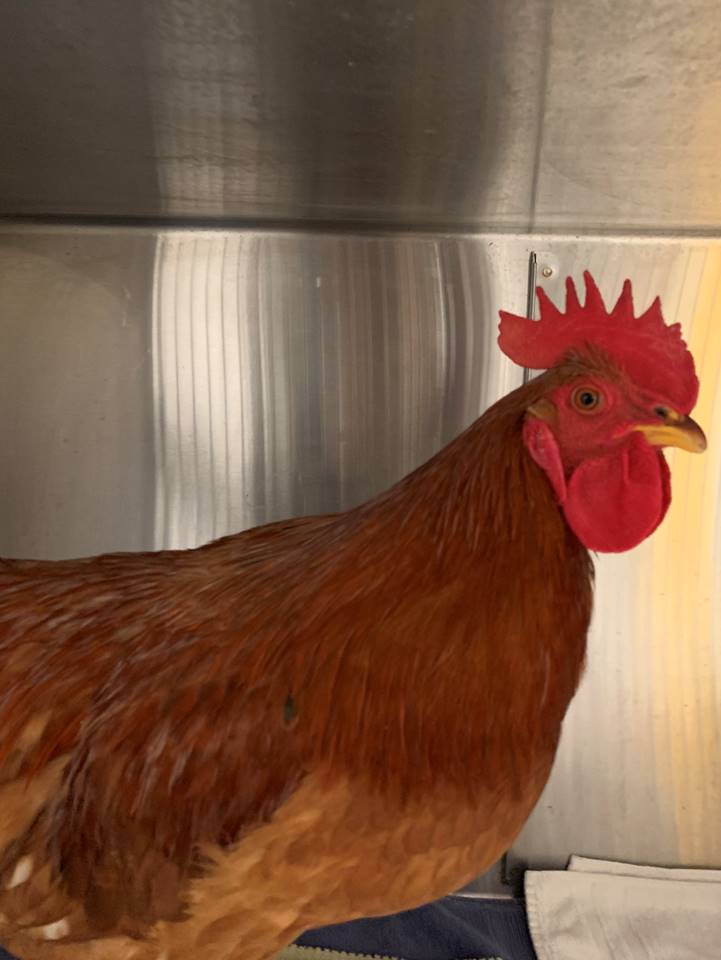 SF Animal Care and Control confirmed to Hoodline that this is all true, and even sent us the above photo of the handsome cockerel. “Yes – he is here, and quite a nice rooster (if not a bit noisy as roosters are),” Campbell tells Hoodline via email. “His name was listed as King Henry IV.”

“Our animal care staff have called rescue partners / rescue groups who take in chickens and roosters, so he’ll go to one of them,” Campbell added.

So, fortunately, Animal Care and Control was able to resolve the situation without having to resort to fowl play.