A new Indian restaurant has just debuted on the Divisadero corridor, Curry and Kabab, in the former Wine Kitchen space at 507 Divisadero.

Hoodline first noted the coming restaurant several weeks back without having any details, but now we have a menu, and the doors were open as of Friday. The place appears to be listed on GrubHub and Uber Eats as well — though curiously there it has the address 3066 24th Street, which is actually the address of Tadka Indian Restaurant, Pizza & Sports Bar. It appears that the owners of that business, Surinder Dhillon and Rajinder Chaudhary, have expanded across town — and Curry and Kebab also serves Indian pizzas, in addition to curries, vindaloos, tikka masalas, tandoori dishes, and spiced kebabs.

Chaudhary also owns four other Curry & Kabab locations in the Bay Area, in Pacifica, South San Francisco, San Mateo, and Clayton, all with similar menus. Neither the new SF location, nor the very similar Tadka, have yet been added to the Curry and Kabab website.

Check out the full menu for the Divisadero location below. 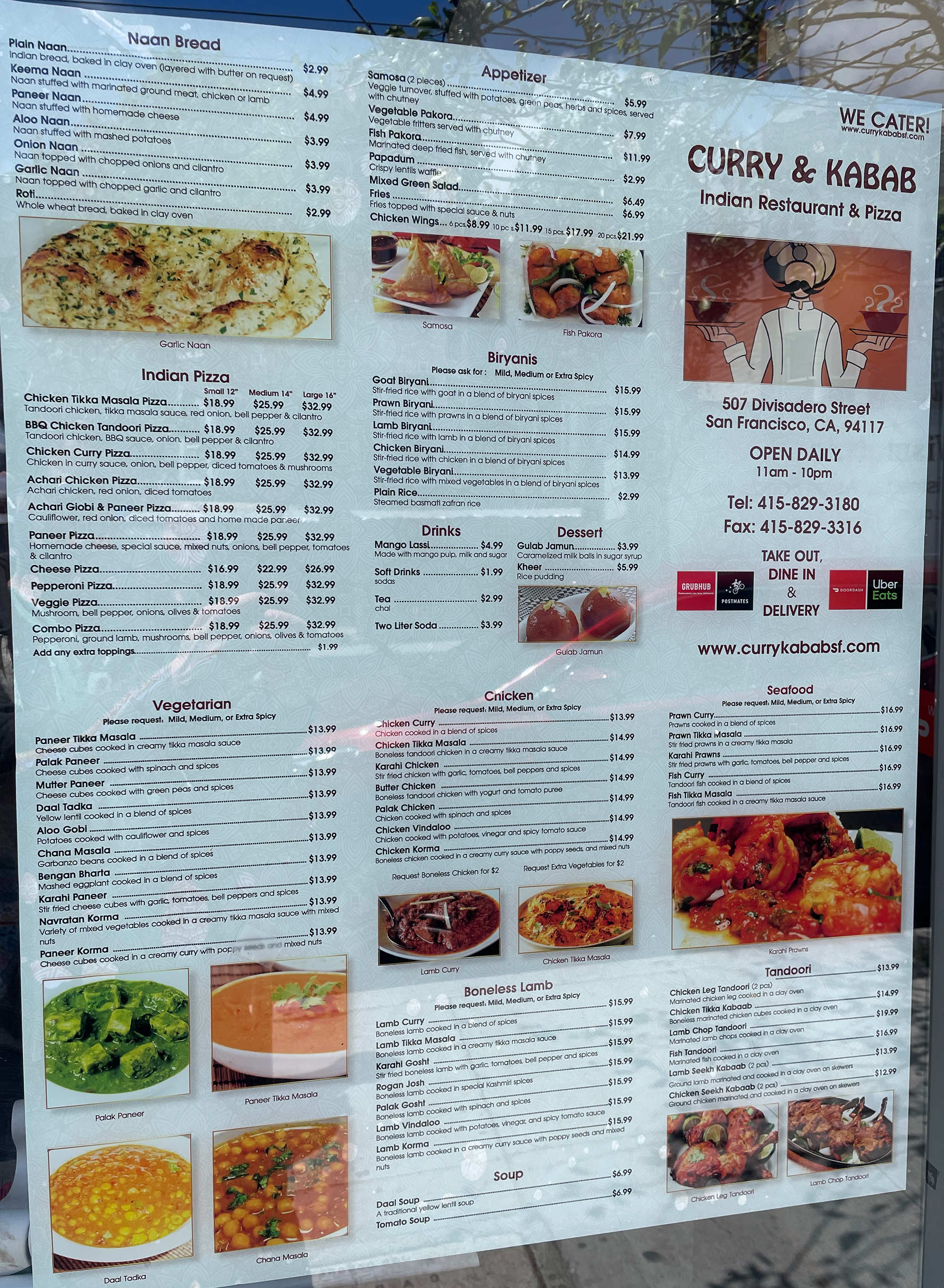 San FranciscoDivisadero
About 14 hours ago