“When shelter-in-place hit, we were an eight-month-old restaurant,” says Square Pie Guys co-founder and CEO Danny Stoller. “We had no idea what was going to happen.” 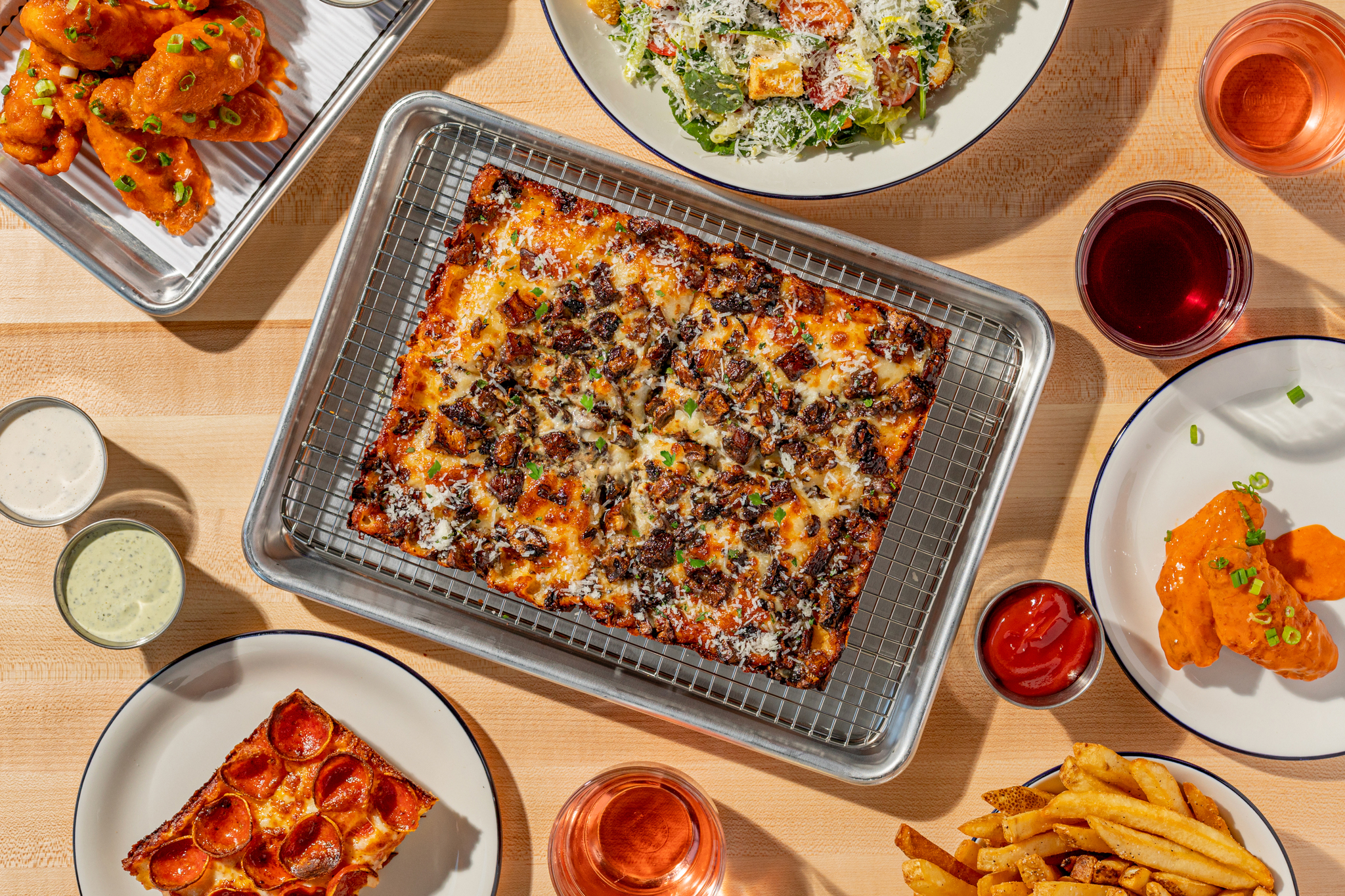 What happened was that South of Market Square Pie Guys shop became a huge pizza delivery hit with comfort-food craving shut-ins, and they made the Chronicle’s Top 25 Restaurants list. That led to a second location in Oakland, and now get ready for a third helping. 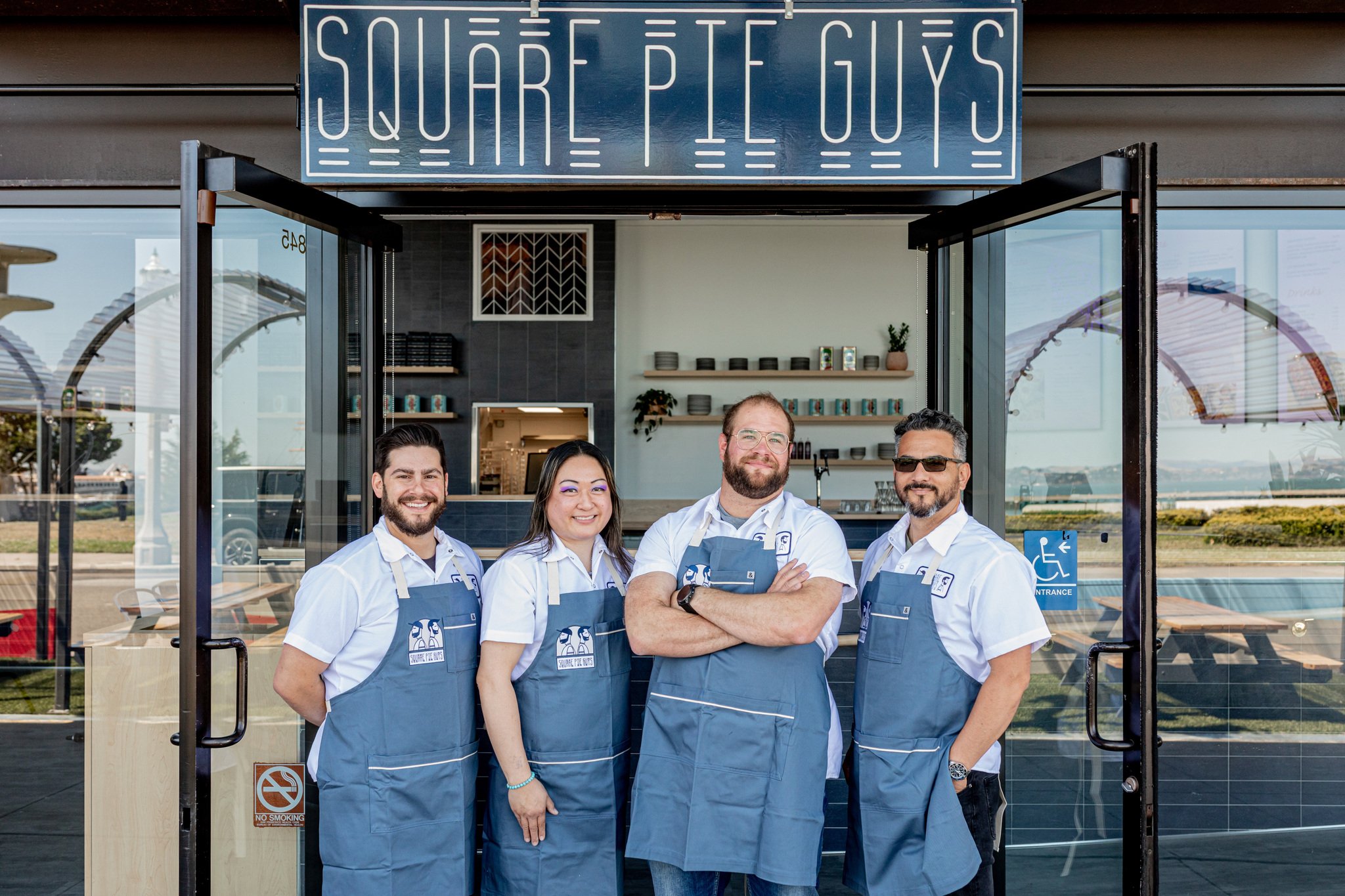 “There’s this element of 'Wow, now Square Pie Guys is on a national stage, people from all over the world can hear about Square Pie Guys when they walk through historic Ghirardelli Square,'” Stoller tells Hoodline. 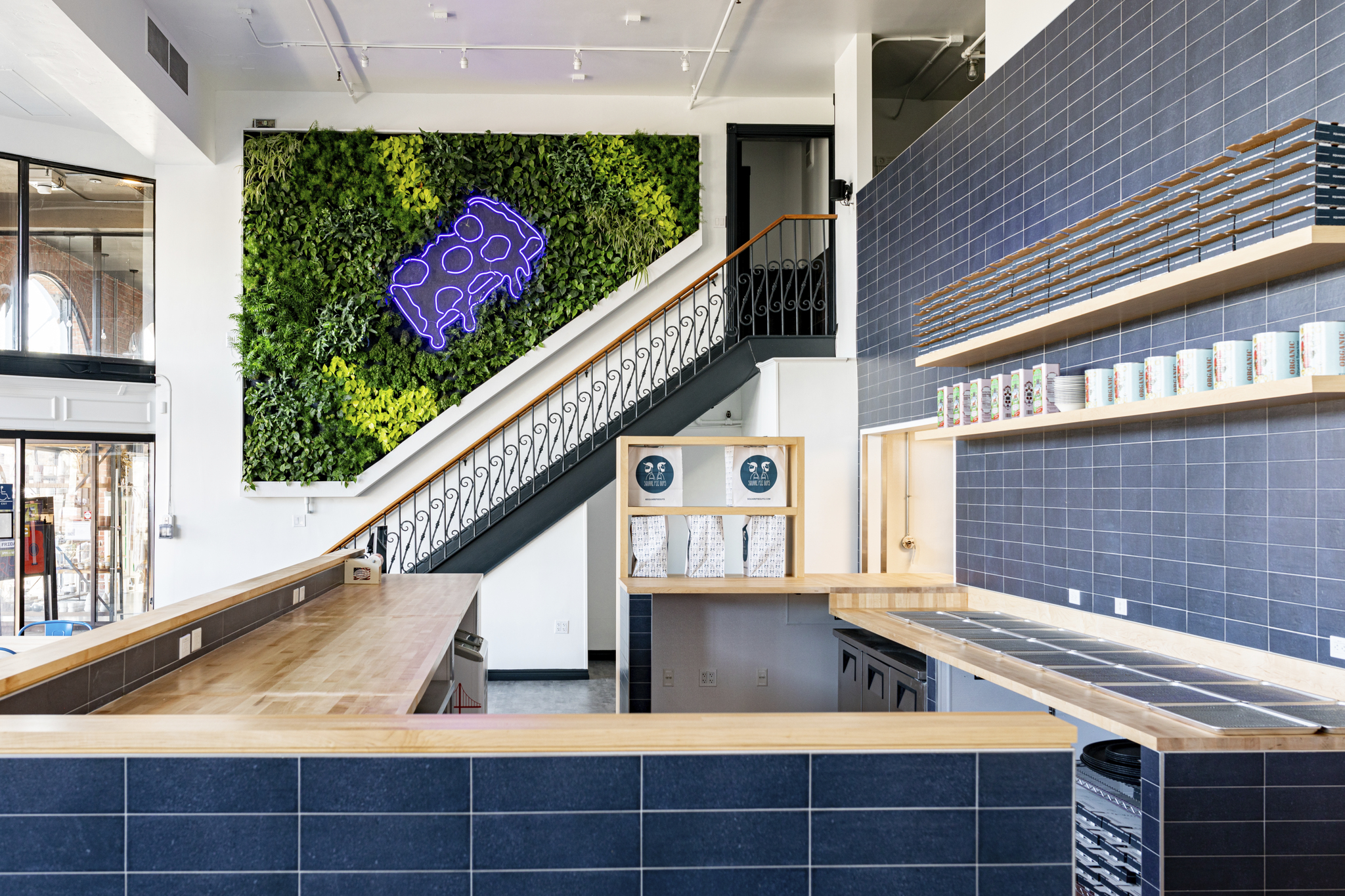 You’ll notice the signature neon sign at the new location, on a living wall designed by Woodshed Plant Company. The interior dining room is their largest yet at 3,300 square feet, but like the SoMa spot, has little barrier between the kitchen and dining area. “You’re part of the party. It’s fun on Friday nights,” Stoller says of that Mission and Seventh Street location. “We wanted to replicate that here.” 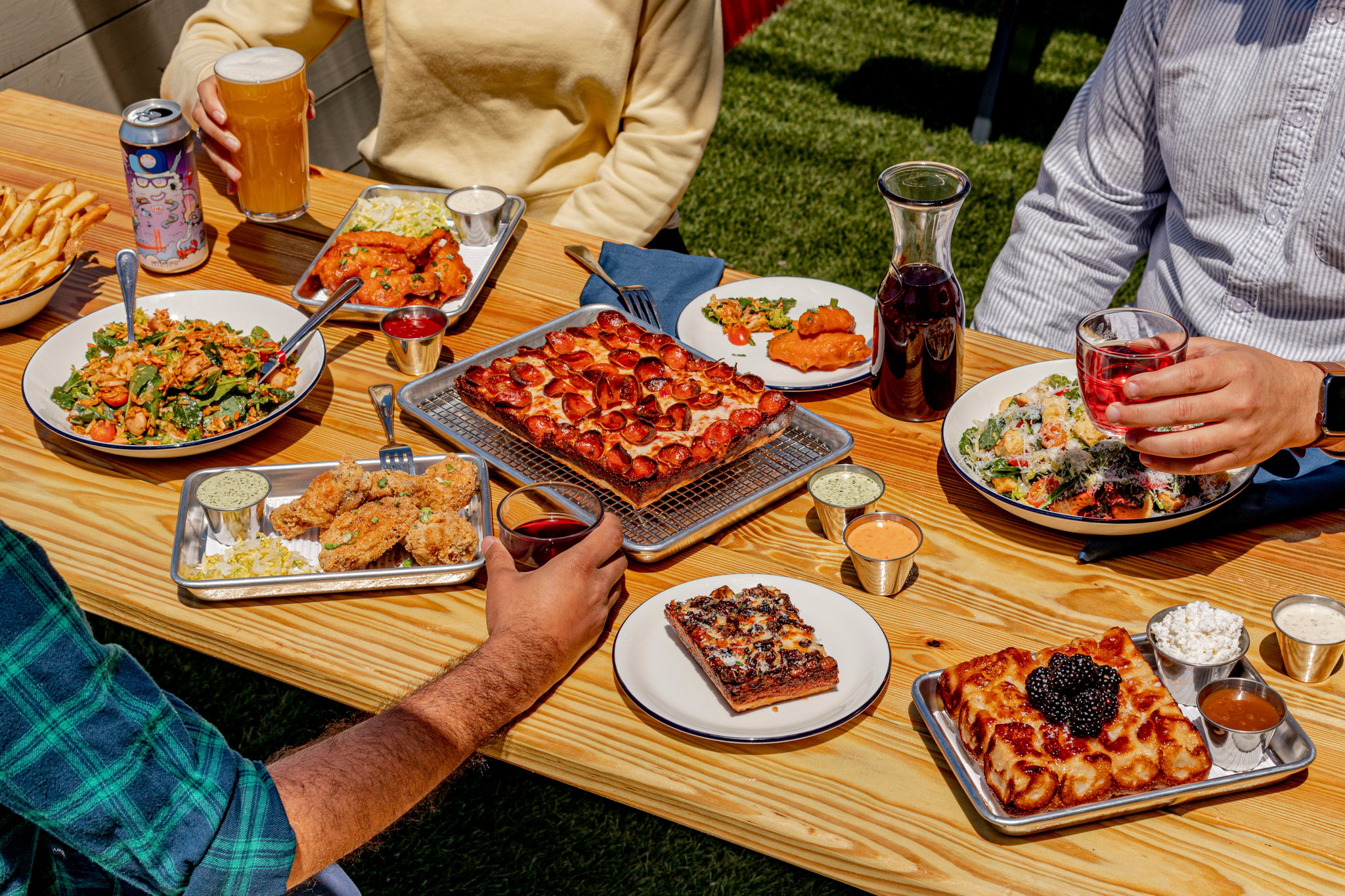 But the outdoor parklets, with their sweeping views of the bay, ships, and the Golden Gate Bridge, really makes this Ghirardelli Square location worth the trip. And yes, they do have putt-putt turf beneath the parklet tables. 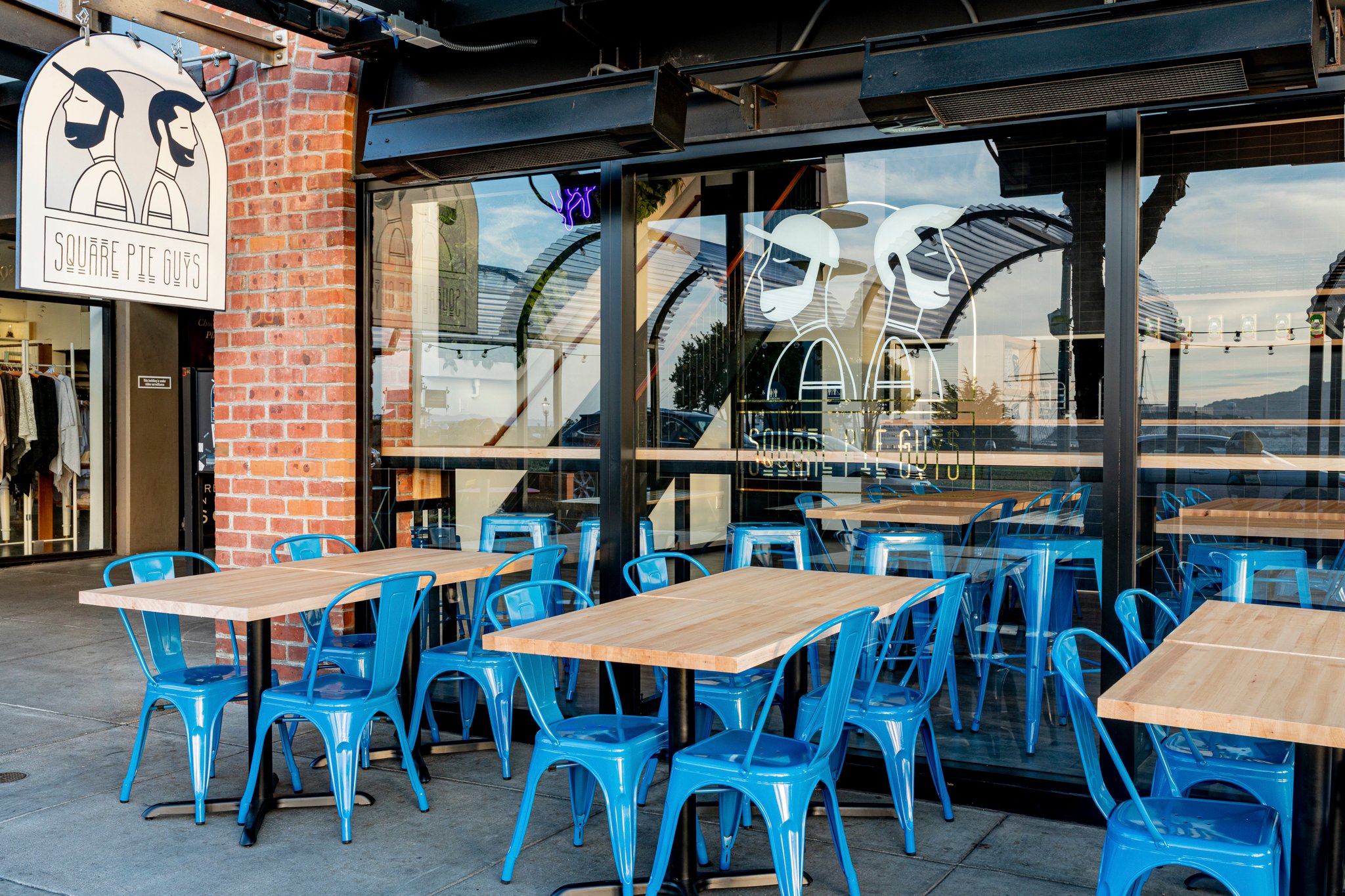 So Ghirardelli Square gets its square pizza, a slice of both spectacular scenery and a cult-hit culinary phenomenon.

“This is the first location we get to launch with this expansive outdoor space,” Stoller says. “My goal is you go on a hike in Marin, you come back, it’s four o’clock on Sunday, you sit at the patio table, you get a couple beers, you get the pizzas, you go home, you’re happy. That is the ideal use case for this patio.”