The fog proved to be a buzzkill for the crowds that flocked to the waterfront Sunday to catch the Blue Angels' final Fleet Week performance. The marine layer's stubborn refusal to dissipate forced officials to cancel the popular show. But a little fog couldn't dampen the spirits of the thousands who congregated just up the hill in North Beach to enjoy another of the weekend’s colorful spectacles, the 154th San Francisco Italian Heritage Parade. The longest continuously running parade of its kind in the U.S., the annual event celebrates the contributions and culture of Italian Americans in the Bay Area and beyond. 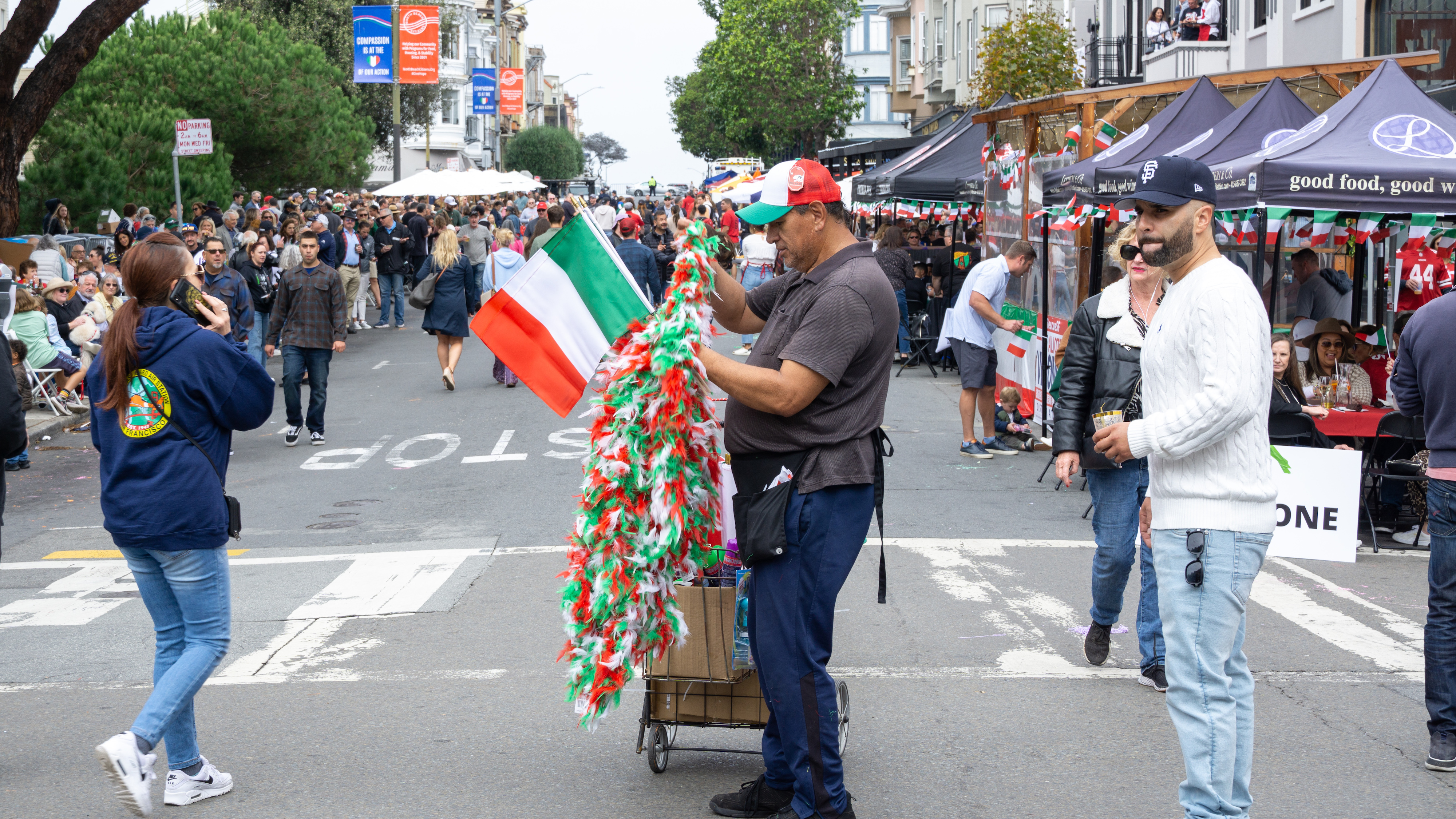 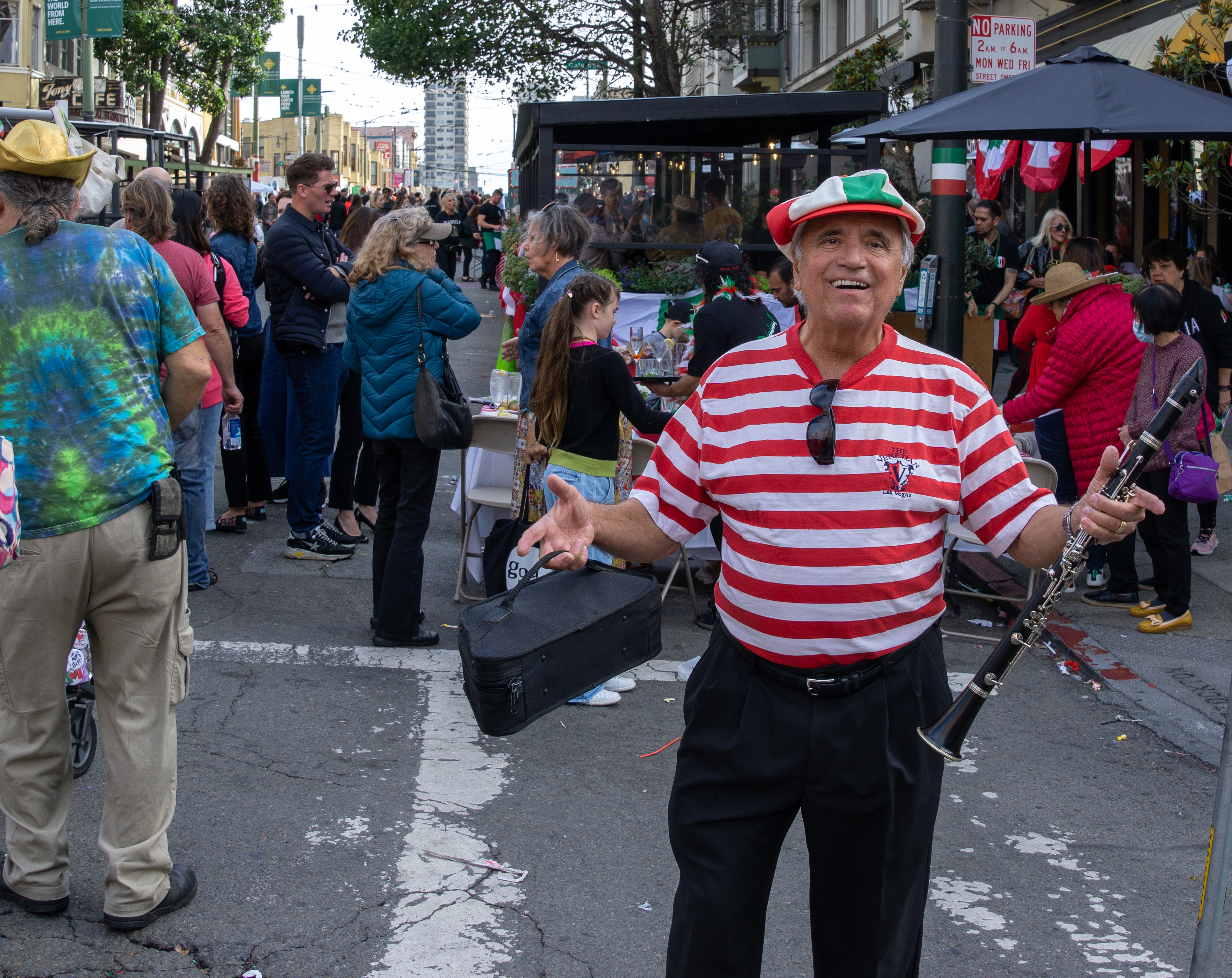 Randy DeMartini and Larry Mazzola, Jr. served as this year’s grand marshals. DeMartini is executive director of the Salesian Boys & Girls Club, an anchor of the North Beach community. The club provides kids with access to school activities, enrichment programs and other services. Mazzola is business manager of the Local UA 38 and president of the San Francisco Building and Construction Trades Council. He represents a long Italian-American tradition of fighting for the rights of the city’s working men and women.

“We are proud to honor Randy DeMartini and Larry Mazzola, Jr. as our 2022 grand marshals for their longtime support of the Italian-American community in San Francisco,” said Bill Mastrangelo, president of San Francisco Italian Heritage Parade, in a press release.

The parade started near Pier 39 at Fisherman’s Wharf, then headed up Columbus Avenue before snaking its way around Washington Square to end in front of Saints Peter and Paul Church. All along the route, jubilant spectators cheered some 90 floats, bands, drill teams, dignitaries, and other participants. Many flaunted pride for their Italian roots by wearing outfits featuring the red, white and green colors of their country’s flag. Attendees also waved mini-Italian flags and donned feather boas dyed in its hues. 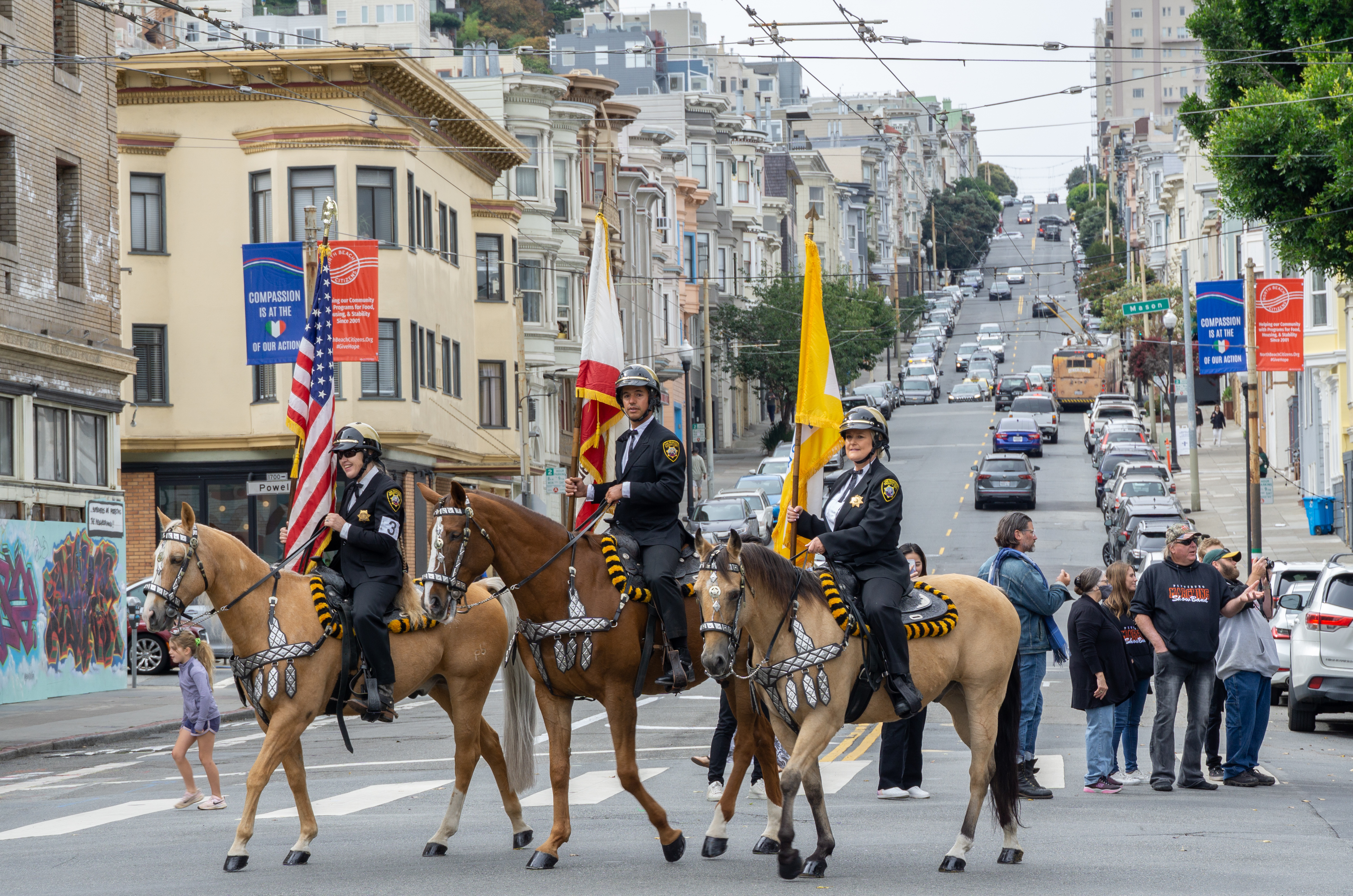 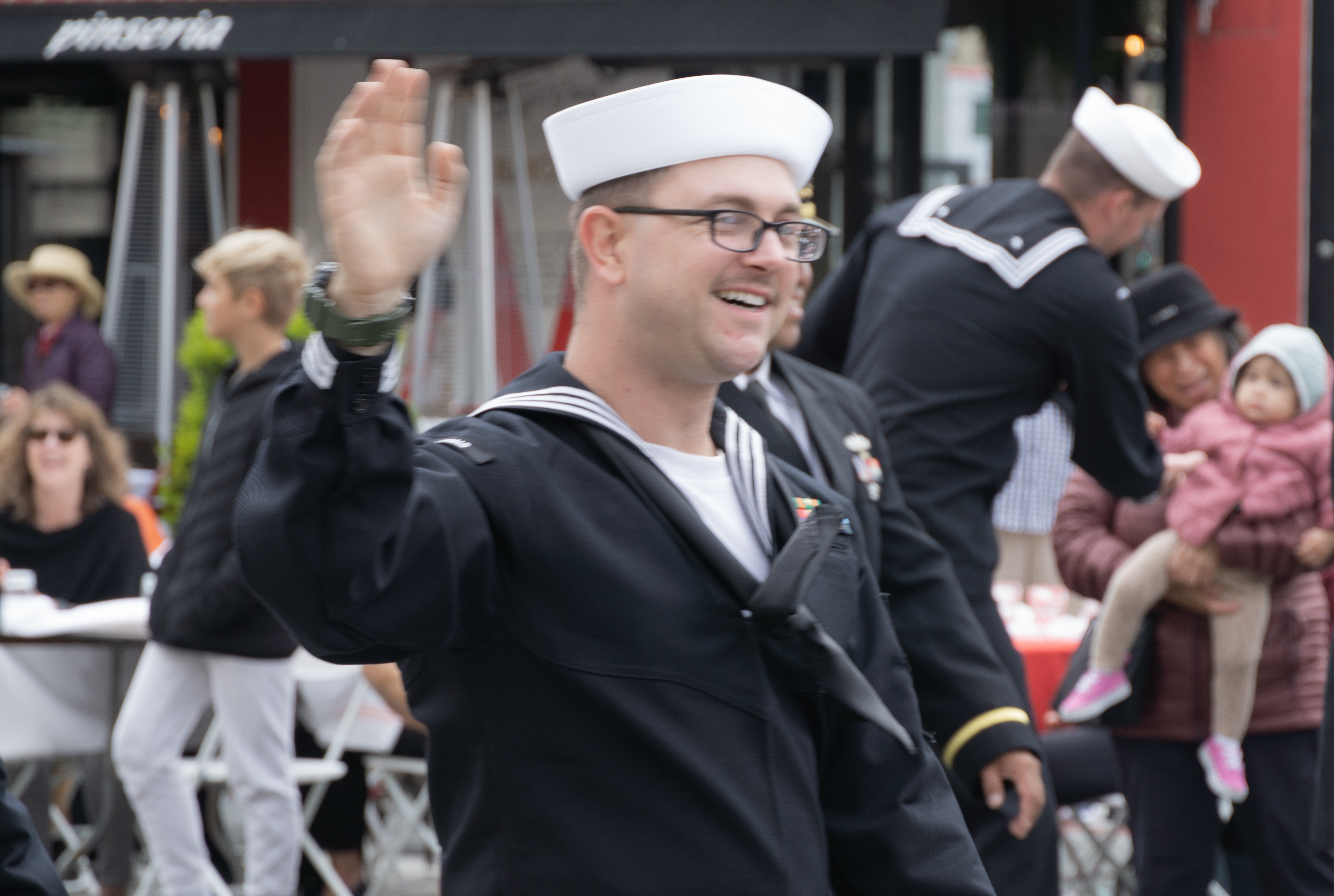 Last year marked the post-pandemic return of the parade to the streets of San Francisco. It was the first of the city’s major parades to do so since COVID hit, and the joy in the air was palpable. You could still feel that extra jolt of energy at this year’s event. Clearly, the freedom to celebrate in-person is still new enough that folks aren’t yet taking it for granted.

“I love North Beach and I come to the parade every year,” said Katy Jones, who lives in nearby Nob Hill and is a member of the charitable organization North Beach Citizens. “It’s fun to watch the floats and see so many people amalgamating in one place to support a cause. Honestly, it’s just nice to come back together.”

Many restaurants lining the route set up special reserved tables in front of their establishments where large groups took in the festivities while feasting with family and friends. Most tables were snatched up well ahead of the parade.

Kathy Cady, a former long-time North Beach resident, was among those who enjoyed the popular tradition at North Beach Restaurant. Now living in Kansas, she purposely timed her first visit back to her beloved old neighborhood to coincide with the parade.

“Coming back for this parade means everything when you move away,” she said. “If you really want to come back and connect with your neighborhood and your world, you come back for the Italian Heritage Parade.” 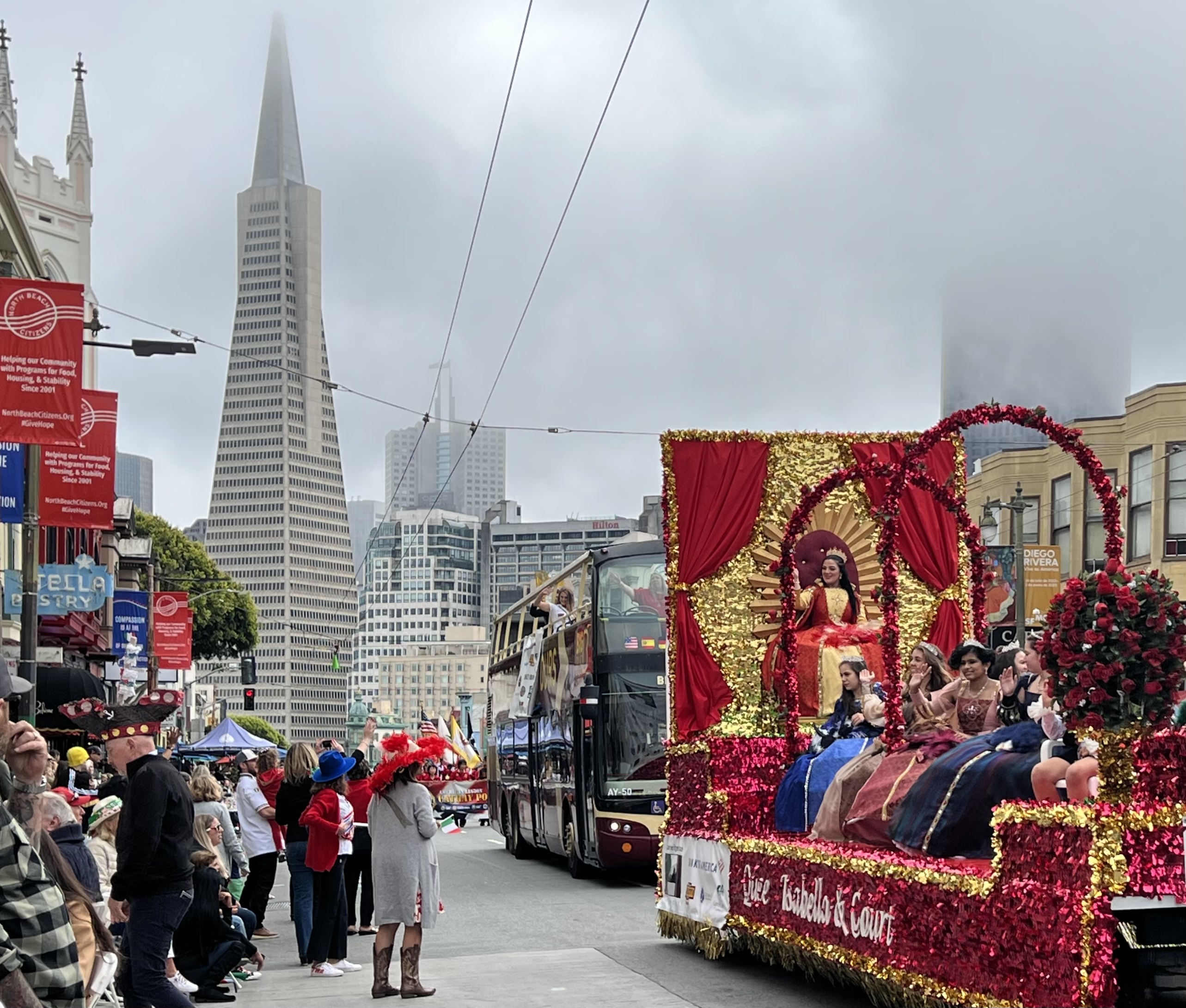 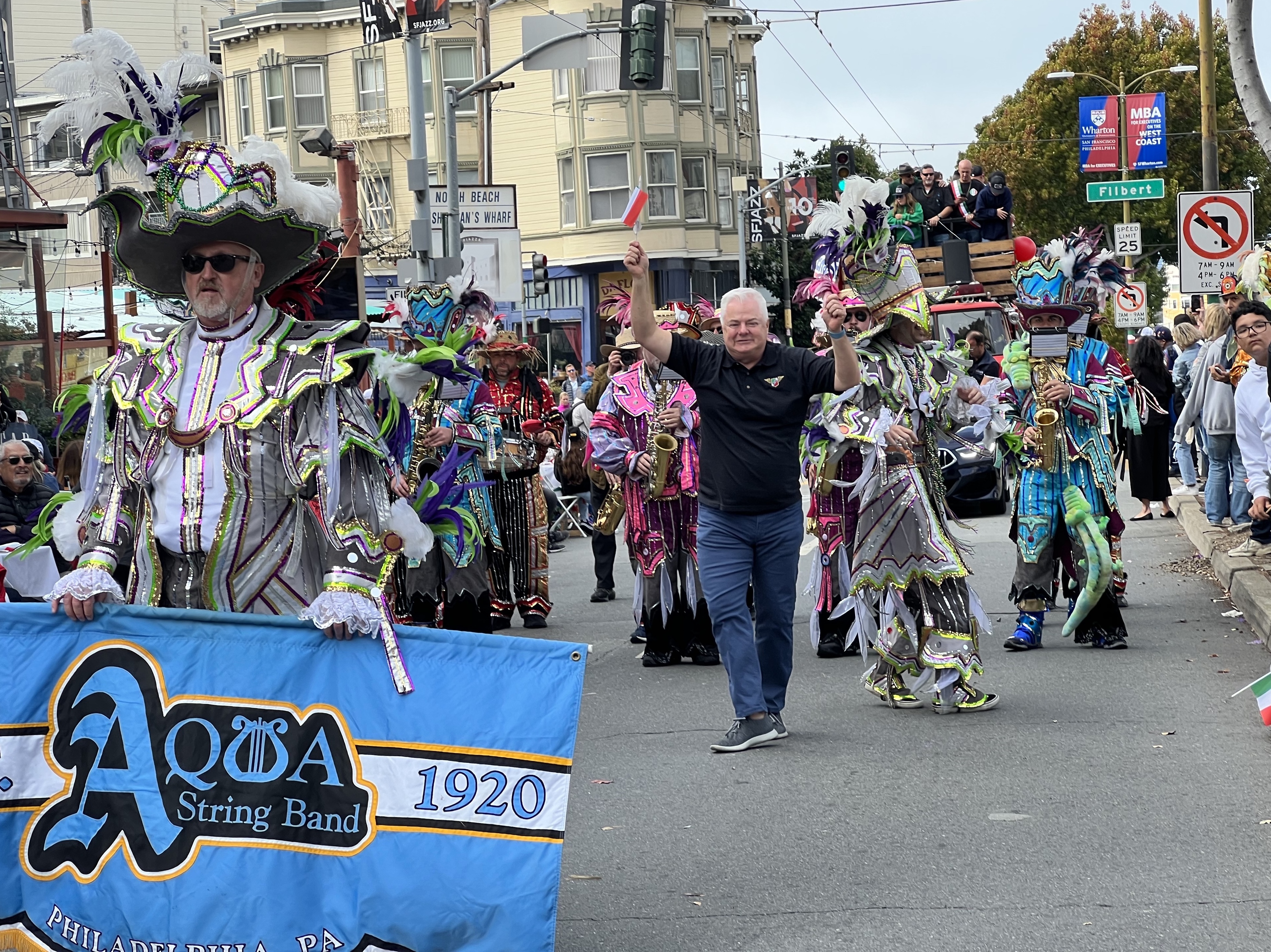 Spectator favorites included the large float carrying this year’s Queen Isabella, Filomina Torchy Prudente Reilly, and her court. They will reign as ambassadors of San Francisco’s Italian heritage until next fall and participate in a variety of civic events. With their precise footwork and harmonious sounds, Pittsburg High School’s Marching Show Band was another crowd pleaser. So were the graceful moves and traditional costumes of the Ricco Italian Dancers. The antics, over-the-top hats, and sequin-adorned costumes of Philadelphia’s Aqua String band also earned enthusiastic hoots from the crowd, as did the men and women from various military units marching in their snappy uniforms. 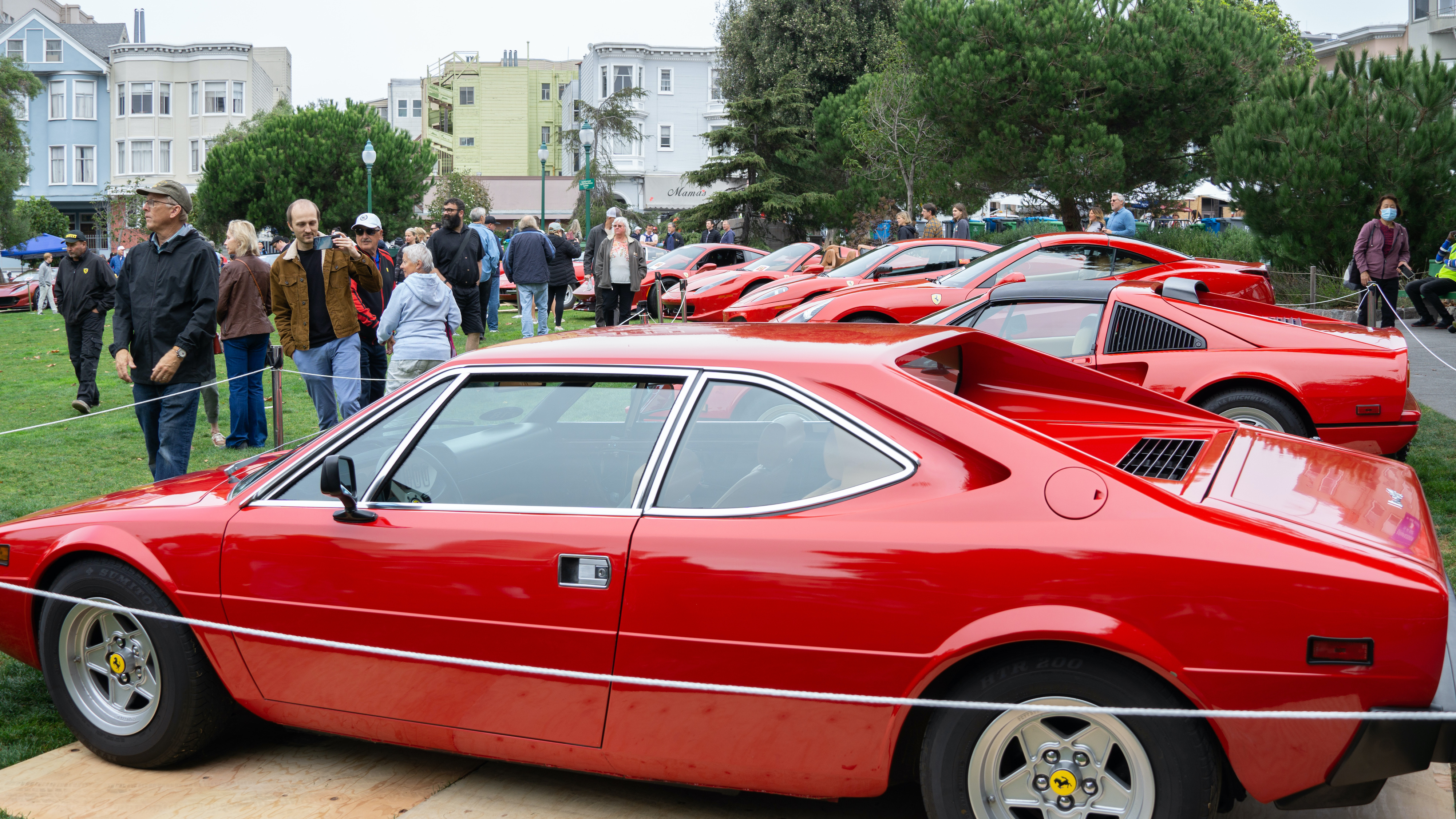 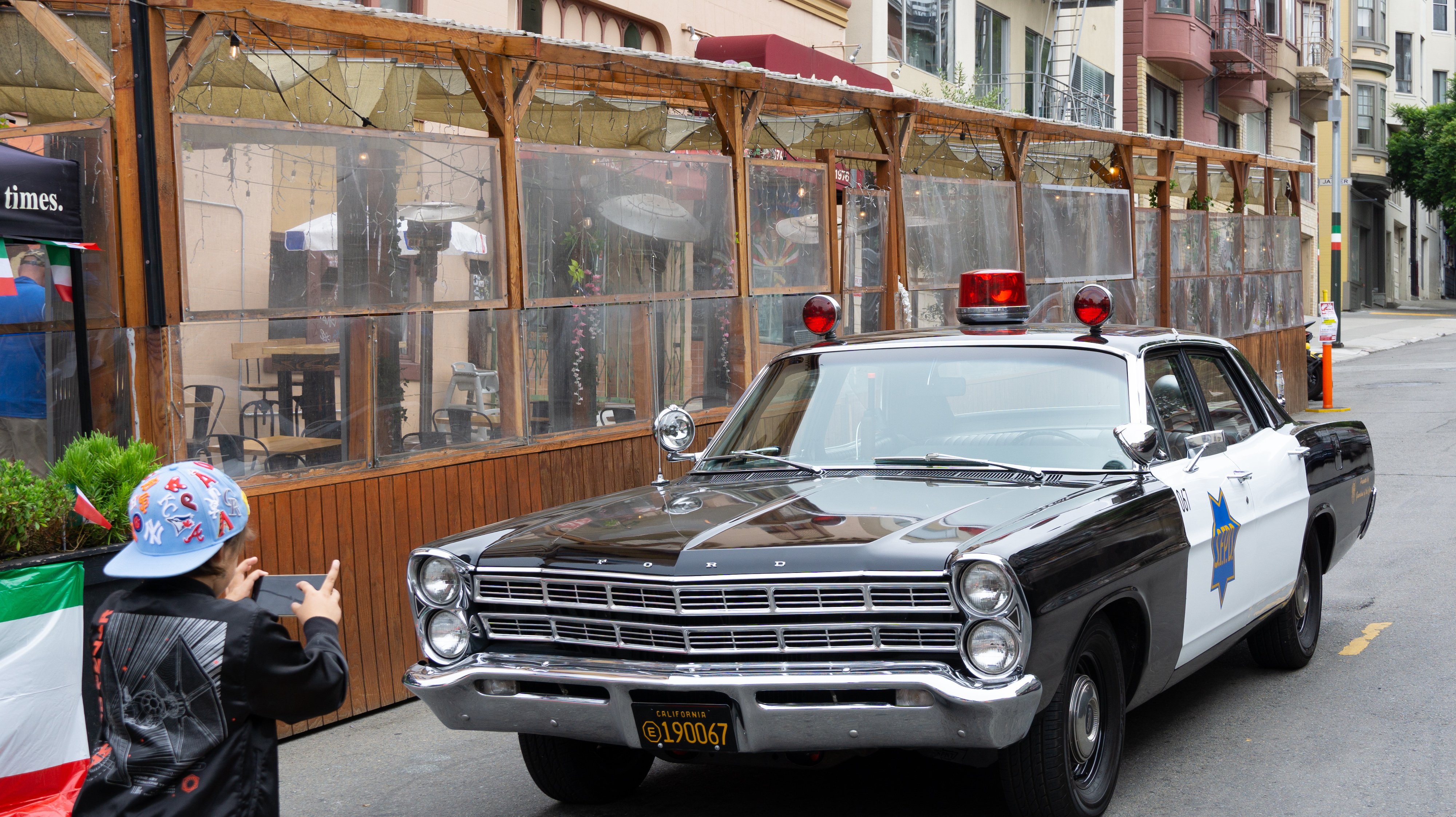 In addition to the parade, the day’s festivities included a number of special events happening around Washington Square. A row of slick red Ferraris lined the perimeter of the park’s grassy area. Across the street, Saints Peter and Paul offered live music, food, and fun for all ages as part of its 103rd annual Columbus Day Bazaar.