After three years in the Castro, progressive Indian restaurant Bhoga (468 Castro St.) is calling it quits. However, the space won't sit vacant for long.

A sign in the window and liquor license transfer notification indicates that an American & Asian-Indian fusion restaurant called Castro Restaurant & Brewhouse will be taking over.

Owner Premm Makkena tells Hoodline that Bhoga's last day will be around the first week of January, pending the permit approval process with the California Department of Alcoholic Beverage Control (CA ABC).

"I was looking for a change and a different path," said Makkena about the closure. Makkena says he plans to take a break to spend more time with his family and will not be opening another restaurant. 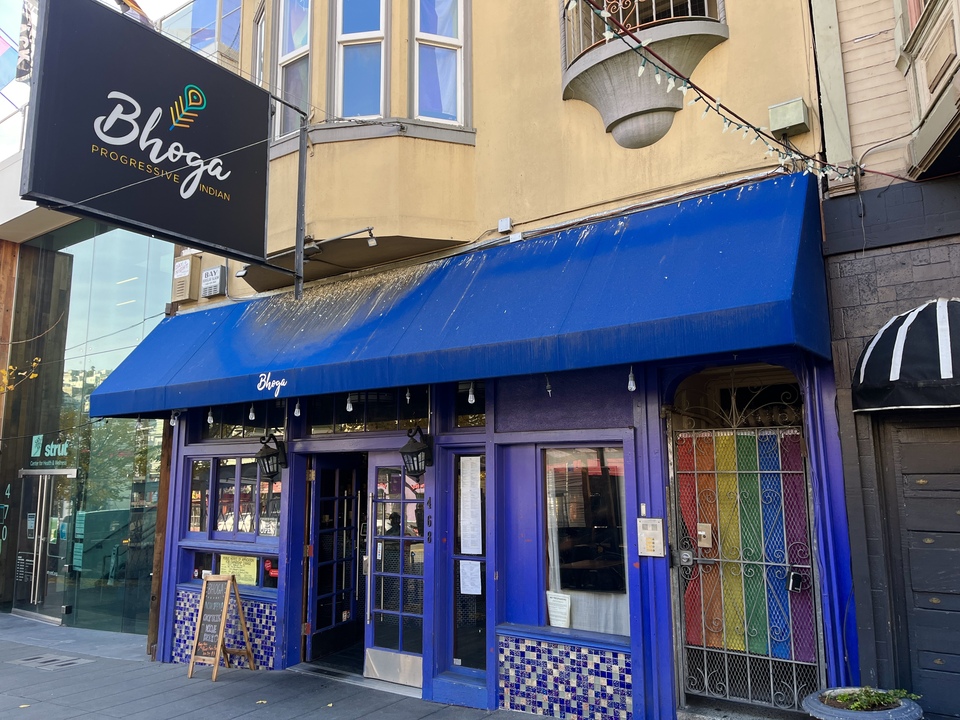 Looking back on three years Makkena said, "The Castro has been very friendly. It is a really tight community and I'm grateful for the neighbors, even during COVID."

Khadka, who was born in Nepal to restaurateur parents, went to college in computer science and worked in Silicon Valley as a data analyst and software engineer. In a 2016 interview with Hoodline, he said that after years in that world, "I decided I wanted to do something I like," something more rewarding, more flexible, and more social.

"I always wanted to open a restaurant in a busy area so I can explore more," said Khadka about opening in the Castro.

Looking at the restaurants around the neighborhood, Khadka said he noticed that most focus on one type of cuisine. "We're going to have a menu from all over," said Khadka. "It's going to be American, Asian, and Indian fusion." 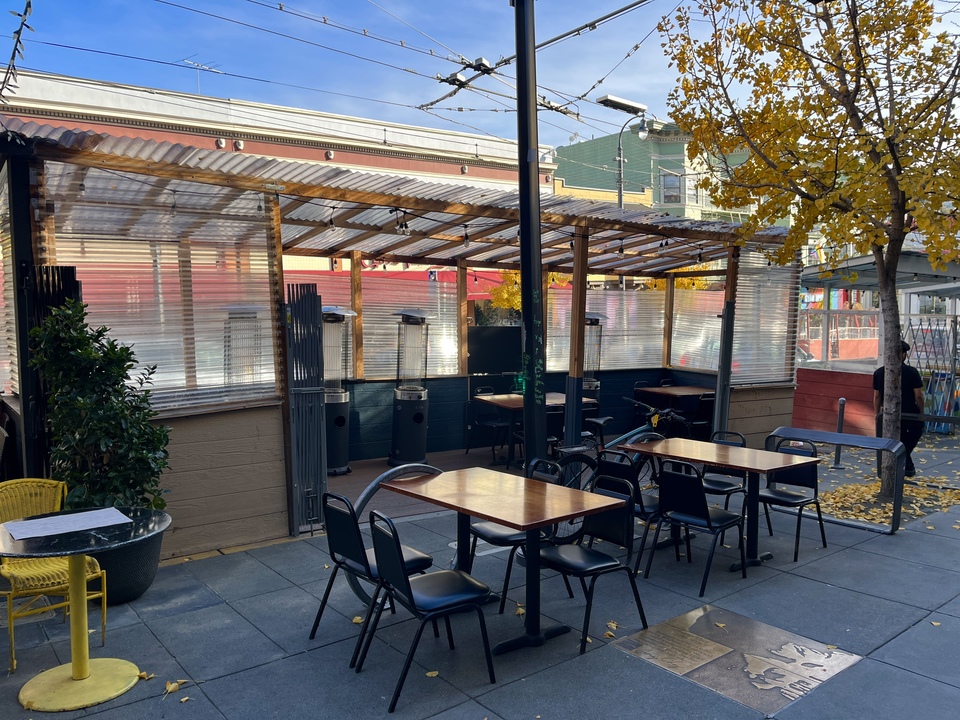 While Bhoga prepares to close, Makkena continues dealing with wage theft allegations that plagued the restaurant before it even opened.

Hoodline readers will recall Bhoga opened in 2019 in the former A.G. Ferrari space after a lengthy three-year application process.

Makkena, for his part, denied all of the allegations, and after filing a wage theft claim with the state, Oza, Adam, and Sara remain in limbo.

Makkena — a Genentech employee who also owns Mission District Indian restaurant Deccan Spice — said that Adam and Sara were consultants who had already been paid in full for their work. Oza, he says, never signed the offer letter.

”There were some consultants who promised some deliverables and took advance pay, but never turned (in) the completed final deliverables,” Makkena told Eater SF at the time. 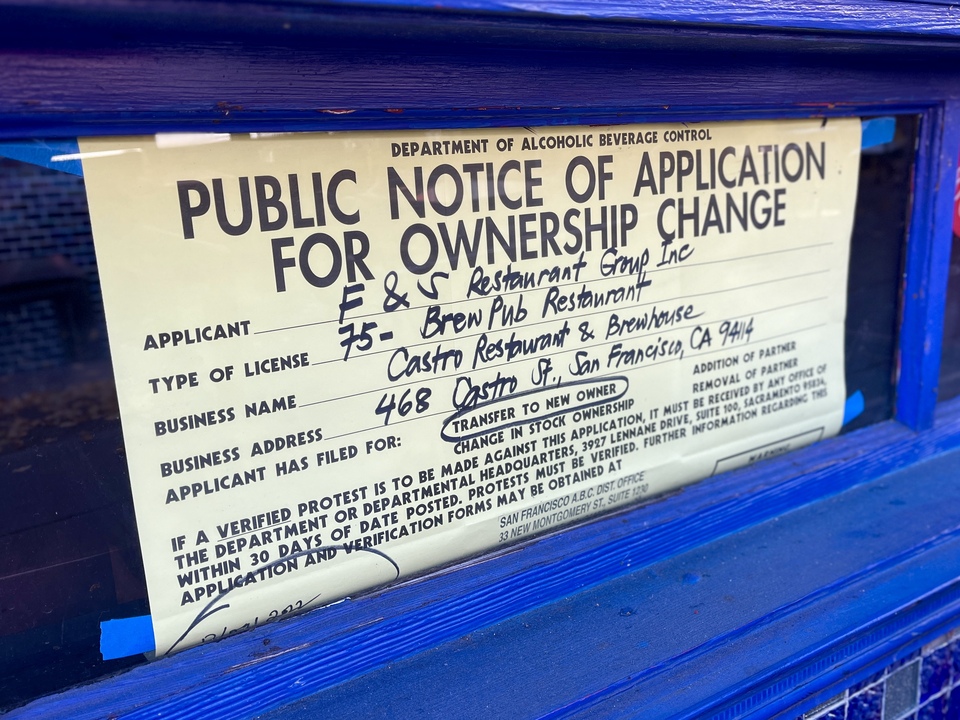 A liquor license transfer notification has been posted in the window. | Photo: Steven Bracco/Hoodline

A California Department of Industrial Relations (DIR) Labor Commissioner's Office settlement conference between Makkena, Oza, Adam, and Sara was scheduled for January 2020. The night before the hearing Makkena emailed DIR notifying them he was denying the claims and would not be attending.

There they learned that due to Makkena’s dispute of their claims, they’d require a full hearing with the agency, something that the DIR says could take about 18-24 months to schedule. “Wage theft is a big problem in San Francisco,” said DIR spokesperson Paola Laverde at the time, and the hearing backlog is because “there’s a lot of claims.” 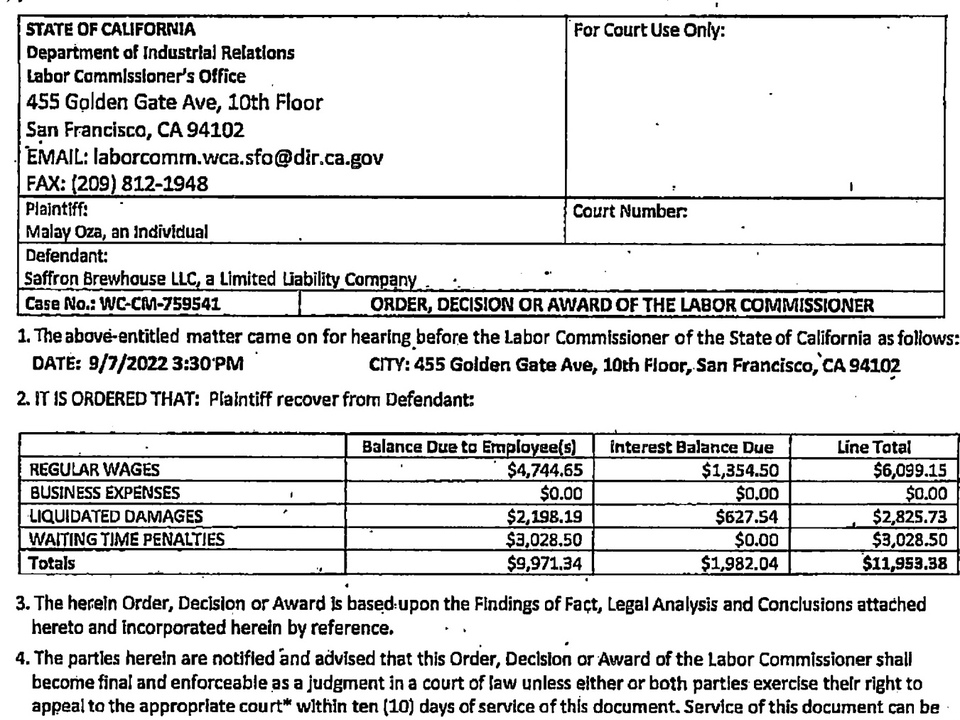 Oza tells Hoodline that Makkena has appealed the ruling. "My case is now moved to San Francisco Superior Court for a hearing since Prem [Makkena] appealed the Labor Board decision in my favor at the hearing we had in September 2022," said Oza.

The total award is well below the $18,104.30 Oza had originally been seeking. "Even that amount is not right," said Makkena. "I'm sure I'll win the case," Makkena said.

As of press time, DIR did not respond to Hoodline's request for comment on the status of Adam and Sara's claims.

According to Oza, an appeal hearing takes approximately four to eight months from when it is filed.