A Sneak Peek Inside The New Swedish American Hall

Noise Pop is set to reopen the Swedish American Hall later this month, and we got a sneak peek at the newly renovated space at a reception held last night.

The Swedish American Hall, built in 1907, will serve as Noise Pop headquarters during the annual music, art and film festival, which goes down from February 20th to March 1st, and will be operated by Noise Pop as a venue from then on. (The full schedule of events for Noise Pop HQ was just released today, and features a film screening with live score by Christopher Willits, a solo show by Thao Nguyen, and more.) Noise Pop founder Kevin Arnold tells Hoodline it will be a couple more months before a full schedule of programming is up and running, however.

As you can see from the photos below, no major changes were made to the grand banquet hall's appearance. The biggest changes Noise Pop made were to install a new sound and lighting system as well as a new floor, and to overhaul of the bar area. 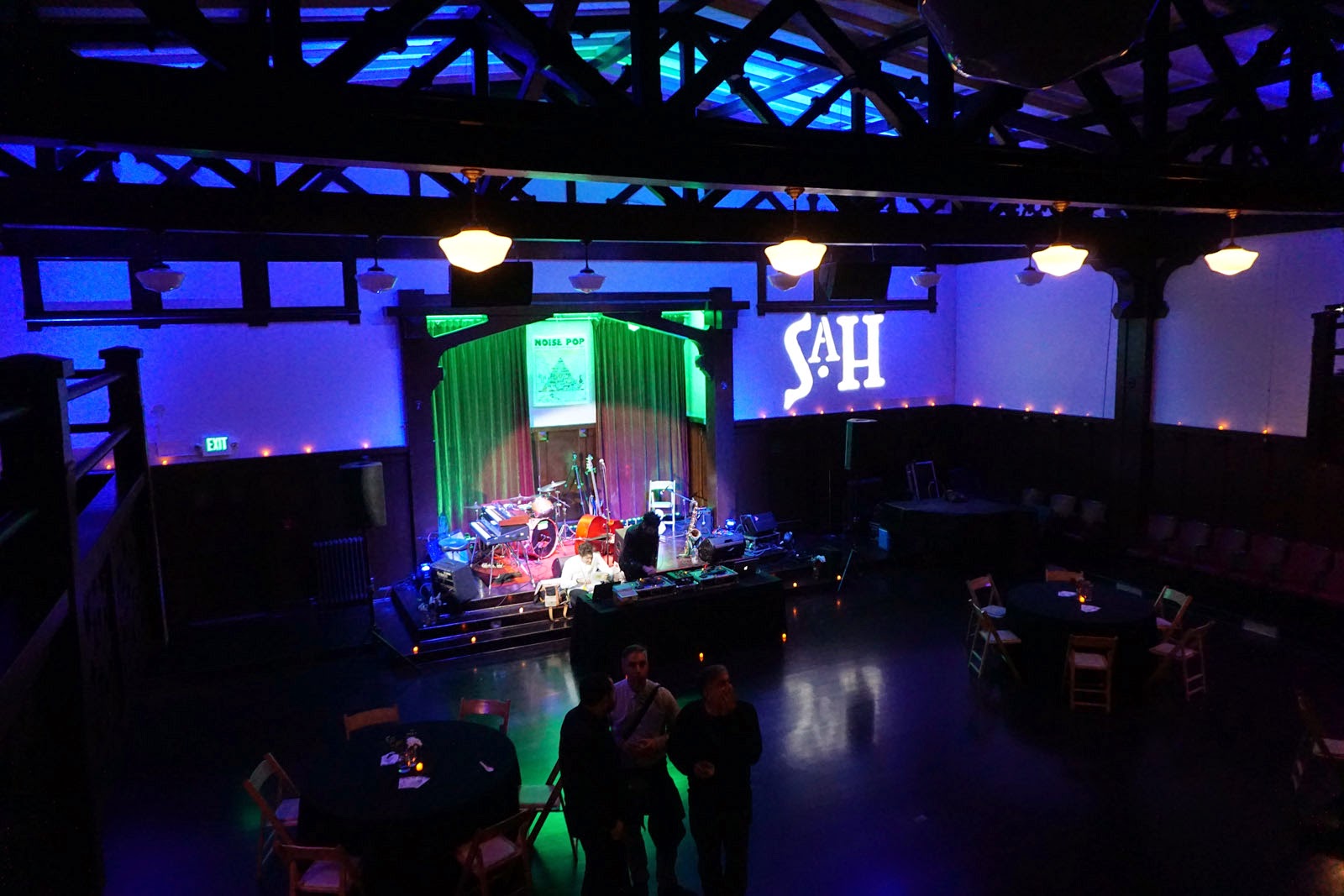 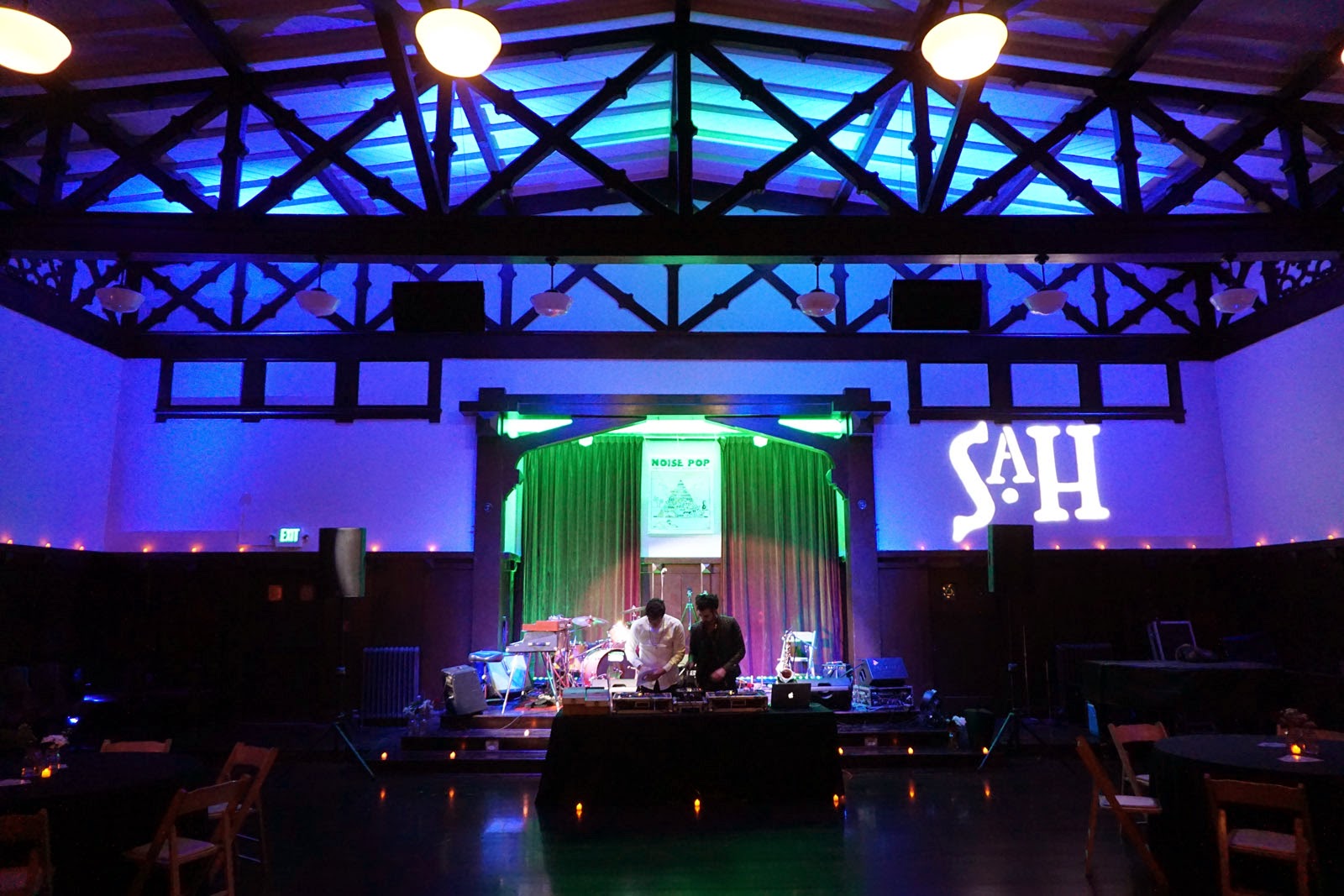 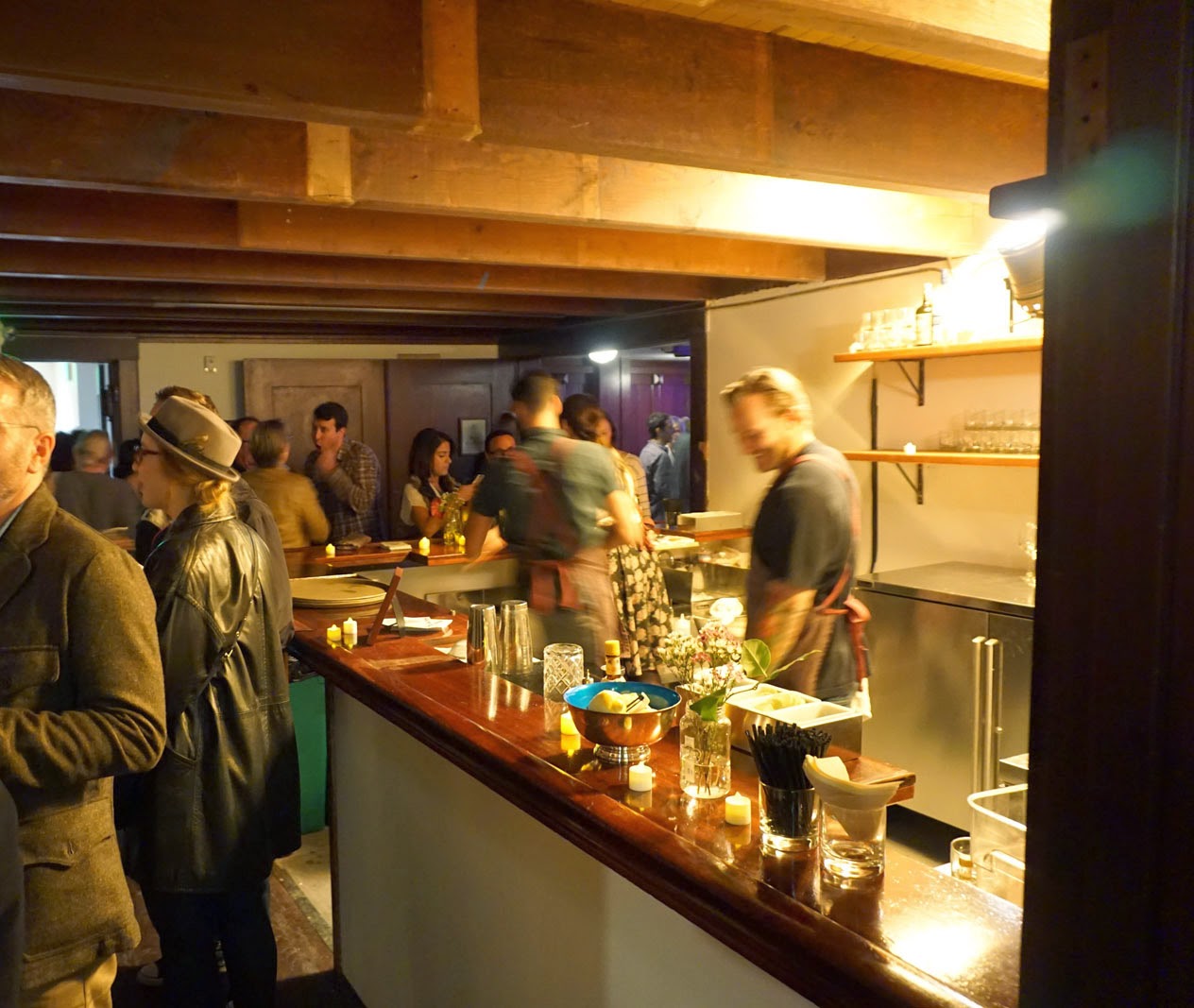 Noise Pop plans to host "dinner and a show" events at the Swedish American Hall, and has enlisted the Ne Timeas Restaurant Group, the folks behind Flour + Water, to craft the culinary offerings. Last night, they worked the crowd with trays full of beef tartare on a potato roll, hamachi with guava, and mushroom arancini. The food previewed what might be available once the space debuts its dinner menu, which will rotate frequently.

The Bon Vivants, who run the bar Trick Dog, have been tapped to pour the drinks, serving up cocktails like the "John Darnielle 2009" (Jameson, Meyer lemon, vanilla, bitters) and "Rilo Kiley 2004" (Deep Eddy vodka, apple, lime). No word yet on cocktail or menu pricing. 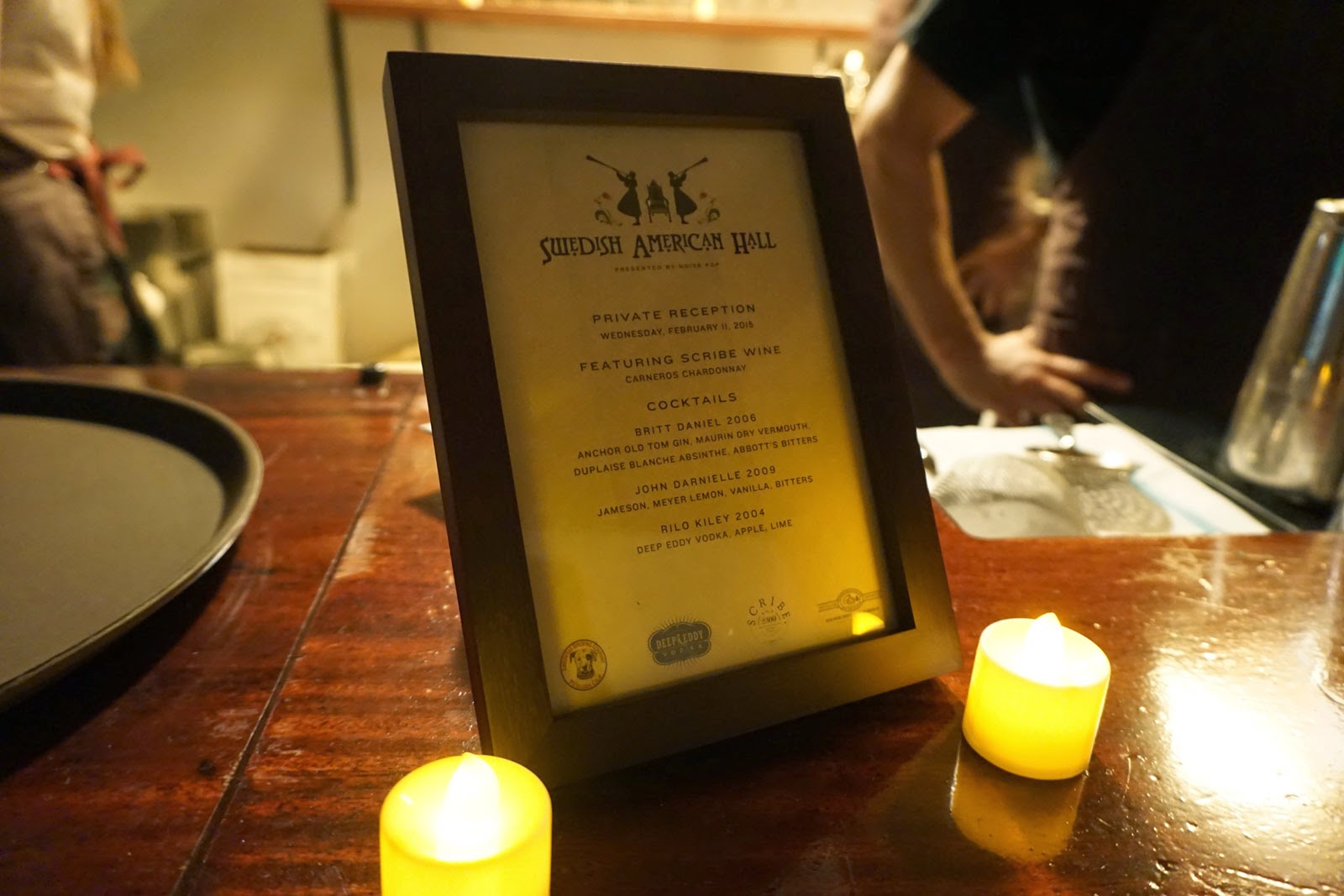 Look for the newly revamped Swedish American Hall to open its doors to Noise Pop fans on Friday, February 20th.