The neighborhood has seen its share of trees falling down from wind, moisture, prolonged neglect, poor species fit for the San Francisco city environment, or some combination of the above. 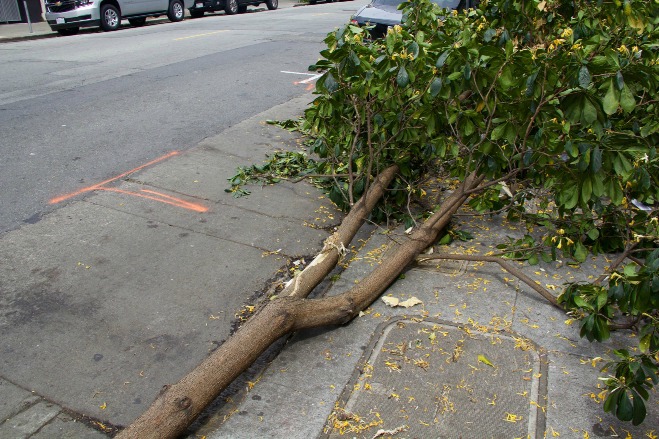 This street tree in front of Noc Noc on the 500 block of Haight was clearly struck by a large, blunt object. People we talked to in the area are speculating that it was a delivery truck with some area bar owners jokingly blaming a white van.

A presumably fake piece of evidence has been left at the scene: a plastic axe. We are continuing to investigate. 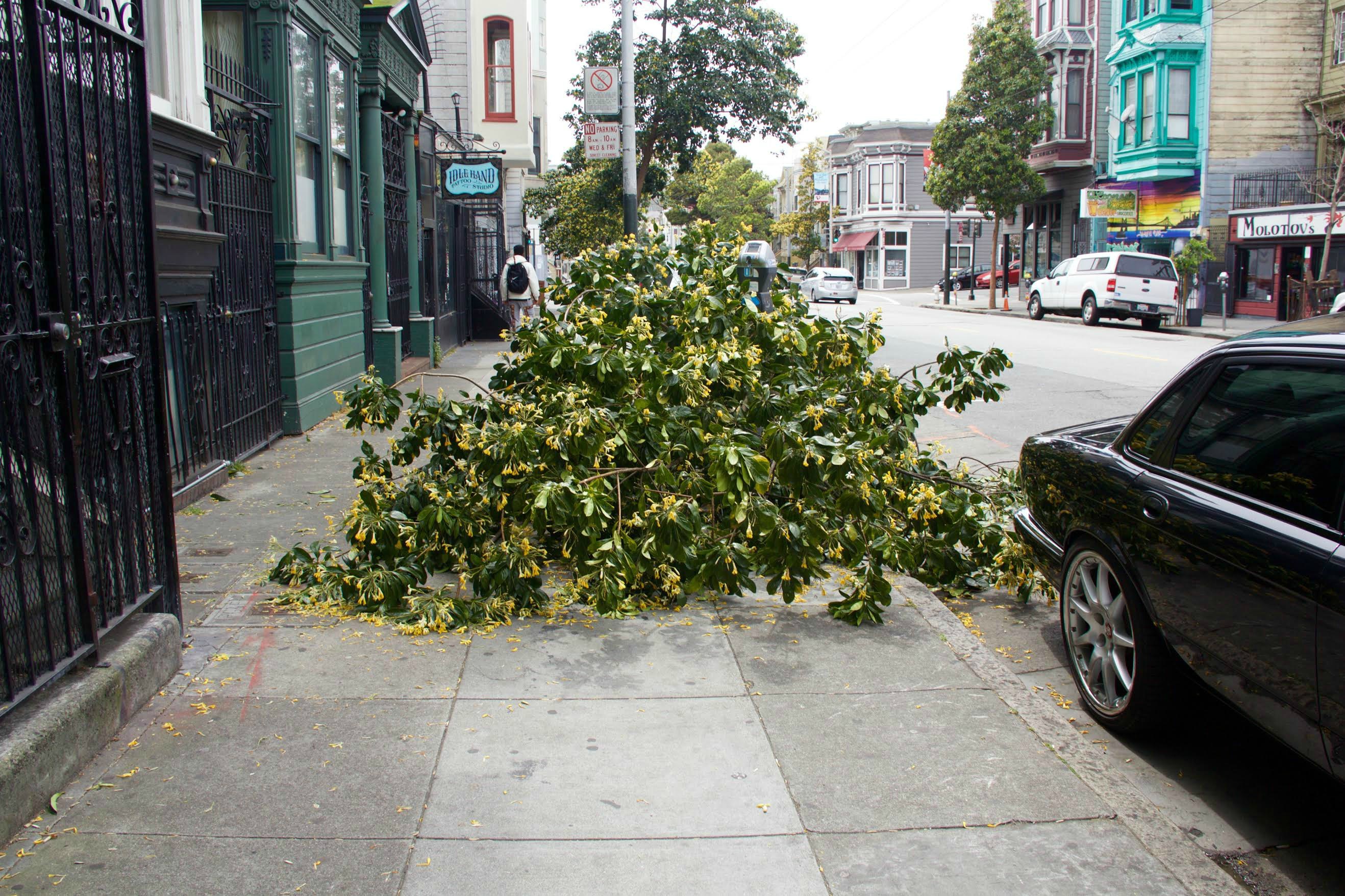 Neighbor Brad Mu tells us that he was walking to the eye doctor yesterday when he almost got hit by the falling tree.

He turned onto Steiner and then right onto Haight, the truck pulled in and "it happened really fast" – it hit the tree, which snapped and fell. He said the person driving the truck just stopped and was laughing, but didn't pull over and didn't get out of the truck. He immediately took a photo, which you can see below. Mu believes that if he were 4 or 5 steps further up the sidewalk, the tree would have fallen on him.

He called the Department of Public Works and they asked him questions like "how much clearance is there," "would someone on a wheelchair be able to get by on the sidewalk," etc. and said they would send someone over. He told the DPW person he thought the company that owns the truck should pay for the tree, and he tells us she replied by saying that the tree is city property but that it might be a case where the city would get the truck owner or business to pay for it.

Per his photo, the truck owner appears to be local food and wine importer Lettieri & Co.