Longstanding Lower Haight coffee shop Bean There, which has stood on the corner of Steiner and Waller for 21 years, shared news yesterday via an email that it is closing down for good.

The cafe shuttered for an earthquake retrofit in late December, but at the time, owner Mike Fakhoury told us that the plan was to reopen on March 1st. Aside from a seismic upgrade, the plan was to renovate the interior of the cafe as well. "It should be nice," he told us in December. "We're going to take what we've got and make it better." 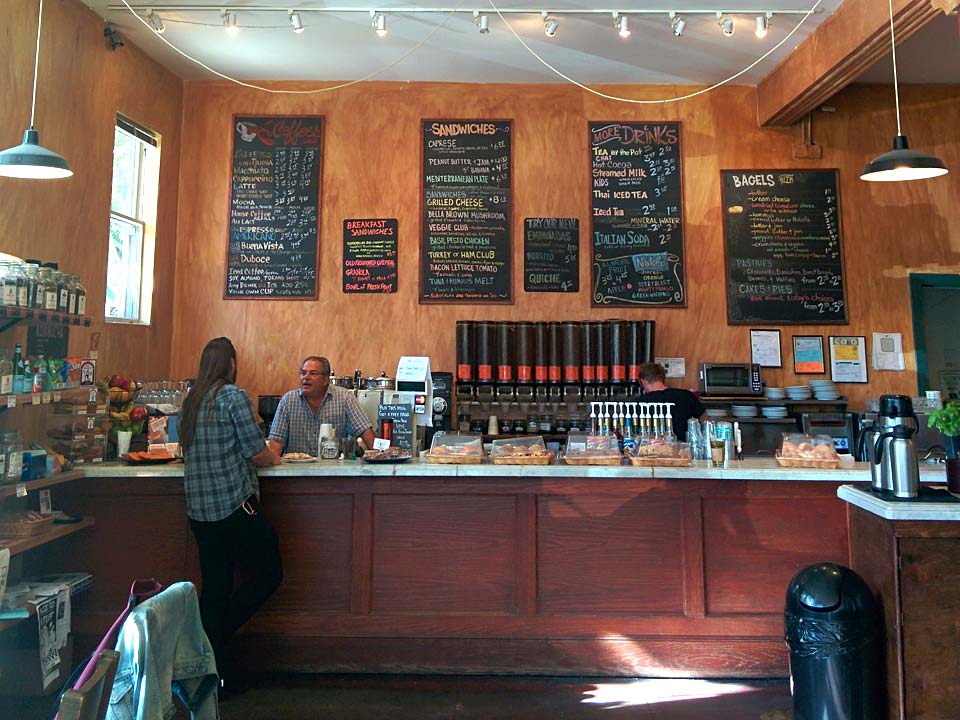 But a new and shiny Bean There is not to be. Owners Susi Weissmann and Mike Fakhoury wrote a letter to their regulars yesterday, announcing that the popular cafe would be not be reopening.

It is with great sadness that we write this letter to you.

As most of you know, we have been negotiating over the last few months our new lease for Bean There. After 21 years we were excited to renovate the cafe and make it more comfortable and enjoyable for all of you that have supported us for so long, a few of you from our very first day. We did in fact come to an agreement with our landlord, not a great one, but one none the less and were waiting for the lease contract to sign. We were also coordinating with the landlord on upgrades and changes he was going to make for us as part of the seismic upgrade work he is presently working on for the building.

But as of today, Bean There Cafe does not exist any more. We received a brief email from our landlord informing us that our lease was no longer available to us. After a phone conversation, he made it clear that he had shopped out the space while keeping us from knowing and that we had no chance to continue.

We are devastated to have to give up the cafe in such a manner. Above all, it is heart breaking to know that we will not see you, our friends, everyday as we did for so many years. You were not just our customers but our friends.

We want to thank you all for choosing Bean There for the last 21 years as your favorite coffee place, the place to read the newspaper, discuss politics and events with your friends, for making it your work space, your cafe to have meetings, to find your neighbor hood community.

We also want to thank our exceptional crew, who made Bean There the warm and welcoming cafe that it was.

We will begin immediately to look for another location and we hope we will see you again.

According to Weissman, the landlord had initially agreed to keep Bean There on as his tenant post-retrofit. While the cafe's five-year lease was up on December 31st, a verbal agreement was made and a draft of another lease was drawn up but never sent to Bean There's owners (see 2/25 update, below). The landlord notified the pair on February 12th that the lease was no longer available, and that he'd found another tenant for the space.

Update, 2/22: We got in contact with landlord Danny Scher, who told us that he'd given to the lease to Fakhoury but that it had not been signed, pending further negotiation. He confirmed that he had found another tenant for the space.

The news came as a big shock to Weissman and Fakhoury, who, with the understanding that their lease would be renewed, recently purchased new appliances and furniture for the cafe.

Update, 2/25: Weissman has clarified further: "Since our 5-year lease came up we negotiated the new rent with the landlord in August. End of October we got the draft of the lease. Obviously that was stated wrong in the article. We send the lease back after going through it with an attorney. From then on we waited to get the final lease back so we could sign it. This is our side of the story."

No word yet on who the new tenant of 201 Steiner St. might be.

Thanks to tipsters Brian and Jami.