Amid a fair amount of turnover at San Francisco's Ferry Building this year, we have the good news that local high-end grocer The Epicurean Trader is still on track to open in the former Farm Fresh to You stall by early in the new year. Hoodline broke the news about Epicurean Trader's arrival at the Ferry Building back in February, and at the time the target was a summer opening.

Tipster Albertino M. brings us a shot of the signage on the under-construction wall that still says "Fall 2020" on it, but he says that the new target opening timeframe is January 2021. 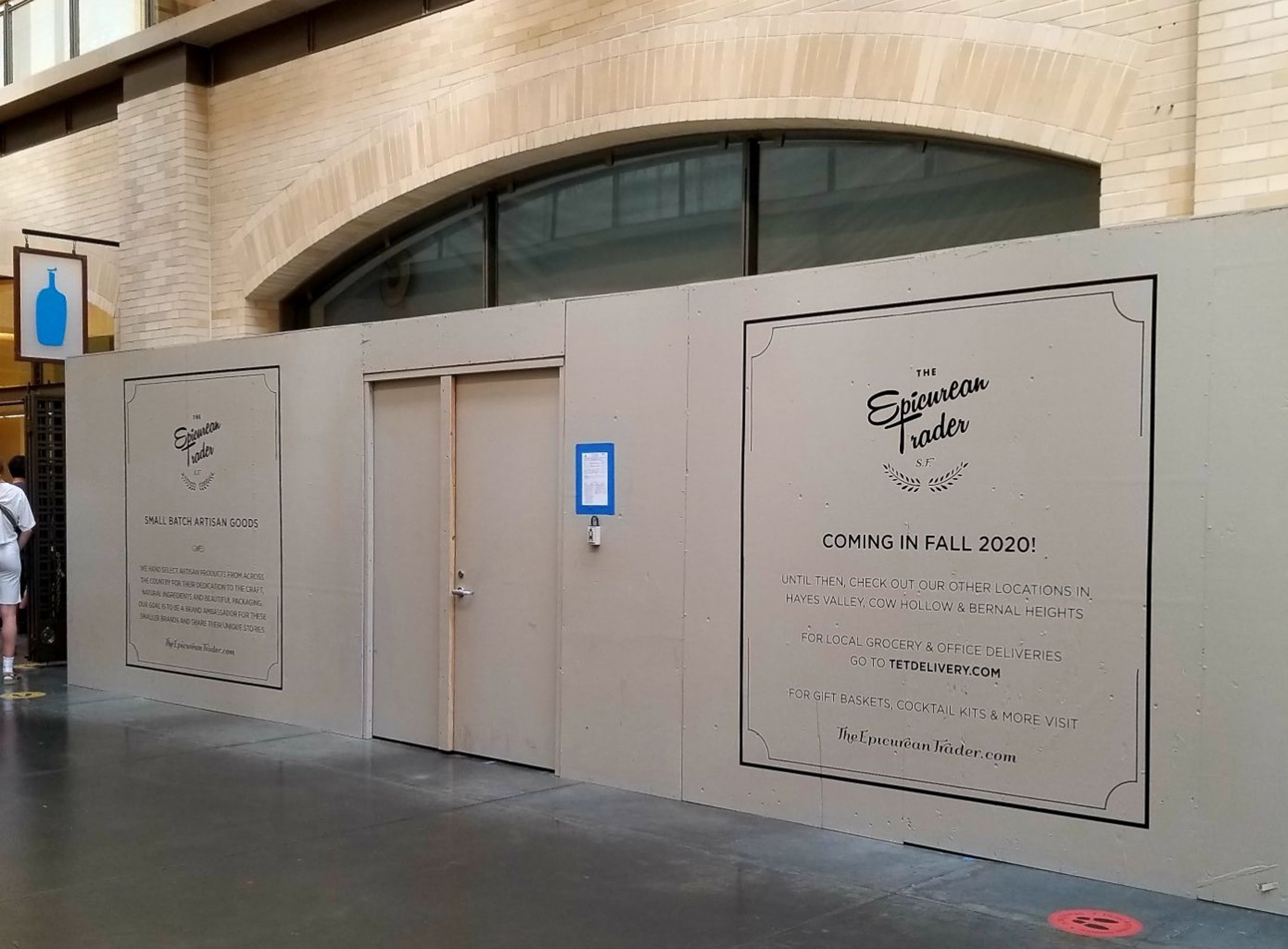 The Epicurean Trader, which specializes in wine, spirits, meats, cheeses, sandwiches, and "small-batch artisanal goods," has three other locations around the city after first debuting in Bernal Heights in 2015 (at 401 Cortland Ave). Since then, Australian owners Holly and Mat McDell have opened locations in Cow Hollow (1909A Union St.) and Hayes Valley (465 Hayes St.), with the latter just opened last year.

The Ferry Building is in sore need of some fresh blood, with a number of businesses there having closed both shortly before and during the pandemic. As Eater reported in July, the complex has remained open throughout this year, serving as a transit center in addition to being a food-focused mall. But a number of businesses have permanently closed, including Farm Fresh to You, which closed on March 1, and MarketBar, which announced its impending closure just before the city locked down due to failed lease negotiations. Also pre-pandemic we lost Mijita, Traci Des Jardins' 15-year-old upscale taqueria; and the first San Francisco outpost of Tanya Holland's Brown Sugar Kitchen came and went in less than a year, closing in January 2020.

Thankfully, Boulette's Larder has survived so far, and bigger spots like Gott's ad Hog Island Oyster Co. have been humming along with outdoor dining — though Slanted Door has remained indefinitely closed.

San FranciscoEmbarcadero
About 21 hours ago