Hoodline has learned that two people who are part of the restaurant group behind two-Michelin-starred Saison are set to open a new Mexican restaurant at 2223 Market St., formerly Nomica and before that neighborhood favorite 2223 Restaurant.

A liquor license application filed on March 24 indicates the restaurant's name as Comodo (Spanish for comfortable).

Public records indicate Comodo is being opened by Jagjeet (Jag) and Jessica Kapoor and Julio Aguilera. Hoodline reached out to the three business partners but they declined a request for comment. 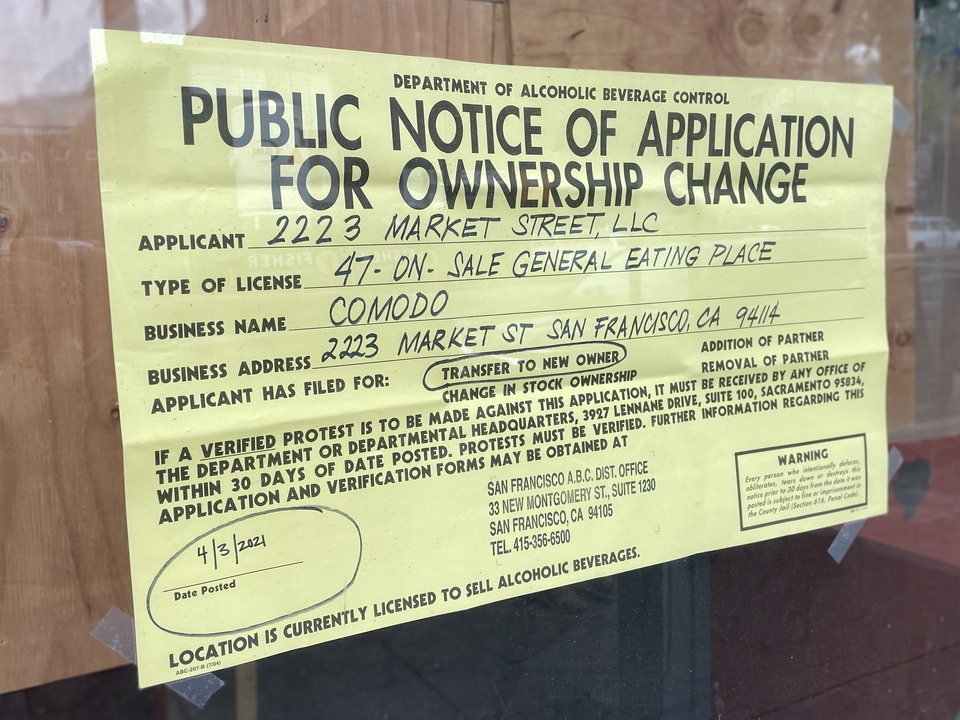 Aguilera is no stranger to opening San Francisco restaurants, he was the executive chef at La Urbana (661 Divisadero) when it opened in 2013. According to Aguilera's Linkedin page, he is currently the executive chef of Miami's Spanish tapas restaurant Morrofino Barcelona. However, it appears the restaurant never opened and its website has expired.

As Hoodline reported in August, the liquor license at 2223 Market was transferred to Ralston Ventures LLC after the short-lived Izakaya Sushi Ran closed in 2019 after just seven months. At the time Ralston Ventures Ken Marciano told Hoodline he and his colleagues were in discussions with three different restaurant groups interested in the space.

The space at 2223 Market has seen a great deal of turnover in the nine years since 2223 Restaurant closed in 2012. Since then, it's housed four closed restaurants: Jake's on Market, Pesce, Nomica, and Izakaya Sushi Ran.

In recent months the space has been undergoing a remodel and construction workers have been seen inside. Public records indicate a permit was issued for the addition of an American with Disabilities Act (ADA) bathroom. 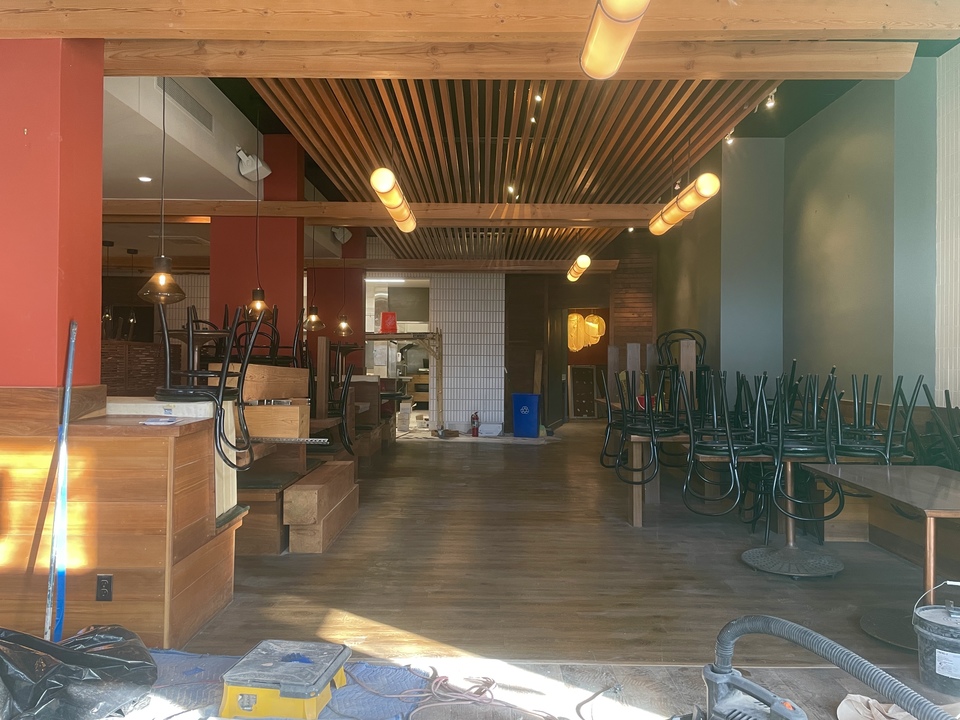 An opening date for the new restaurant has not been announced at this time.

The opening of a new restaurant in the space would fill one of six vacancies on the 2200 block of Market.