The Castro Theatre and Another Planet Entertainment (APE) have announced their plans to celebrate the 100th anniversary of the historic theater.

Plans include a week of screenings featuring iconic films from each decade of the Castro Theatre's history, from June 3 -12. Tickets to the screenings are on sale now.

Also, to mark the 100th anniversary of the theater's 1922 debut on June 22, a day of movies that were all filmed in San Francisco will be screened. Opening night at The Castro Theatre on June 22, 1922. | Photo: OpenSFHistory

“It continues to be my family’s honor and privilege to own the Castro Theatre,” said Steve Nasser, co-owner of the Castro Theatre. “After two years of COVID-forced closures, it is such a joy and a pleasure to reopen and to work with the very best, and most sensitive local producers around, Another Planet Entertainment.”

Nasser and Elaine Nasser Padian are the third generation of this family to lead the company, founded by their grandfather Abraham and his sons who conceived and constructed the Castro Theatre in 1922.

Architect Timothy Pflueger designed the Spanish Baroque-style building, and it was updated in the 1930s with the Art Deco marquee, sunburst chandelier, and neon sign.

Classic films scheduled to be screened include The Lodger, Night at the Opera, The Lady from Shanghai, Casablanca, From Here to Eternity, Some Like it Hot, Breakfast at Tiffany's, Star Wars: A New Hope, The Godfather, Raiders of the Lost Ark, Casino, The Birdcage. 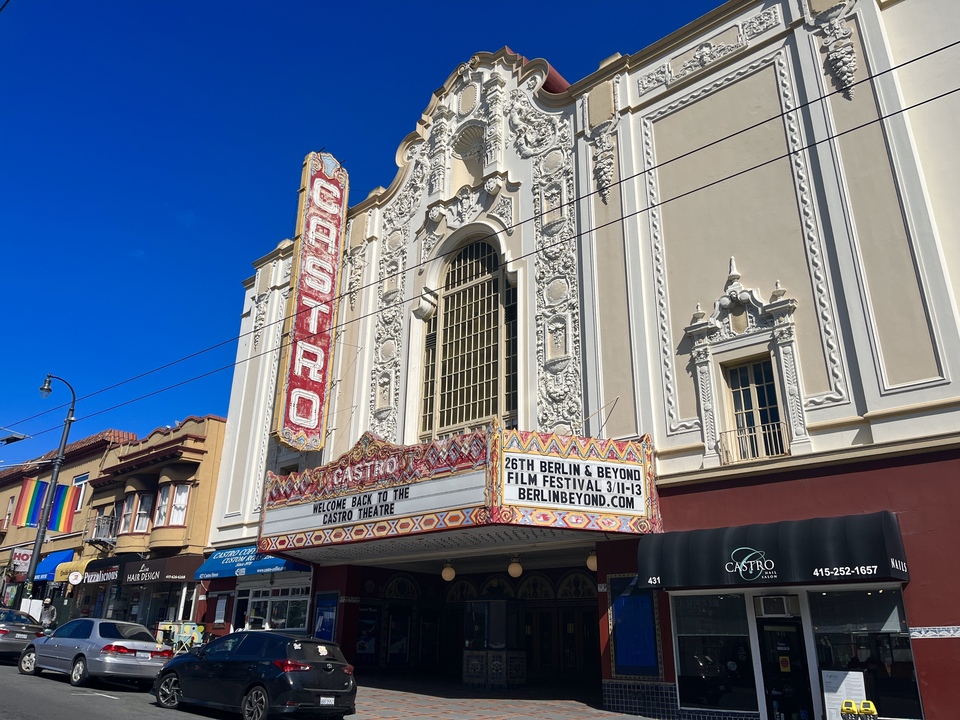 More current releases set to be screened include Ironman, No Country for Old Men, Black Panther, and Bohemian Rhapsody.

San Francisco-themed films scheduled to be screened on June 22 include San Francisco, Mrs. Doubtfire, Dirty Harry, Sudden Fear, and Bullitt. (See below For a full list of scheduled films).

Noticeably absent from the list of films during this celebration is Gus Van Sant's 2008 Academy Award-winning biopic Milk. APE spokesperson David Perry tells Hoodline that the film will be shown at a later date. "We’re in the midst of planning a special screening of “Milk” as a fundraiser for a local LGBT nonprofit," said Perry. 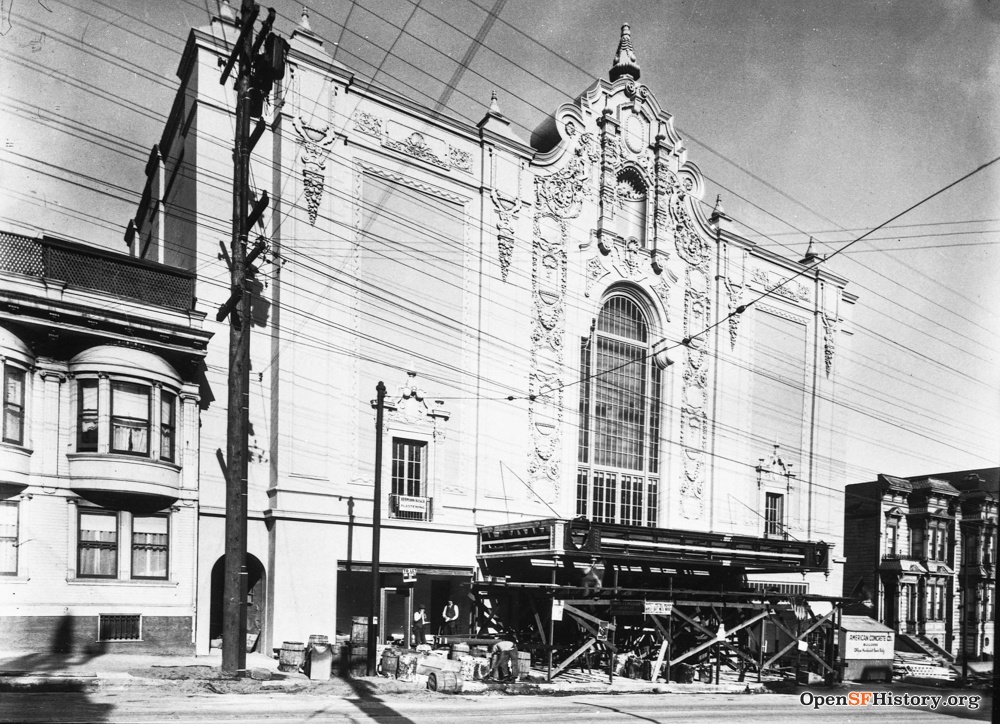 “The Castro is much more than a theatre,” said Mary Conde, Senior Vice President for Another Planet who oversees the overall Castro Theatre Project. “An LGBTQ touchstone, a film-lovers icon, a community landmark, and an architectural gem, the Castro is unique. Another Planet is honored to restore, renovate and revitalize the Castro as a home to everything we’ve come to love about the Castro, and expand its audience.”

Neighborhood residents continue to have questions and concerns about the future of the historic theater. Earlier this year, Greg Perloff, APE CEO and co-founder, addressed some of those concerns in an interview with Hoodline.