Hoodline readers will recall Eros shuttered last year after 30 years in the Castro ahead of moving to a new location in the Tenderloin. A new 7-story, 29-unit mixed-use condo building has been proposed on the site.

"We're trying to create a space for empathy and conversation and bringing a lot of different sides of San Francisco that don't normally talk together," said Goeller. 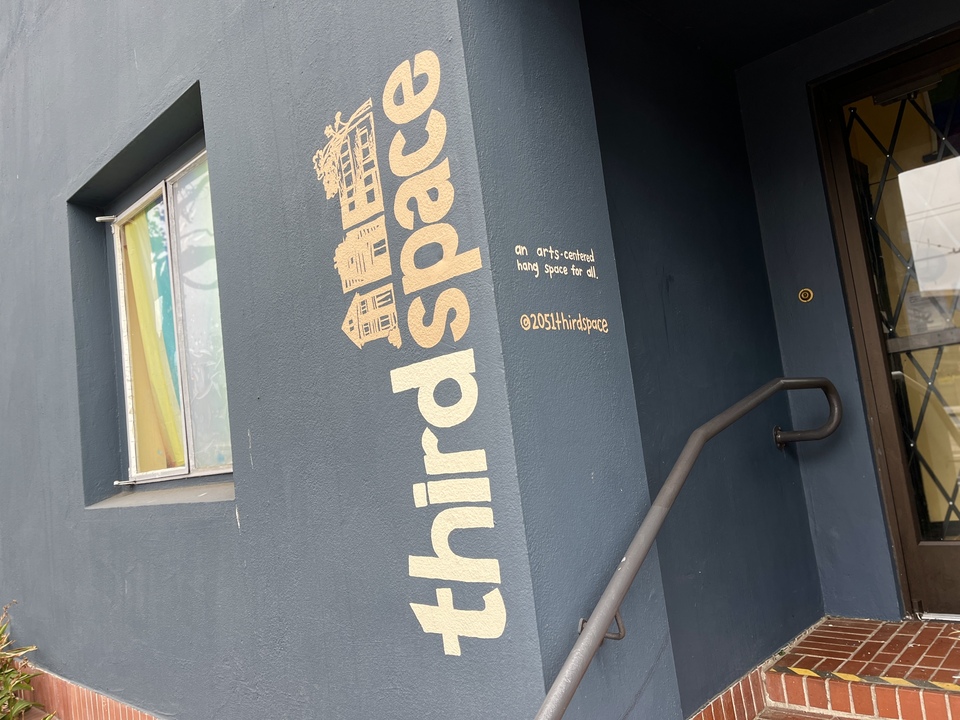 Third Space is one of a handful of organizations that will temporarily operate out of the building while developers obtain the necessary permits. Goeller and Nyangau tell Hoodline they anticipate being at this location until Fall 2023.

Owned by THG, INC., the brokerage firm will also have office space inside the building, and gallery ArtFuse SF will also be using the space.

"The concept is home is first space, work is second space and third space is this extra place that's not a bar and not a church," said Goeller.

Goeller explained that Third Space will not be hosting curated events or taking commissions. Instead, said Goeller, "We're trying to take a more community center approach and take everyone who applies. We're going to bring in artists who don't normally have access to gallery spaces, where people can come and talk about tough things that don't usually have a place in everyday language." 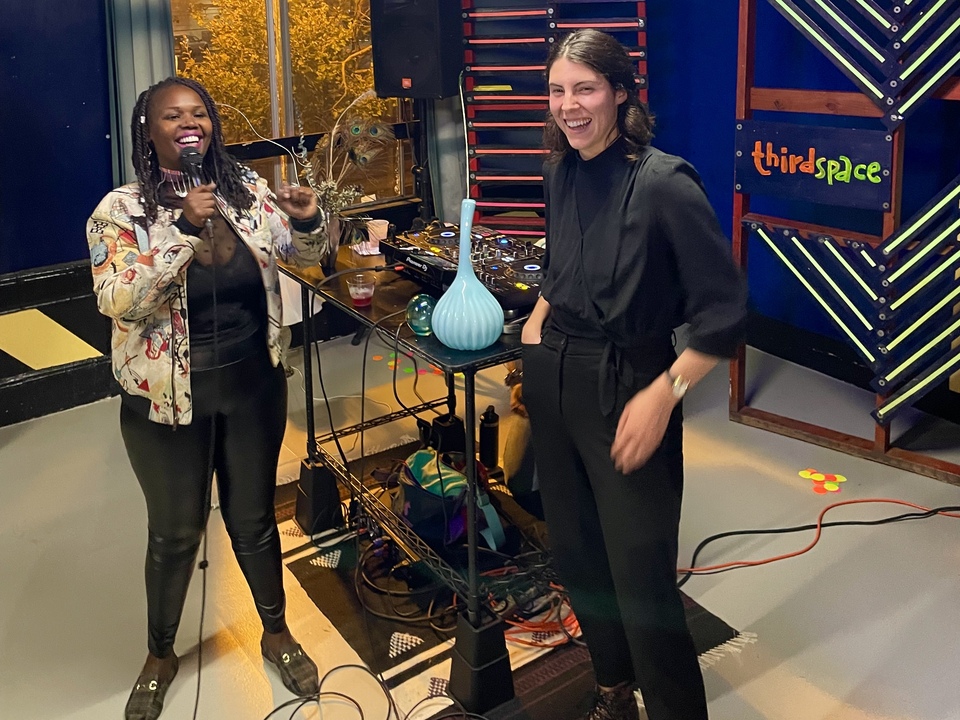 Goeller and Nyangau explained their business partnership only began mere hours before they found the space. Goeller, an artist and designer, and Nyangau, a UC Berkeley biochemist by day and artist advocate by night, came up with the idea of opening their own space while talking on the phone about an unrelated art discussion.

"We realized that we have different approaches," said Nyangau. "As long as we have the core the same, it doesn't matter what our approaches are."

They saw a social media post from building owner Antoine Sindhu advertising the space. Having never met in person, Goeller and Nyangau pitched the idea to Sindhu who was immediately onboard. Goeller and Nyangau explained that all three agreed that they wanted to create a space where anyone was welcome.

"It's one of the best blessings that's happened to me this year," said Nyangau about meeting Sindhu. "We'll see where it goes."

Goeller and Nyangau kicked off things last Friday with a grand opening launch event and plan to host a variety of other events, parties, and panel discussions. They're hopeful that the launch event will result in more interest in the space from the community to host events at the space.

"It was so much more beautiful than we even let ourselves imagine," said Goeller about the launch event. "Big deal, good energy, finally good community. Really looking forward to creating more space for stuff like this."

"I was completely blown away and so happy to be a part of it," said launch event attendee Daniel Schrimshire. "Congratulations on an absolute triumph."

At this time, Third Space will host two monthly events - one on the second Saturday and another on the last Friday of every month.

Goeller said that they are working with the Castro and trying to get community representatives and organizations to bring events to Third Space. They've also brought community member Yves Chu on board as an ambassador and plan to bring on more people in the future.

Third Space will utilize both floors of the two-story building. Three downstairs rooms will be used for art pop-ups and textile printing and a reception area on the ground floor will be reserved for THG's offices. 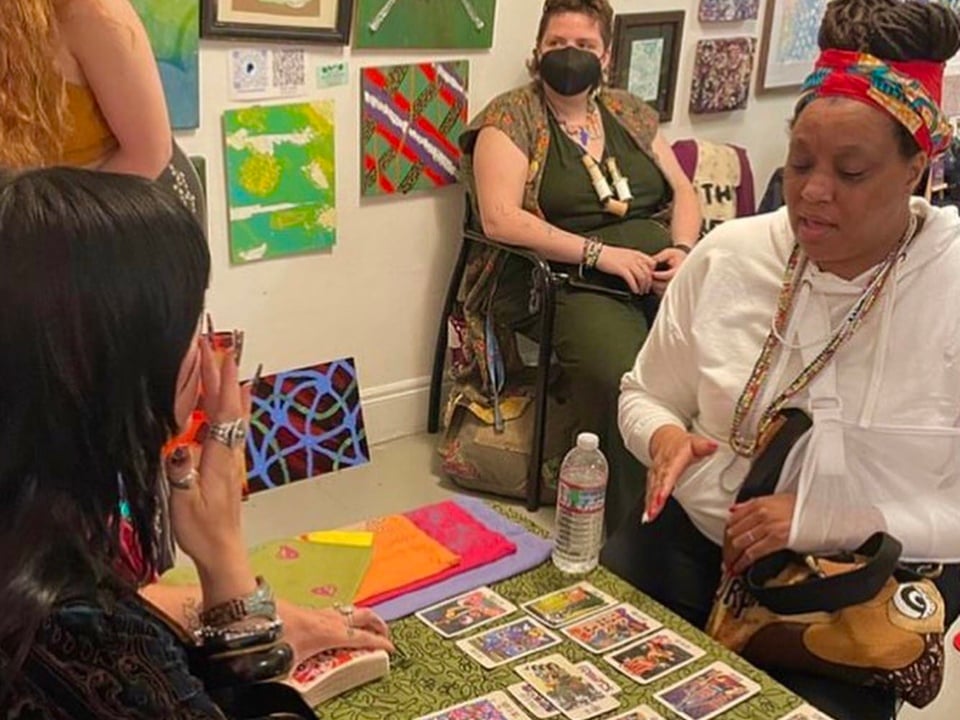 Two rooms upstairs and a hallway host the main exhibitions, bar, and DJ area. A back room formerly used by Eros as a dungeon has been converted into an interactive blacklight room. "I like it because it's so grungy and awesome," said Edna about the blacklight room.

The sauna space has been converted into a hot room for 'hot topics space' said Edna. In this space, people will be able to write messages on the wall.