How's it Hanging softly opened over the weekend and officially opened Friday, July 1 in the former Blumen Space at 548 Castro Street. Hoodline readers will recall Blumen closed earlier this year after four years in the Castro.

Owner James Belisle tells Hoodline that How's it Hanging is "an indoor and out nursery featuring a majority of hanging plants and house plants."

How's it Hanging's opening comes just days after neighboring nursery and garden shop Hortica (566 Castro) announced its closure on the same block after 25 years in the Castro. 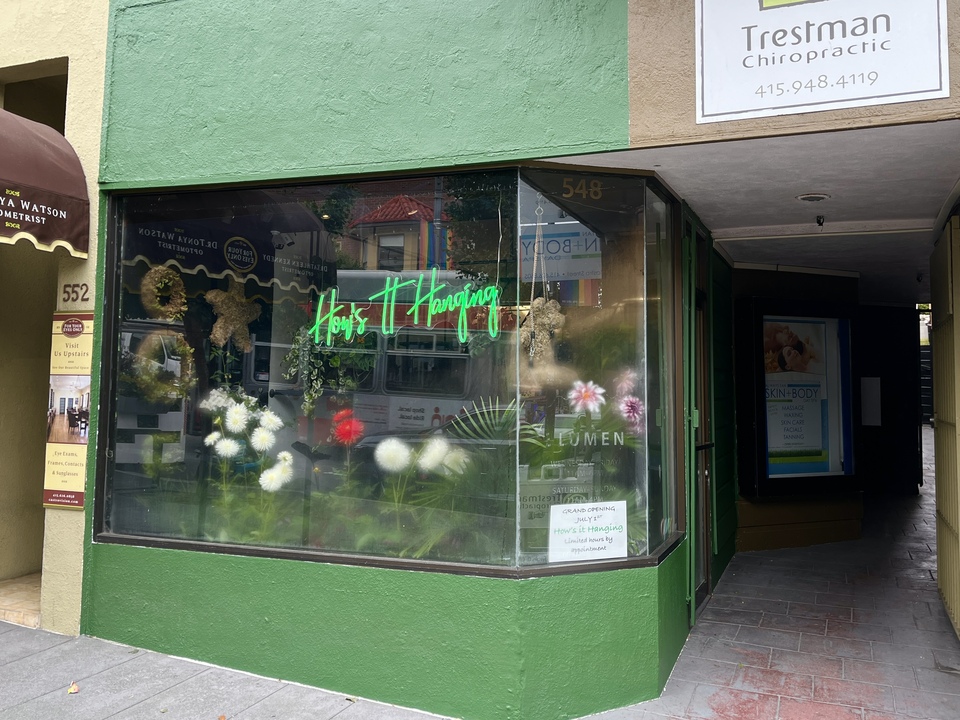 Born and raised in San Francisco, Belisle currently resides in the Mission. Belisle tells Hoodline he previously worked as a landscape architect and has been a real estate agent at Vanguard Properties (formerly Herth) for 25 years.

"I'm a plant guy and a gardener," said Belisle. Belisle is no stranger to running a plant shop, he previously operated a nursery in Windsor from 2008 to 2012.

During the past two years of the pandemic, he said the real estate industry shifted dramatically. "It's gone digital and become incredibly mobile," said Belisle. That shift enabled him to do the majority of his work without needing to go into the office.

Because of this change, Belisle said he began to think about opening a nursery. 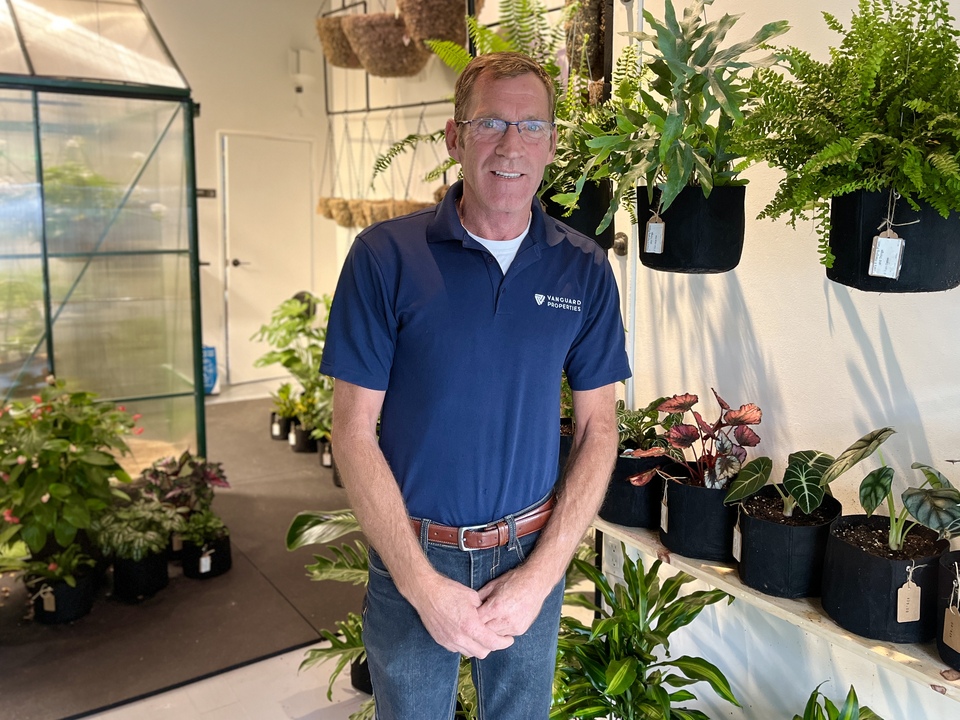 Originally, Belisle was looking in Sebastapol where he partnered with an artist friend. Belisle said they found a location and even set up a greenhouse. Ultimately he decided it wasn't the right fit and he walked away.

Belisle then started a discussion with Hortica owner David Gray about a potential partnership. "I spoke with David about bringing some life and energy into that space," said Belisle. "It didn't really pencil out."

Belisle then put the idea of opening a plant shop behind him but got a call from a friend about the vacant Blumen space.

The storefront wasn't exactly what he was looking for because it lacked an outdoor space but Belisle says he realized, "I've got a greenhouse and grow light, so it just kind of evolved." Belisle tells Hoodline he signed a new five-year lease.

Belisle intended to call the Sebastapol shop Green Thumbs and was going to do the same for the Castro shop. But then he was looking around the neighborhood and saw Hand Job across the street and said, "It just hit me like a lightning bolt."

"I really wanted to reflect that I was doing hanging plants and moss baskets," he says. 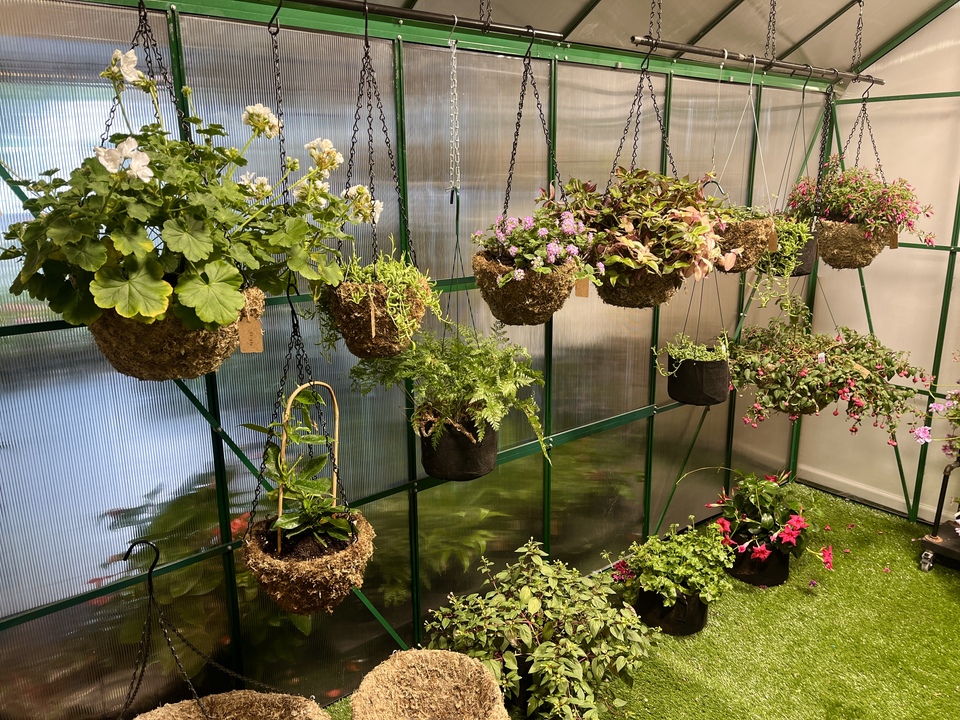 The inside of the shop is simple, customers can pick up a variety of indoor and outdoor plants and moss baskets that are all made by Belisle. There's even a swing inside for customers to hang out on and a mural on the storefront's exterior will soon go up.

"They really benefit the plants," said Belisle about the baskets. "They retain moisture, drain well and it's a success."

Belisle said he opened in the Castro in order to help a neighborhood that struggled with retail vacancies in recent years. "I know as a realtor there's a tipping point in commercial districts," said Belisle. "When the vacancy gets to that certain critical point the neighborhood just kind of collapses. The tourists stop coming, people stop patronizing the businesses, and it just spirals down."

"After Covid, the Castro really needs that lift," Belisle added. "Especially with Dave [of Hortica] closing up the street," said Belisle.

Belisle said the closure of Hortica wasn't the motivation to open but "I'm glad that I'm able to fill that void and continue to offer the neighborhood plants." 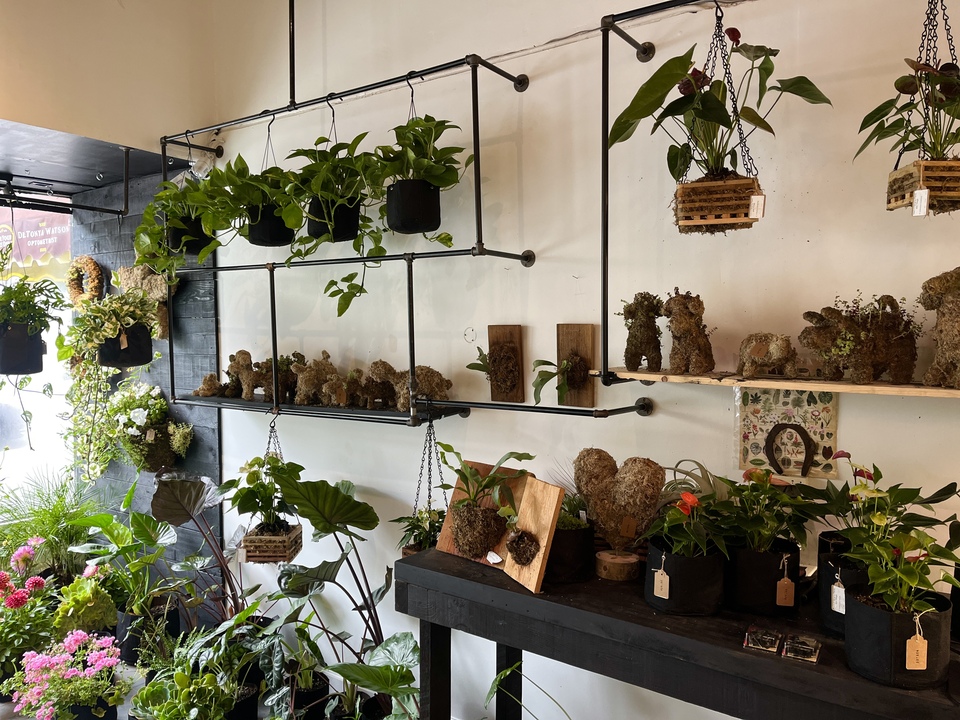 The Castro already has a handful of house plant options including Ampersand (2190 Market) and Plant Therapy (2077 Market) however Belisle thinks there's room for growth. "The nursery and plants business is kind of non-competitive," said Belisle. "We all find our niche."

In order to set himself apart, Belisle gives each plant a personal touch. Instead of leaving the plant in the plastic pot it comes in, all the plants are transplanted into either a moss basket or cloth pot.

Belisle explained that most San Franciscans don't have a yard or potting bench where they can work on their plants. "They'll buy plastic pot, bring it home, and six months later they don't understand why it's not doing anything."

"I'm doing that step for people and guaranteeing that my plants will be successful," said Belisle. Belisle says he's trying to stay as reasonable as possible. Plants will cost anywhere between $20 to $150. 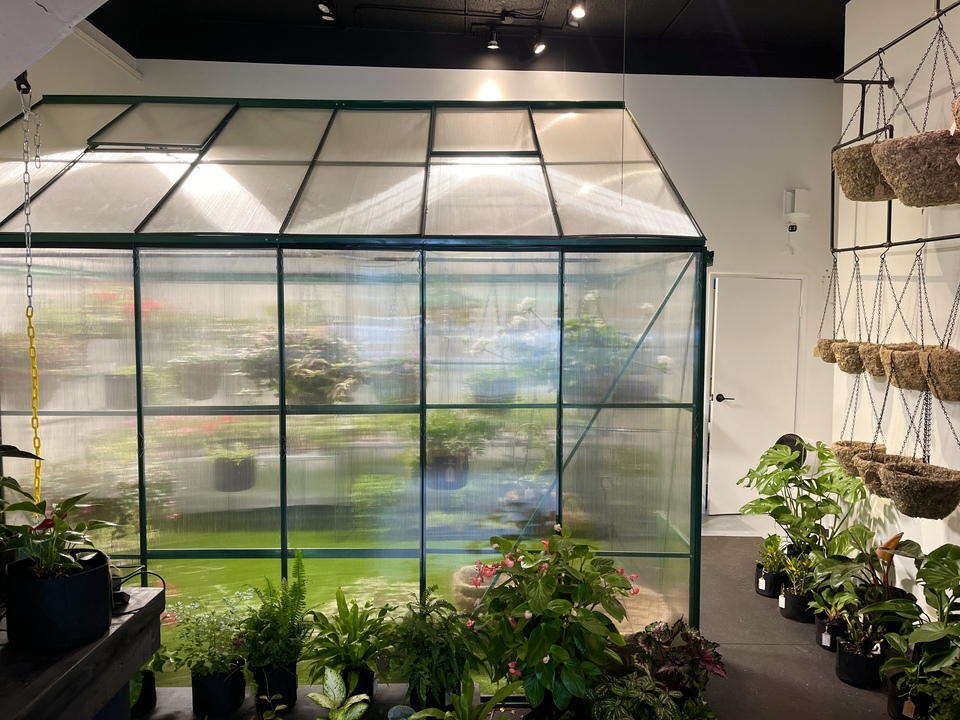 "I don't want to carry the specialty rare, hard to keep alive stuff," said Belisle. "I want to provide what people are looking for."

Besides selling plants, Belisle says he plans to host art shows, music, and other events to help attract customers to the area.

How's it Hanging's opening fills one of many storefront vacancies along the 500 block of Castro St. In May, art pop-up Queer Arts Featured opened in the former HRC Store.